System Specs
I own a laptop equipped with this GPU device ID is (10DE-1C91). As I mentioned in the title the GPU name includes Max-Q despite the GPU not being actually one. From what I saw in many games GPU clock speeds are north 1700Mhz most of the time and it operates on 1.1 volts which is way higher than Max-Q GPUs are supposed to run at. As a side note nvidia control panel also have no indication of the GPU being a Max-Q variant. Secondly the release date in GPU-Z app is incorrectly reported despite having the correct release date listed on the TPU online GPU database.

hgk87 said:
As I mentioned in the title the GPU name includes Max-Q despite the GPU not being actually one
Click to expand...

What do you see in Windows Device Manager? GPU-Z should show the same text
H

System Specs
GPU-Z is correct on the naming it's the online database that got the naming wrong. Here's the link if it helps. https://www.techpowerup.com/gpu-specs/geforce-gtx-1050-3-gb-max-q.c3408

System Specs
Here it is. 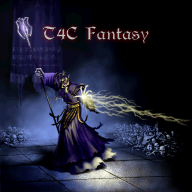