toyo said:
My 1070ti with Micron VRAM can only do about +350MHz on it before things get unstable. At first I thought +400 worked OK, but the card would TDR 1-2 times/month.
I'll have to assume very few actually care about rock solid stability. Most people that OC do it the fast&dirty way after settings they've seen on the web, with close to 0 stresstesting.
Click to expand...

Yeah I know what you mean for the longest time 300mhz is all I could do until I made an extremely aggressive fan curve after 45c and it's good...
I used to care more about the noise but I use headphones now so it doesn't matter.
Triple fan cooler is nice for the silence and does a fantastic job keeping the temps down.
At 2124/2500 the GPU is at a constant 72c but it holds there... Thinking of going even more aggressive with the fan curve. 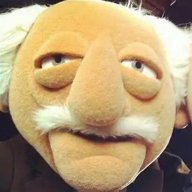 System Specs
@toyo
yeah, same sec i read it, i guessed it was a GB card.
havent seen anything in their lineup since 700 series that would get close to others
when it comes to oc vram. usually because of hynix/micron ram.
nothing bad, but most the time the samsung chips semm to clock the highest.

@jmcslob
just switch to water.
boost clocks start to get lowered passing 54*C, 2080 on water is faster than 2080S thats aircooled.
the LC clocks higher out of the box, than what i get as max boost on the air cooled card.