Moving transmission from one Debian install to another

I'm in a process of rebuilding a NAS machine pretty much from scratch, with brand new hardware.
Since I jumped from a bios motherboard (GA-870A-USB3 from ~2011, AM3+ board) to a modern uefi board (H610M-HDV/M2, which doesn't boot legacy without an external GPU installed) I did a fresh, clean install of Debian 11, upgrading the kernel to 5.15.5 with AUFS enabled (compiled from source code and installed).
Drives are mounted properly in fstab, AUFS is operational, so is samba after copying over the config file.

Now the only issue left is transmission, a bittorrent client.
I copied over all the configuration files from the previous install's SSD, including those "resume", "torrent" folders etc.
Transmission-Daemon starts but the list is empty, configuration (like the whitelist, port) is there but I don't have any of those torrents on the list.
Imporant observation, the "stats.json" is not loaded for sure, because I don't see those statistics when logging in using the "transmission remote gui" software.

The question now is, what and at what point went wrong? I have the entire previous install just sitting on an SSD and I can pull any data from it, so I can copy pretty much anything from a working previous client.
Are there any other files other than the ones located at /var/lib/transmission-daemon (or the /var/lib/transmission-daemon/.config/transmission-daemon) which should be moved, to get the thing to become the same as the old client ?
Or maybe I should make the Daemon do some reading with a suitable command, though I assume it keeps the extra data somewhere else, as those files for sure don't contain (based on their contents inspected with nano) all the data about all the downloads.

Just loading torrent files and data verification is something I would like to avoid, it would mean going through something around 6TB worth of data.
It would take time and would mess with the order of files (I sort them based on "finished" date). 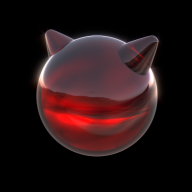 On the new system, you can check your Transmission settings.

'Save to Location' setting should be the same as your old system.