Check out these clips

So it's the part in Fast and the Furious, where the sun's coming up and "Brian" is fast on the heels of "Dom" in the desert! 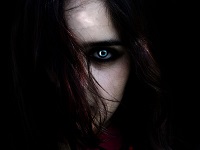 So that just means PC will look even better

System Specs
If you check out www.gametrailers.com there is a stack of videos now.

Pro Street is looking like a winner to me, I was highly disappointed with Carbon's cartoon graphics and terrible physics. Coming from a driving sim/arcade player of about uh, 16 years this looks very very promising to me.

System Specs
this might make me play NFS again.
W

System Specs
Fuse-Wire - That is exactly why NFS is what it is. The sims genre is taken by those two games on each platform. The only other competitive game in the arcade racing genre right now is Juiced 2, and from how much of a failure Juiced got a lot of people including myself will be hesitant to buy the sequel.
TDU at least on PC, sucks a big one and I don't count it in any games comparison. 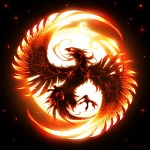 Woah Mama! said:
Fuse-Wire - That is exactly why NFS is what it is. The sims genre is taken by those two games on each platform. The only other competitive game in the arcade racing genre right now is Juiced 2, and from how much of a failure Juiced got a lot of people including myself will be hesitant to buy the sequel.
TDU at least on PC, sucks a big one and I don't count it in any games comparison.
Click to expand...

Juiced isn't an arcade game. They tried to be a sim, but focused too much on trying to make driving with a gamepad/keyboard, the same as driving in real life, and failed. Miserably.

Juiced had no purpose, it bored me. NFS (even Carbon) has always held my interest. I can't wait for Prostreet.

TDU would have been good, but it's Atari...

System Specs
Doog thing, I didn't like Carbon at all. MW was the best IMO, second to NFS2 of course.

System Specs
Talking more about Juiced 2 then that original failure. Apparently they realised how bad Juiced was on a PC that didn't have a full analogue steering wheel. Having RWD cars in Juiced was completely pointless, even not accelerating out of corners made them misbehave.
Has Juiced 2 hit shelves in the UK/States yet?

System Specs
Anyone still remember NFS Porsche Unleashed? That, and NFS Hot Pursuit 2, were my favourites. I find gameplay and interesting circuits more important than buying "bling" and spinners etc.

System Specs
i remember them but street racing isnt my thing, id rather take a 70's Mustang, whap a huge Supercharged V8 from a Ford GT then rip it round the Nurembourg ring, technicality is my sorta thing, where the tiniest adjustment can differ your car handling like a dream or ending up oon the back of a scrappy trailer
W

System Specs
Hey, when Motor City Online got taken down (DAMN EA!) I went awol for months on end having withdrawals. That game was the bomb, I dream of the day that those guys over at motorworldonline actually get around to releasing their take on it. The Jap cars ruined it though, was cool to have a Supra but it wasn't cool to have it powered by a 302 Ford. I would've had fun slapping a 2JZ into a `32 3 window.

System Specs
Greatest damn game of all time if you are a full on rev head that likes building up old yank tanks and muscle cars.
Google will yield plenty of results, there has been petitions to get it back up even today, something like 7 years after it was released. EA just all of a sudden pulled the plug on the servers and claimed that new users were complaining about difficulty getting set up in the game even though there were stacks of veterans that gave things away to people in free trade. Great soundtrack, character customisation and it did cost $10 USD a month for server access, so EA had no reason to close it down as it was continually making them money, probably a few million USD a month. They tried to buy every one off by offering a free copy of Ultima Online or The Sims, I think about 15% of people accepted that cheap scam.
T

Check out these clips

I wish that they would have ferrari enzo!!

System Specs
The main problem with most arcade style racing games is the consistancy of vehichles. Carbon was absolutly retarded as was most wanted for the most part. The pursuit breaker thing is stupid beyond belief, as was the handling of every single car. The viper and vette have more in common with a astonmartin than a charger in terms of handling...
W

System Specs
Kenny - You do know the C6 Vette can outhandle any of the European competitors in its class right? The new Viper also has dramatically improved handling over the old model. Most wanted was sweet aside from the AI's ability to instantly catch up a 20 second gap in a few corners, turning the motion blur off in a graphics tweak that was made increased the fun factor of MW.

Carbon was just lame, aside from not having access to the sweetest cars in it without getting the mod to unlock them it looked like you were playing Initial D.

System Specs
The Viper SRT-10 did handle a bit absurd even on most wanted, almost like it never had enough power. those cars "modded" like in carbon and MW just didn't sum up! a viper that maxes at 240mph nah nae chance, the older model i have on forza does 250mph then i run outa room, and on forza 2 well may i just say bye bye little ferarri's muwahahahaha
W

System Specs
Not many places in the MW map to actually reach more then 250mph though. I found the Viper in Carbon had some balls, was fun to slide around corners but my all time favourite most wanted car was my baby blue pearl Pontiac GTO. Was like pixel sex, so many classic screenshots of sliding through a police roadblock sideways with a few cop cars exploding behind me.
I'm really, really looking forward to the Escort Cossie that I've spied in a few trailers of Pro Street.

System Specs
Yep, check out the movies on gametrailers.com as you can spy the Cossie numerous times. The Cossie and the fact taht we can finally do proper drag racing is something I really like. I hope they bring back the dyno/tuning system from NFSU2 aswell, was sweet to dyno the GTO or Mustang and then screw with the ECU map. There was a setup with the 240SX to get it popping wheelies in NFSU2, was mad fun.