Some additional background information on this topic:

Now, you may be thinking: no more than 8 fragments can be rasterised per GPC per base clock, thus it'd take 4 base clocks to fill a fragment warp, thus apparent rate would be 8 fragments per GPC per clock and thus 32 across the entire chip – why so many ROPs (6 of them equate to a theoretical maximum of 48-fragments per base clock)? Two reasons, at least in our opinion: first, the memory controller-to-ROP connection is so tight that it would have been quite intrusive to remove the extra ROPs, and second, atomics.
Click to expand...

As we said, juicy! It's obvious that maximum ROP throughput equals ~16.8 GPixels/s, which is eerily close to 16.996 GPixels/s and exactly what we'd expect if there were only 28 ROPs on-chip, except we know that there are 40 of them. This is the point where we urge you to look upstream, at the ROP analysis, where we had already told you so.
Click to expand...

If you are looking for the correct peak pixel fillrates of reference GeForces have a look at the German Wikipedia:

Especially for the lower mainstream GeForces the discrepancy between real peak fillrate and displayed fillrate in GPU-Z is large. I.e. the GeForce GT 540M:

AthlonX2 said:
the almighty w1zzard should stop by in a moment
Click to expand...

This moment seems to last forever.

System Specs
ah i forgot about this, i'll look into it over the weekend

System Specs
3dc_member, please confirm that this logic needs to be applied to the following gpus:

I can find no corresponding benchmarks for the low end parts but i don't think that they show any other behaviour.

I've got no Fermi-GPU available, so other users with a GeForce 400/500 should check it out and compare with those values (the ones with GPixel/s as unit):

A user at the forums of 3DCenter.org tried your testbuild with a GeForce GTX 460 and it seems to work:
http://www.forum-3dcenter.org/vbulletin/showpost.php?p=9055220&postcount=359
He also measured the pixel fillrate which gave a peak of around 9.5 GPixel/s for color fills while your testbuild of GPU-Z displays 11.2 GPixel/s (which is the correct theoretical value in my opinion).

I noticed that you used the testbuild for the reviews of the GeForce GTX 560 Ti 448 cores.

3dc_member said:
He also measured the pixel fillrate which gave a peak of around 9.5 GPixel/s for color fills while your testbuild of GPU-Z displays 11.2 GPixel/s (which is the correct theoretical value in my opinion).
Click to expand...

I noticed that you used the testbuild for the reviews of the GeForce GTX 560 Ti 448 cores.
Click to expand...

the vga test system has a shortcut to the latest debug build on my work pc. so when i took those screenshots it used that build.
3

As long as your write cache is large enough for the workload and has enough bandwidth, there won't be a limitation of the peak pixel fillrate.

I wouldn't consider bandwidth limitations of the peak pixel fillrate in GPU-Z. 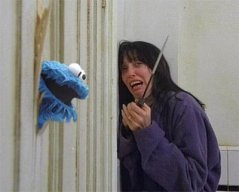