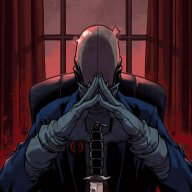 System Specs
Since the advent of RGB memory, ive been running a G.Skill F4 4133mhz kit @3466mhz on AM4 with Ryzen CPU's.

I bought a cheaper set of G.Skill ram from the same line which used B-Die and used Thaiphoon burner to flash the spd to 3466mhz. I also flashed the 4133 kit to the same speed.

and that some of the info on the spd over the course of around 12-14months had become corrupted.

After flashing all of my sticks I kept checking on them for corruption from time to time, unfortunately I always found something.
I noticed some of the info on the spd was missing all together.

I just flashed to the latest crosshair VIII bios and afterwards my ram refused to run with both sets. I could run them together as a pair but not all four.

After messing around with the last 5 bios, I eventually re-flashed the spd chips on the memory and the functionality of my system came right back. I can set decent timings and the system always boots with all 4 sticks.
This solved the F8 0d c5 errors. The pc is rock stable again.

I also got the flashing keyboard bug. Where you get 3 flashing lights. Thats due to the firmware becoming corrupted by the bios flashing process.
Repairing the keyboards firmware solved that bug. I was almost certain it would be solved by the bios seen as thats how the bug had started.

I had no idea RGB equipment could be so easily corrupted. After pulling my hair out all day I do now!

System Specs
You've owned a 4133 kit since 'rgb was started'?? What kit do you have exactly? When rgb hit ram a few years back, was 4133 sticks out?

So... you're flashing everything you own...and blaming the rgb element? You don't think its possible a bad flash did it or a bad setting for the flash?

Your threads lately...a lot of conspiracy theories... but this one holds a bit of merit. From a couple years back....

System Specs
No9 dude, it went bad over time and is repeatable.
As far as my memory goes, its trident z and 4133mhz was there top model(nope i just pulled the stick to check and it was the F4-4000C). I then bought some 3466mhz sticks as I realised the ryzen platform couldnt hit those speeds and flashed both sets down to 3466mhz spd... Both sets are identical just different bins... Are you saying by underclocking one of the sets i some how broke the spd... ??? You say I'm talking about conspiracies... so you know for sure that hardware hasn't been purposely held back to increase profits for shareholders... I obviously know more people in the corperate world than you do.
I wondered why this thread hadn't got much attention. Now I know!!!!!!
the guy in this video must also be wrong aswell then yeah????
I dont see you calling this guy a conspiracy theorist... BTW thats an incredibly bad insult where I'm from. So I'd appreciate it if you never used it within one of my threads ever again.https://www.techpowerup.com/forums/threads/surprising-absolutely-no-one-amd-rx-6800-series-pretty-much-out-of-stock-and-scalping-becomes-a-pervasive-industry-problem.274831/
Last edited: Nov 23, 2020

System Specs
This is NOT a news flash.
The fact that RGB software can corrupt RAM SPD settings has been known since a few weeks after RGB RAM was released.
My first set of G.Skill TridentZ RGB got corrupted by Asus Aura (in 2018), so I RMA'd it and got a new set.
After that I just left the RAM RGB set to the default Rainbow mode and they are fine.

My link has been read by certain youtubers who are now copying my discovery as if it was their own.
Click to expand...

the guy in this video who im sure saw this thread must also be wrong aswell then yeah????
Click to expand...

And since that guy on Youtube posted his video on Jun 16, 2017,
It is Impossible that he figured out that RGB software can corrupt RAM SPD settings from this thread.

PS
That Youtuber needs to STFU and just get to the point already.
He rambles on and on and is very irritating, IMO.
Last edited: Nov 23, 2020

System Specs
Thanks for pointing out the dates, I missed that. I also missed any info on ram spd becoming corrupt and thought I had found a fix myself after googling, asking and finding nothing at the time.
Honest mistake on my part. That youtuber while he might not be the best, has had a hard time in life(lost his child). Give him some slack.

Anyway my fix was used to get all 4sticks and my keyboard working again and my system is now rock stable... RMA'ing RGBsticks due to an spd error was a little short sighted.
It is merely a matter of time before your sticks spd will also need to be repaired. Mine lasted 2yrs.
Last edited: Nov 23, 2020

purecain said:
Anyway my fix was used to get all 4sticks working again and my system is now rock stable... RMA'ing RGBsticks due to an spd error was a little short sighted.
It is merely a matter of time before your sticks spd will also need to be repaired. Mine lasted 2yrs.
Click to expand...

This software does not fix hardware failures of RGB-capable DDR4 DRAM modules like Trident Z or Vengeance RGB. The program can restore corrupted SPD data to the initial state only.
Click to expand...

RMA-ing my old kit and NOT changing the RGB settings on my new kit is a Much better solution IMO.
If I ever have an issue with SPD corruption again (which I seriously doubt), I will just RMA the ram kit again.
That's what the Lifetime Warranty is for after all.
G.Skill's RMA process was extremely simple.

RMA-ing my old kit and NOT changing the RGB settings on my new kit is a Much better solution IMO.
If I ever have an issue with SPD corruption again (which I seriously doubt), I will just RMA the ram kit again.
That's what the Lifetime Warranty is for after all.
G.Skill's RMA process was extremely simple.
Click to expand...

I'm not arguing merely pointing out i feel you will almost certainly find yourself in the position i did, and once again you will need to RMA your sticks.
Thanks for the info.

System Specs
No Problem.
It is good that you found an easy fix for your corrupted RAM SPD.