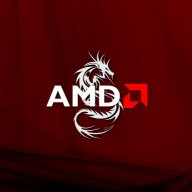 the title basically says it all anyway.


... and here is the bigger issue as I have not found a fix for Cold War yet. Also it would be really appreciated if someone with a 5000/6000 AMD card who owns Cold War could test for the issue. I have a friend with a 5700xt and he has the same artifacts (albeit not as bad, but close). The multiplayer maps Moscow, Raid and Express are the worst offenders, especially raid as shown in the screens.


Here are the screens in Cold War

that almost looks like ray tracing place markers for models,, and such did you have an NVIDIA card before on the same pc and drivers...

ITS JUST LIKE FALLOUT76 and they just fixed that...

BUG
misinterpreted LOD and Light data tables... its playing the music but the wrong instruments
K

I had a 1080 ti, yes. I DDU'd the driver and redownloaded the shaders ingame tho