"With this module, Samsung has secured the highest level of product and solution competitiveness in the DRAM market for PC, server and mobile applications," said Wanhoon Hong, executive vice president, memory sales & marketing, Samsung Electronics. "We also plan to ship more energy-efficient 4Gb DDR3 DRAM based on 20nm-class* process technology in the second half of this year, which will significantly expand the rapidly growing market for green IT memory solutions. Moreover, we intend to keep delivering the greenest memory products with optimal performance for customers," he added.

In addition, by offering its new DDR3 modules shortly after providing 30nm-class 4Gb LPDDR2 DRAM, Samsung is now supporting the needs of the entire marketplace for 30nm-class DRAM solutions from mobile devices to enterprise server systems.

Samsung expects to have more than 10 percent of its total DRAM chip production in 2012 at the 4Gb (or higher) density.

Meanwhile, Samsung plans to keep raising awareness of its green memory initiatives and its 'Creating Shared Value' (CSV) approach toward the global IT industry, as it seeks greater collaboration on energy-efficiency with CIOs of global companies.

System Specs
That shit'll probably cost you like $2k a piece, if not some larger completely insane price. 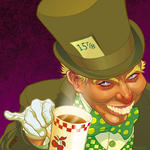 Did they mean to write 32GiB = 4GB or did they really manage to cram 32GB on a single stick :O
M

Did they mean to write 32GiB = 4GB or did they really manage to cram 32GB on a single stick :O
Click to expand...

Consumer Chipset never support memory above 4GB per DiMM. This has to change. we need Non-ecc 8GB ones !

Get a fast enough hard drive and you could cash a whole disk or a sizeable portion to the ram, that would give a huge increase in system responsiveness.
Z

MikeX said:
Consumer Chipset never support memory above 4GB per DiMM. This has to change. we need Non-ecc 8GB ones !
Click to expand...

no 8 GB SODIMM did not exist. (8x1 GB didn't exist). SODIMM is notebook memory, there is no way SODIMM get 8GB sooner than desktops.

Anything 8GB are above are ECC memory for server boards. Only some AMD board support ECC.
All i5 i7 memory controller known to man today does not support ECC memory.
These only support 8x1GB Dimms non-ecc that did not exist in consumer market.

Thatguy said:
Get a fast enough hard drive and you could cash a whole disk or a sizeable portion to the ram, that would give a huge increase in system responsiveness.
Click to expand...

Well, on the board I was thinking of there would still be two x16(x8) slots open for PCIe SSDs such as the OCZ P88 1TB after four video cards are installed. Two of them would yield read/write speeds over 2GB/s.

I went to samsung's website to look at their DDR3 module line up.
http://www.samsung.com/global/business/semiconductor/Greenmemory/Products/DDR3/DDR3_Lineup.html

There is actually an 8GB SODIMM module

All other 8GB DIMMs on the line up came up as ECC memory when I google the part numbers.
Well. Here is 8GB SODIMM !