Samsung Wants to Design Their Own Graphics Processor

System Specs
Job postings on LinkedIn reveal that Samsung is looking to hire a ton of graphics chip engineers to bring forward their own GPU design. In the past the company has licensed GPU IP from companies like ARM and Imagination Technologies, but these designs come with cost, low performance and low flexibility. With Samsung needing graphics IP for a large range of products like phones, tablets and exploring options in markets like automotive, machine learning and AI, it's not surprising that the company is now looking into rolling their own GPU - from scratch as indicated by a recruiter's posting:

"This is Samsung's proprietary IP. We will define the ISA, the architecture, the SW, the entire solution."
Click to expand...

Apple has been designing their own GPUs for several years, which gave them full control and independence from 3rd party suppliers. It's questionable how quickly Samsung can pull this off, as a lot of resources are required, and you can't just magically build a GPU, completely ignoring existing patents. ATI/AMD, NVIDIA and Intel hold a significant number of patents that are crucial to the implementation of any graphics processor, which means Samsung will have to deal with those companies and license the relevant things, which might complicate the development process.

The job posting is very clear that Samsung is hiring a full stack of developers, as the following keywords are mentioned: "User Mode Driver, OpenGl, Vulkan, LLVM compiler, Architecture, Low Power System Design, RTL, Validation & Verification, Deep Learning". It is also mentioned that these new "flagship GPUs" (note: not just one GPU) will power "lower tier mobile phones" at first, and the next-gen GPUs will be used in markets like autonomous driving and deep learning.

In the past the company has licensed GPU IP from companies like ARM and Imagination Technologies, but these designs come with cost, low performance and low flexibility.
Click to expand...

Hmmm, not sure I fully agree with that statement. The fact the SoC makers generally chose older GPU IP or lower-end IP can't be blamed for poor performance. Obviously there are limitations, but both ARM and Imagination Technologies have stayed competitive with Qualcomm in terms of performance. Obviously flexibility would be something that could be improved by doing your own GPU tech, but I would expect Samsung to run into the same kind of issues as Apple will, as soon as they launch their own GPU, i.e. everyone that owns the slightest sliver of a patent in GPU technology is going to sue them. 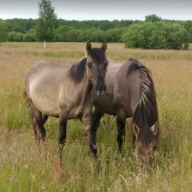 System Specs
The more the merrier. 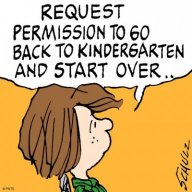 System Specs
As long as they stay out of the desktop market this could be good and bad for their bottom line reducing a ton of overhead. In the end might make IoT bit more disposable.

In the past the company has licensed GPU IP from companies like ARM and Imagination Technologies, but these designs come with cost, low performance and low flexibility
Click to expand...

I'm not so sure about that , in many regards their designs far outclass even offerings from AMD or Nvidia , granted they are optimized for different things.
M

True, but we need to be aware thats not from where the biggest profits come in 2018. Amd themselves making huge profits from mining, consoles and now developing their navi soc with sony for PS5

Why didn't they just buy Imagination when it was up for grabs? Far easier and probably cheaper than starting from the ground level, plus they'd have got hold of all those juicy patents that they'll instead now get sued for violating, PLUS they would've had yet another lawsuit with Apple to look forward to.

Unless Samsung has a really revolutionary take on graphics processing, I don't expect we'll see any GPUs from them this decade.
M

System Specs
If Intel can fail at it so can Samsung!
N

And to think that last year Imagination Technologies was selling itself for pennies.

Nehemoth said:
And to think that last year Imagination Technologies was selling itself for pennies.
Click to expand...

I'd say half a billion was a fair price , considering they had a limited portfolio and how Apple allegedly deprived them of most engineers