Windows is installed on an M.2 SSD (WD Blue SN550 1TB) that is the first and only storage device in the boot order, and will usually boot in 15-20 seconds if the HDD (Seagate BarraCuda 1TB) is not connected.
When I try to boot the PC with the HDD connected, the boot time will increase significantly on the POST screen. This HDD is only used for storage; it was previously used as a system drive but has since been formatted and only has a single partition. As mentioned, I have removed all drives except my SSD from the boot order. Additionally, I have tried different SATA ports and SATA cables to no avail, so I am pretty certain that the HDD is causing the issue (I have an additional storage SATA SSD, but the problem is reproducible with this drive disconnected).

Is there a way to stop POST hanging because of this HDD, or is it time to chuck it and get a new one?

System Specs
Imo get a new drive. I have a 2.5" SSD and 4tb WD blue, my pc boots from button press to login screen in less than ten seconds

System Specs
whats your SMART data say? because it sounds a lot like the drive is bad. 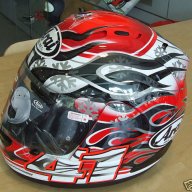 You could also use Seagate’s own diagnostic tools, your HDD might not complete the tests.
S

Solaris17 said:
whats your SMART data say? because it sounds a lot like the drive is bad.
Click to expand...

Seems to be fine but the drive is several years old now, so I wouldn't doubt that it's nearing the end of its life. 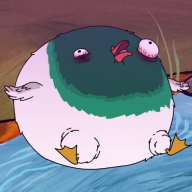 System Specs
Get a replacement and clone your drive onto it before it dies. I use WD black hdd's for continual use and WD purple for backup. WD gold hdd's are rated for millions of hours.
T

I had a seagate external drive that did the exact same thing. It's like it takes a while to spin up before it will let it go further. I still have the 2tb drive and it works still after 10 years.

saspole said:
View attachment 210902
Seems to be fine but the drive is several years old now, so I wouldn't doubt that it's nearing the end of its life.
Click to expand...