I've had a problem with my newly built PC for about 2 years+ now. The computer just feels 'off', as though there is some kind of very subtle bottlenecking occurring. Also, I'm getting input lag on mouse and keyboard (i.e. there will be the occasional no click registration on mouse or keyboard but there may also be double clicks or keypresses and the mouse feels very off - like floaty/heavy/inconsistent). Everything else on the computer is fine, the machine loads up quickly, I can play games and watch films (though I notice a bit of stuttering on the films) but I will get very subtle stuttering in all games (and desktop) but apart from that no issues, audio is fine as is the running of normal programs. I mean if you weren't a gamer and didn't know any different you'd think there was nothing wrong but once you start playing games it becomes quite noticeable - hard to aim (with floaty mouse --> mouse feels like I'm dragging it across glass, fluctuating constantly between heavy to light movements, so it feels more heavy and sluggish than it should be - not light, crisp and responsive like normal along with bouts of micro-stuttering (esp when panning camera) and the occasional micro-spastication of animations (particularly in sport games) etc.


I've listed some of what I've tried below..

- Reinstalled windows
- Deleted mouse files
- Tested new hardware (tested everything one by one) - except Ram (though I did buy 2x16GB sticks of same ram and nothing changed so I sent them back but I haven't tried different speed ram)
- Went through everything in bios - including flash etc etc
- Updated all drivers and even tried rolling back to previous drivers and older
- Mouse accel input code etc (accel 0/1 nonsense) + removed mouse drivers
- Tried new wall sockets + grounding
- Tested all Nvidia GFX settings - screen res, fixed Frame rate etc ..you name it I tried it
- Hpet timing and all that other fluff
- New keyboard and mouse (though that sort of falls under hardware)
- Windows optimization
- Checked performance, load, monitoring, heat, latency -- everything checks out fine

Now the thing is, trying the above things, particularly the bios and nvidia settings, do change the feel of the computer and the feel how games play (limiting frame-rates, v-sync, g-sync, reduce input lag option, etc etc) but the problem is it's only masking the issue because although the game changes slightly in some way the main problem is still underneath which is frustrating because you can achieve smoother outcomes but the input lag (keyboard and mouse and floaty mouse feel) the subtle stuttering/bottleneckning will still very much be there.


If anyone knows a solution or anything that helped please let me know because I want to take a hammer to my PC and I'm extremely depressed after spending a lot of money on creating this monster setup and its not even playable. Oh I also tried installing windows 7, same problem.


P.S. What makes it more frustrating is that to the naked eye everything appears fine, when my friend comes over he thinks nothing is wrong, but he's not a gamer. I also took it to get looked at by a computer shop but again they weren't gamers and they told me everything was fine, and that's the thing everything does seem fine (applications open as they should, videos play, music plays, everything works as normal) but when you move the mouse quickly and try to be precise it feels floaty and in games there feels like a micro-bottlenecking happening somewhere. Losing my mind here :'(

System Specs
We're to troubleshoot how a PC 'feels' (that others users who used it can't reproduce/feel? Oof.

I see you mention V-sync... if you're using that, it introduces input lag...

Have you tried swapping USB ports for the mouse and keyboard? Use the USB 2.0 ports?

System Specs
We have one certainty here, you suffer a latency hit somewhere.

I'd honestly start from scratch if you don't have any lead on where the problem could come from. Bare bones hardware and fresh Windows installation, no additional software. Then start installing drivers and keep on the lookout for latency changes. Build it back up slowly like that until you either find the culprit or it never comes back to begin with.

Prior to that you could try reverting to 'standard' hardware solutions for peripherals, like Earthdog mentioned, the (usually) two 2.0 ports at the top of your I/O panel on the back are a good place to plug mouse/kb first if you haven't already. Display settings: revert to defaults. Check your display cables, maybe replace to test. Check storage access times could be another one, though I doubt this is storage related to be fair.
F

EarthDog said:
We're to troubleshoot how a PC 'feels' (that others users who used it can't reproduce/feel? Oof.

I see you mention V-sync... if you're using that, it introduces input lag...

Have you tried swapping USB ports for the mouse and keyboard? Use the USB 2.0 ports?
Click to expand...

Yes bud, tried various combinations of options in nvidia control panel - v-sync on, off, fast, etc etc --- nothing. It just creates or removes additional stuttering or changes the 'feel' of the game while the original problems persist.

Also, I see the problem with trying to assess a 'my computer feels different' issue so I could record the micro-stuttering etc. but as for the input lag and mouse click issues - I know they're not hardware related because I've tested the hardware elsewhere, and it's the same with the monitor I've a ROG swift with very low latency so it's not the monitor but the problem with looking for latency help online is that the industry seem obsessed with making it solely an issue with the monitor which limits the help because when I type 'input lag' into Google it's all monitor/hardware related and I know this isn't going to help my problem so I feel there is a real lack of alternative solutions out there as the industry focus on the solution being to do with you not having the latest low latency monitor! Or, it's the generic "your mouse/keyboard are to blame" -- again more hardware focus, but personally I feel that given the amount of software we use now (a lot of it I feel unnecessary) there is a much greater potential for conflict and I feel that this not being addressed and the generic responses online becoming all too common to a point where they're outdated and largely useless. This coincides with the serious rise of more and more people like me who suffer with input lag and/or micro-stuttering problems and who, like me, have tried all the 'common' solutions without success, so something is definitely happening. I feel there is something else causing these common problems, something that's not being solved/explored by the usual sources, I mean I think a lot of us are long beyond the "have you tried turning it on and off yet?" or "reinstall your drivers" type solutions. So it would be great to see some alternative approaches.
Some would rightly point out that the common remedies work for a lot of people and fair enough yea they do. By all means reinstalling drivers can work for many just as buying a new mouse might work for others but I think there is a massive increase in the number of people who share my symptoms and yet we cannot find a solution from the offered remedies (the main culprits - reinstall windows, drivers, hardware, Hpet!!!) and for this something needs to be done because it's very tiring having to trawl through xxxx computer websites only to find the same three/four answers constantly being regurgitated. Shouldn't we be beyond this?

Sorry for going off-topic but I think is that there is input lag and micro-stuttering, to help sum up the 'feel', well it's essentially a high-end computer not running smoothly like it should.

Have you tried running something that measures input lag and seeing how far it's off?
M

Have you tried running something that measures input lag and seeing how far it's off?
Click to expand...

I've looked at that before along with latencymon but couldn't really see anything.

..let me know if you guys see anything wrong. I'm not very knowledgeable when it comes to computers.

System Specs
@fatehasfans I know you said you’ve reinstalled all drivers, but the general disposition of your machine really makes me immediately thinknof motherboard chipset drivers not being present. Are those among all the drivers you have installed? The wrong version can also bring this general behavior as well.

Just figured I would toss that out there. 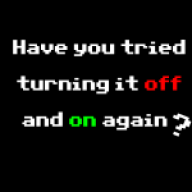 System Specs
What CPU do you have?
F

rtwjunkie said:
@fatehasfans I know you said you’ve reinstalled all drivers, but the general disposition of your machine really makes me immediately thinknof motherboard chipset drivers not being present. Are those among all the drivers you have installed? The wrong version can also bring this general behavior as well.

Just figured I would toss that out there.
Click to expand...

But that's the thing, they are installed (refer to picture of device manager) but I do think it could be something along those lines but everything seems to be there...

INSTG8R said:
I’m gonna say have a look at your USB drivers possible mixed vendors running on standard MS drivers(shouldn’t matter but something to check at least)
Click to expand...

Will take a look, thanks.


Grom0X said:
What CPU do you have?
Click to expand...

i9-9900K --- but I had an i7-7820X before but then my friend told me it was that (because apparently the i7-7820X isn't a proper gaming chip) which was causing the problems and he kept imploring me to get a more game-centric chip so I did and guess what? Same problem! Friends

fatehasfans said:
I've looked at that before along with latencymon but couldn't really see anything.

..let me know if you guys see anything wrong. I'm not very knowledgeable when it comes to computers.

It should hover near 50 us, not 1000us. Don't believe latencymon.
What is your gpu? We've heard Nvidia gpus doing it if all drivers are not set right.
F

mtcn77 said:
It should hover near 50 us, not 1000us. Don't believe latencymon.
What is your gpu? We've heard Nvidia gpus doing it if all drivers are not set right.
Click to expand...

have you figured out ? i've heard that 10th gen of nvidia cards are haveing latency issues. There's russian thread about this and they sent a link to nvidia driverthat should help. My friend was having floaty mosue issue but it fixed itself. he had 1050ti. i have 1060 ti and i have floaty mouse issue aswell. will try to wodnload this driver