Almost everyone has a home network these days, whether they realise it or not. From a short Ethernet cable to your modem or a wireless network to your laptop, networks are quite common in the average home. The purpose of this guide is to explain as simply as possible, the basics of PC networking, and a few pitfalls to avoid. For a start, I’ll list the most common networks in todays homes.

Speed
Network speeds are measured in Megabits (Mb) as opposed to say, hard drive and memory speeds, which are Megabytes (MB). It takes 8Mb to make one MB. This is why you may have 1 Mega*bit* internet, but your internet download speeds fall far short of one Mega*byte* per second.

Ethernet
This is cabled networking. Often the cable is blue, but other colours make an appearance too. The two most common speeds are 100Mb (one hundred Megabit) and 1000Mb (one thousand megabits, or Gigabit). Both of these use the same kind of cable, but older, cheaper cables may hamper gigabit speed down to 100Mb levels.

Wireless (aka Wi-fi)
Especially in America, wireless hotspots are increasingly popular. Wi-fi is mostly used for laptops, as it doesn’t need any form of cable to connect. Common Wi-fi speeds are 11Mb (802.11b) and 55Mb (802.11G). Some router/Wi-fi combos support up to 108Mb. Most 802.11g devices support 802.11b as a fallback, in case not all your devices are capable of running at the higher speed.

802.11n is an up-coming high-speed wireless network, intending to be the gigabit equivalent in wireless networking. I will add more on this later; wireless N products are still extremely rare.

Wi-fi is slower than cabled Ethernet but can be cheaper if you have a large house, or if the phone line for the modem/router is not located near your PC.

Please note that the speed at which you connect to the router does not affect your internet at all - be it 55Mb wireless or 1000Mb wired; most internet connections around the world are less than 1Mb, and very rarely go above 10Mb. The speeds reported in windows are the network speed, and NOT your internet speed - to find out your internet speed, contact your ISP or use a speed test from the following link (Please choose one in your country)
Google Speed test 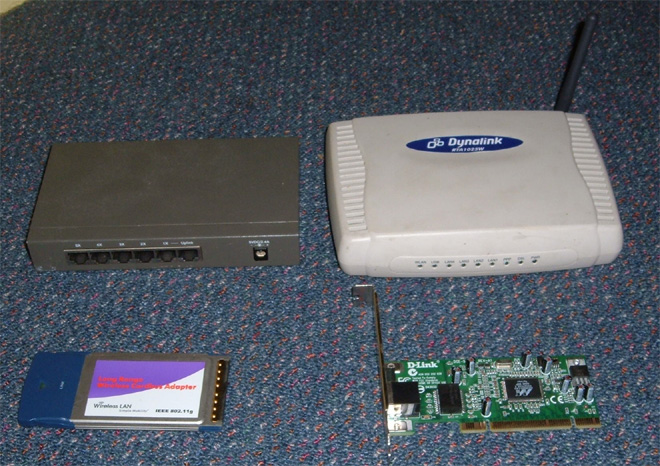