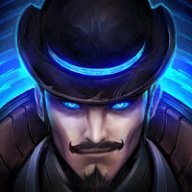 Hi there guys, I want to flash a newer BIOS to my 2070 Super Ventus GP to raise the power limit, this is the default VBIOS https://www.techpowerup.com/vgabios/221748/221748, and I flashed meanwhile this VBIOS https://www.techpowerup.com/vgabios/212046/nvidia-rtx2070super-8192-190531 with no issues and all ports works so far (well excluding USB-C since the card itself do not have that port lol)

There isn't much info about the Ventus GP card sadly, so that's why I am asking.

Haven't found issues on games or chrome so far, and by default (without overclocks) boost to 1980Mhz vs 1930 Mhz FE BIOS vs 1945 Mhz Defalt Ventus GP BIOS, when I change to a block will try some beefy overclocks.

Hope this info helps someone

EDIT1: BTW make sure if you flash this, use a waterblock or such, since the fans are not well controlled with the Palit VBIOSes out there on stock fans
Last edited: Nov 12, 2020

I think I tested most of the 2070S VBIOS which had higher power limit, and so far all of them worked BUT some of them with issues, so I will mention which of them I remember.

First, the ones that had issues:

Note: There are MAXSUM, GAINWARD and similar brands, all of them suffer the same thing as the PALIT cards.

Now, the ones that had minor issues or no issues.

Note: IMPORTANT NOTE: DO NOT FLASH THIS IF YOU DON'T HAVE SAMSUNG VRAM

I hope this does helps someone, after ton of testing I would rank it like this (from 1st to 3rd).