I feel sorry for those people who find this version "nice".
Click to expand...

I feel sorry for those who have to lash out with such vitriol...you are an incessantly angry birdie..

System Specs
@Naki: GPU-Z is definitely DPI aware. Here's a screenshot from a VM with 200% DPI scaling, my normal 100% desktop to the right, for comparison 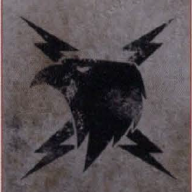 EarthDog said:
I feel sorry for those who have to lash out with such vitriol...you are an incessantly angry birdie..

Might have had his wings clipped and not been able to fly for ages, could be the cause of the anger haha.

The only thing I would pick at with this one is the fonts next to the info readouts could be darker. 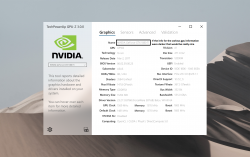 System Specs
Not working for me. How/where did you set that 200% DPI scaling? Your screenshot has obscured the Settings below?
Are you using Nvidia or AMD, or does this not matter?

150% (default) is fine for my old spectacled eyes.

System Specs
Can you show side by side screenshots (in 1 PNG file) for at least 2 of those? Say 100% and 200%?
Are you somehow setting GPU-Z to use a per-app resolution?
E

System Specs
Gpuz is at default. Not sure how to splice images together... but it surely scales. I cant read nearly anything on the desktop (icons and labels) including gpuz, at 100%. 150% is default and readable/where I leave it. 200% is ridiculously large, lol.

System Specs
I don't have the time to figure it out right now, sorry!

Here are all three images. Feel free to manipulate as you see fit.

I tried to change to 100% scaling, and indeed a very small, teenie-weenie GPU-Z window & fonts show.

Suggestion remains - at some future point, if would be nice to be able to set a custom window size/scaling of fonts for GPU-Z, without needing to do so in Windows OS Display Settings (which changes ALL apps that comply with such system DPI changes).
As mentioned before, for example see how CrystalDiskMark does it.
(But this is not an exception - many Windows programs have such settings - e.g. Slack, ICQ, Telegram Desktop, or most web browsers such as Firefox, Opera and Chrome among others (but not for all parts of their GUI - for example, menus may be at a set font size in web browsers).

EDIT: Both of CrystalDiskMark and ICQ have the option to scale up to 300%.

The former has a separate option of Font scaling up to 150%.
To quote one that lacks this - a common example that also lacks such settings is Viber PC Desktop app -- all you can set is pick 1 of 3 Themes, or change the background image.)
Last edited: Apr 24, 2020

Toothless said:
"If you don't have anything nice to say, then don't say anything."

Let people have their fun with colors and contrasts without dumping all over it. Just because you're bland doesn't mean everyone else needs to be.
Click to expand...

I don't have to like something but at least I didn't say a word about the person who offered a redesign. You, on the other hand, insult me directly. What a nice forum we have here: such manners, much etiquette. Meanwhile most people with a brain detest Windows 8 UI and everything that has come after it but again I won't say a word about you because you've definitely never designed a single thing.


Windows 95 UI which is considered the pinnacle of GUI/UX was developed by actual scientists, engineers, psychologists and specialists in human vision and behavior. Almost all apps using classic Windows 95 controls are extremely easy to recognize and interact with because they are visual, have simple shapes and depth, have a good contrast and resemble certain things in the real world.

What's special about this old outdated design? It effing works, period!
Windows 8 UI which is widely considered the worst UI design ever was designed by wanna-be designers with zero education, knowledge and background in designing anything.

Now I don't even want to post anything "modern" because it's just poor unadulterated crap. You start working with Android/iOS/Windows 10 and you immediately get lost. What's text and what are controls? What's the state of checkboxes? Is it to the left or to the right? What's with active being colored and passive being grayish? How can you even read it? And don't get me started on gestures, the short for "undiscoverable crap for hippies". 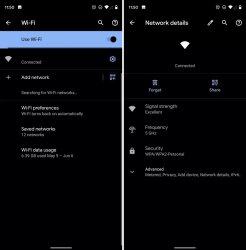 Let's look at this MODERN design crap.
And the redesign offered in this topic is the same W8/W10 modern crap which is mainly appreciated by the people who do not understand design.
Last edited: Apr 28, 2020 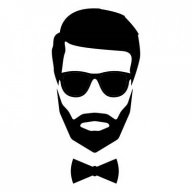 It is one's opinion of it... everyone has made their point.
Now, everyone move on.

Thank You and have a good day. 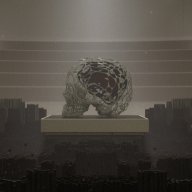 System Specs
There's just one thing that bother me a little: how would the app look if all the texts were aligned to the left, just like the setting panel?
I understand that the original skin had to cram as much data as possible in a small window, but if it's going to be an optional skin, we might be able to get a bit more airiness with today's larger screens/resolution.

On a side note:
On Mobile platform (Zune windows phone) Metro/Modern UI was a well though UI/UX. The issue is that when it was developed, Microsoft might have not initially planned to use it on desktop. (Remember that initially windows mobile was the desktop interface poorly shoved onto a mobile. Then the iPhone came out, Microsoft and Blackberry said that the whole idea was stupid, it's going to bust, and look at what happened.)

Branding wise, you can't have two windows product co-existing and looking so different, especially when you try to push the whole "one platform thing". But they made the same mistake that they did with windows mobile but reversed: they tried to shove a mobile interface to the desktop, and it wasn't working because metro wasn't really meant for a desktop use. On mobile Metro appearance served a use: merging a widget and an icon, on a flexible grid. In that scenario the tiles are great...but on desktop that brings little benefits, and they went too hard with win 8, which made everyone call metro bad when it was just out of its element.

Fluent design is Microsoft attempt to make something modern that will work on every platform...while introducing a huge break in old habits.

(meanwhile Apple was ironically much more conservative, they used a few visual cues from macOS, but made just the right change to make it work on touchscreen, while still looking enough like macOS. It's scary to see just how little macOS/iOs changed over the years. There are a few tweaks here and there, but the fundamentals are the same.)

The current alignment is fine - the main GUI issue is not with the alignment, it is mostly with the wrong, too small window size mostly meant for those 14-15" CRT monitors commonly using 800x600 or 1024x768 resolution of the (not so) distant past.

Yes, GPU-Z is DPI-change compliant, but even this way its window/fonts are too tiny on 4K and probably some 1440p monitors too - even with scaled fonts/DPI.