So you want PWM control of your new CPU fan?

That have several versions of the design here, What one are you using?

I did not have great luck with the one on the first page(my re-claimed transistors just do not have the gain), but the one with the zener diode did as shown above.

Another one to try would be this. It needs a decent gain on the first transistor, but seems to work quite well.
PWM to Analog converter circuit @ overclockers.co.uk
M

Nukemaster said:
That have several versions of the design here, What one are you using?
.....
Click to expand...

I made the one in the first post - the simplicity of the design made me want to test it. maybe i will pull it apart and try another design. though the simpler the better.

I put it together with the parts mentioned in the post. What I was thinking would there be any change to play with the resistor values to widen the PWM control marginal - or is it that the 5v is just not enough for TIP120
Last edited: Feb 9, 2014
N

If you lower the values(both at the same time), you should be able to get more current from it(if you think current is the issue). You have to ensure you do not pull too much from the PWM. it is only suppose to be good for ~5ma I think(but with such a high gain transistor[tip has a current gain of 1000, that should run a 12 watt fan on 1ma at the base on paper at least] I am surprised you would need it.).

Not all fans spin the same ratio at certain speeds either.

Again, the transistors I had salvaged had very low gain and the resistors limitation reduced my range with the first plan. I did run 2 in a darlington configuration and it seemed to work ok.

When I get a chance, I will try it out again to see what range I get(I have an AP15 to try with,).

I quite liked the PWM to analog converter from overclockers.co.uk because it worked quite(I am almost sure it did not climb as fast. I will have it on a breadboard kicking around) well as long as you had a decent gain on the first transistor(I still had to lower the resistor values to allow more current to the second one because of my crappy[ok they have a use still] transistors.).

Please note, I am not engineer here, I have just played with this because I have lots of non pwm fans I would like to control with PWM(and I am cheap so I recover parts from old hardware.).
Last edited: Mar 19, 2014
R

System Specs
I first would like to thank everyone who posted here for taking the time to do so. It was very interesting and educational. I have a fan problem or two that are different but somewhat related and I thought if I bumped this thread maybe some of the knowledgeable people that posted here might respond who otherwise might not see my questions.

A couple years ago I took on the challenge of overclocking my Dell BTX computer. In BTX one fan cools everything. This requires a big PWM fan. Especially for computers dating back to the Pentium4 and Pentium D era. Typically a Delta AFC1212DE 1.6A. 120mmx38mm and I believe 2800rpm fan. I was (am) running a Core2Extreme QX6800 at speeds up to 4GHz. Usually 3.72GHz for benchmarking.
When attempting 3.72GHz I found that the fan would speed up as temperature rose towards 80*C, then the computer would crash before cooling down. I suspected that the fan was pulling down the CPU voltage. Also the fan noise due to the high RPM was objectionable. The fan had not reached maximum speed yet so I think it had the capacity to do the cooling.
To solve this I installed a delta GFB1212VHG two motor fan 120mmx50mm. The 2 motors draw a total of 3.4A. Both motors are PWM although they turn different RPMs (and directions). I ran the 4 power wires to a Molex connector, and paired the PWM signal wires to the one from the MB, and chose one of the tach leads to connect also.
This actually worked very well. My voltage was much lower, and my full load (Prime95) temperature improved also. I now had enough voltage available to attempt 4GHz for a validation. It crashed fairly quickly and I had to interrupt the PWM wire to send the fan to full speed so I could reboot and have time to return the settings to 3.72Ghz. This mod got me from 3.45GHz. up to 4GHz. ( My BIOS is locked so all settings are set and saved in Windows. I actually had to wait for it to boot into Windows to reset it. Thank God for SSDs.)

There were 2 issues.
1- the GFB1212VHG was still pretty loud under load. Not as loud as the AFC at high RPM but still louder than I would like. It did move more air at lower PWM% and kept temps from rising as high in the first place.
2- Dell BIOS checks for fan function at boot and sets an error that requires me to hit F1 to get past it. No way to disable this setting. I tried to wire a small .3A exhaust blower into the fan header but the BIOS was not impressed. I don't know what the MB is looking for from the fan. I've heard rumors that it must be a Dell fan. The GFB isn't Dell. The only fix I've seen posted is to wire a 10 Ohm resistor in, which = 1.2A. load. This kind of defeats the purpose. 1.2A.-1.8A. is the range of fans I've seen used by Dell in this application.

What I would like to do is have a device that allows the fan to run off of the MB header for a few seconds, then switch to Molex power to provide the voltage improvement I noted.

There is another fan I've started working with. The AFC1512DG, 150x50mm 1.8A, and I suspect it doesn't go over 2000 rpm. Lots of air at low speed and designed to be quiet in workstation environments. I've plugged it into the MB header and so far so good. So I'm back to the big fan on the MB problem again. Also I'm planning a couple of Dell builds that will require more than one of these fans.
So If I could run one fan, or motor, off of the MB header long enough to satisfy the BIOS, then switch everything over to Molex power. I could have it all. Quiet, cool, stable, and no BIOS errors.


I understand only basic electricity, and have the skills and tools to wire something up. But I posses no electronic knowledge or experience. I did read a book on it to learn some vocabulary and a little theory so maybe I can understand enough to follow instructions. I might be running up to 4 motors (2-GFBs) each motor in the 1.7-1.8A. range. It IS an assumption on my part that the draw on the 2 motor fan is equally split between the 2 motors, but it might not be so. I think 2 A. draw for each motor would be a good design limit.

I'm thinking a 555 with a capacitor and rely would provide the delay,and the signal. But what sort of relay to use I have no clue. At least the 5V. control power is available from the Molex connector.
J

Location
The land of maple syrup

System Specs
No offence but TLDR(It is Saturday night), maybe the simplist solution would be to run some daisy chaind fans at 100% from a molex connection, might be a little noisy but a few cheap fans could solve your problems.
R

System Specs
Don't know what TLDR means? I'm in USA. The 150mmX50mm Delta fan is $15 or less from surplus sources. So adding more cheapness won't help. I understand very few people have bothered with modding BTX so not very many understand it. The big fan is "built into" the CPU heatsink housing. All air from the fan is forced over the VRM, then through the heatpipe cooler, and out the back of the case. The coolers I use can be had for $10-$12, the fans $12-$15 ($25 for the 2 motor fans) That and some heatsinks on the MOSFETs will get the result shown in the link in my sig. I don't have a cooling problem. I have a voltage supply problem. Thanks for taking the time to reply though. 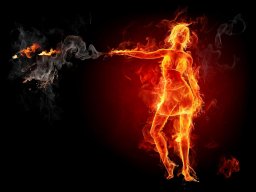 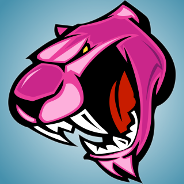