According to the reviews online, AMD's latest processor architecture delivers surprisingly underwhelming performance, which quickly made it one of the biggest disappointments of the year according to some users. Loyal fanboys despise terms like "Faildozer" and have kept faith in AMD's promise to deliver a competitive high-end gaming capable processor.

Despite disappointing reviews, Bulldozer has gone on to sell quite well and has amassed a certain cult following with enthusiasts who would like to own this CPU regardless of benchmarks. Their purchasing reasons range from supporting the underdog, to setting records with its impressive overclocking abilities (8 GHz+ on LN2) and everything in-between. This has led some of these enthusiasts to clamour for a review of AMD's best in GPUs (Radeon HD 7970) and CPUs (FX-8150) to be compared working together against the Intel CPU competition to see just how well they do, as this seems to present an unknown variable in many end-users' buying decision.

In this review we will pit three CPUs from the popular ~$250 segment against each other using the Radeon HD 7970: 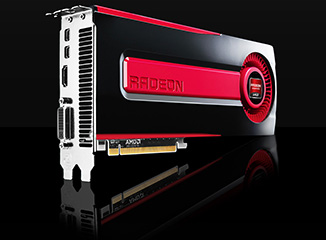 Benchmark scores in this review are not comparable to any other review.Each benchmark was tested at the following settings and resolution:

Aliens vs. Predator is based on a merger of the Aliens and the Predators franchise: two legendary alien species that are in conflict with each other, fighting to the death with human marines caught in between. The first person shooter game was developed by Rebellion Studios, who also developed the first AVP PC title and released in February 2010. It is one of the first DirectX 11 games with support for new features like tesselation, which is why AMD heavily promoted it at the time of their DX 11 card launches. We use the AVP benchmark utility with tesselation and advanced DX11 shadows enabled.