The new AMD HD 4670 Series made quite some waves in the graphics cards industry. It has established itself as an excellent performing choice in the sub-$100 lower midrange segment. While certain cards from NVIDIA are still offering a slightly better price/performance ratio the difference is quite small, but at least you have a choice between AMD and NVIDIA now.
HIS took the well known Arctic Cooling VGA Silencer cooler and slapped it on their HD 4670 board design. Unfortunately the BIOS defaults to a rather high fan speed when temperatures are low. This will result in very low idle temperatures of course, but also more fan noise. HIS also increased the core clock by 30 MHz (~4%) but the real-life performance increase is only about 2%. Given the nice overclocking potential we saw (10% on both core and memory) I can't understand why they did not increase the clocks some more. Overall the HIS HD 4670 IceQ Turbo is a great choice when looking for a HD 4670 card, but some minor things could still be improved. 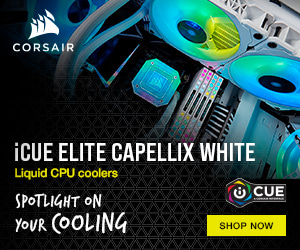