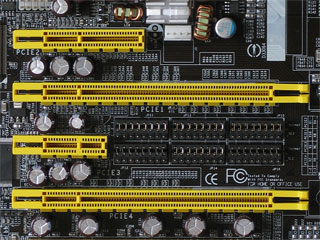 The last time we did an article on PCI-Express scaling, was when graphics cards were finally able to saturate the bandwidth of PCI-Express x16. Not only was it a time when PCI-Express 2.0 was prevalent, but also when the first DirectX 11 GPU hit the market, and that was over six years into the introduction of the PCI-Express bus interface. Since 2009, thanks to fierce competition between NVIDIA and AMD, GPU performance levels have risen at a faster rate than ever, and the latest generation of high-end GPUs launched by the two GPU rivals adds support for the new PCI-Express 3.0 interface. The new interface sprung new questions from users like "Do I need a new motherboard to run a PCI-Express 3.0 card?", "Will my new PCI-Express 3.0 card be much slower on an older motherboard?" or "My motherboard supports only x8 for multiple cards, will performance suck?"

The industry's first PCI-Express 8 GT/s-capable platform was released last year, with Intel's Sandy Bridge-E. SB-E isn't officially PCI-Express 3.0-certified; while AMD Southern Islands GPUs can function in PCI-Express 3.0 on the platform, NVIDIA's GeForce Kepler family of GPUs, so far, can't. The 22 nm Core processor family, codenamed Ivy Bridge, however, settles the issue by providing a PCI-Express 3.0-certified root-complex, and GPUs from both sides of the fence are tested to work on the new mode. PCI-Express 3.0 close to doubles the data bandwidth available to a connected device, per lane.


While PCI-Express 1.0 pushes 250 MB/s per direction, PCI-Express 2.0 pushes 500 MB/s, and PCI-Express 3.0 doubles that to 1 GB/s. While the resulting absolute bandwidth of PCI-Express 3.0 x16, 32 GB/s, might seem overkill, the ability to push that much data per lane could come to the rescue of configurations such as 8-lanes (x8) and 4-lanes (x4). Another impressive feature of Ivy Bridge Core processors, provided they're paired with Intel Z77 Express chipset, is that the second x8 link from the CPU root complex can be split as two x4 links, making x8/x4/x4 possible, giving some motherboards 3-way SLI and CrossFireX capabilities without clogging the DMI chipset bus (that 4 GB/s pipe between the CPU and chipset), which is better left untouched by graphics cards to help with today's bandwidth-hungry SSDs. 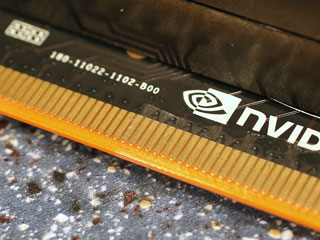 In this review, we test the impact of running the AMD Radeon HD 7970 and the GeForce GTX 680 on Intel Ivy Bridge PCI-Express slots that are electrically PCI-Express x16, x8 and x4. We tested all three generations of the PCI-Express interface: 1.1, 2.0 and 3.0.

This review is made possible thanks to an awesome BIOS option given to us by ASUS ROG Maximus V Gene motherboard, which allows us to toggle the CPU's PCI-Express root complex between PCI-Express 1.0, 2.0, and 3.0 modes. To modify the number of lanes available to the GPU, we used common plastic adhesive tape.

Benchmark scores in other reviews are only comparable when this exact same configuration is used.Each benchmark was tested at the following settings and resolution:

Alan Wake, released in 2012 for PC, is a highly successful third-person horror shooter that revolves around the adventures of novelist Alan Wake who has to battle the "darkness" which takes over living and dead things. Alan's signature flashlight is used to strip the forces of darkness of their protection, to make then vulnerable to conventional weapons.
The engine of Alan Wake uses DirectX 9, but features complex lighting effects which makes it a quite demanding title. We benched with highest settings.