With the GeForce RTX 3060, NVIDIA is bringing the Ampere architecture to the masses—at least in theory. I doubt there will be enough inventory to satisfy the demand, more on that later. Unlike the GeForce RTX 3060 Ti, which is based on the GA104 GPU, the RTX 3060 uses the all-new GA106 GPU, a smaller chip that is better suited to the requirements of the midrange segment. Just like on the RTX 3060 Ti, NVIDIA uses GDDR6 memory, this time with a bus width of 192-bit (RTX 3060 Ti is 256-bit). Having to route just 192 memory chip signals instead of 256 does make a difference, the PCB design is much less complex, which means it's cheaper to manufacture. The same goes for the GPU chip, which can make do with a simpler memory controller.

On the other hand, a 192-bit bus design limits the memory configurations to 6 GB and 12 GB. 6 GB is barely enough by today's standards. I measured our whole test suite and most games ended up at above 6 GB at even the lower resolutions, like Full HD. Of course, this doesn't mean they use that much VRAM all the time or we would see a much bigger performance hit for cards like the RTX 2060 6 GB. This, however, doesn't change public perception. Even during the previous-gen RTX 2060 launch, there was drama over the 6 GB memory size, so I can understand why NVIDIA went with a 12 GB design this time around. It could also dangle the "future-proof" carrot in front of potential buyers, though I think the more sensible approach would have been to build a 256-bit 8 GB design. Given today's memory prices, this could have actually turned out being cheaper to manufacture than the current 192-bit 12 GB version. To try and eke out more bandwidth, NVIDIA set the memory to run at 15 Gbps.

MSI's GeForce RTX 3060 Gaming X Trio is a behemoth of a graphics card. It uses the large TriFrozr cooling design we've seen on several much higher positioned cards in recent months. MSI also gave the card a large factory overclock to 1875 MHz rated boost, which turns into an average clock frequency of 1905 MHz when measured across our whole gaming test suite. Other cards tested today aren't much different: EVGA tops out at 1911 MHz (rated 1852 MHz), Palit at 1928 MHz (rated 1875 MHz) and Zotac at 1926 MHz (rated 1867 MHz). These differences are tiny indeed.

Averaged over our test suite at 1440p, we find the MSI RTX 3060 Gaming X Trio 2% faster than the NVIDIA baseline, which isn't a lot. This has become the norm for both AMD and NVIDIA, though. GPU makers have become very good at squeezing the last bits of performance out of the reference designs, which means factory overclocks barely make a difference these days. At these performance levels, the MSI Gaming X Trio is 4% faster than the RTX 2070, 7% faster than RTX 2060 Super, and 20% faster than the original RTX 2060. For a new generation, these are very decent improvements even though they are not as massive as the roughly 35% we've seen on the bigger Ampere cards (just compare the RTX 3070 to the RTX 2070, or even the RTX 3080 to the RTX 2080). AMD's last-generation flagship, the Radeon RX 5700 XT, is only 1% faster than the RTX 3060, and the GTX 1080 Ti has aged gracefully, still being 5% ahead of the RTX 3060. What's also interesting is that the gap between the RTX 3060 and RTX 3060 Ti is so big, 28%, with no space left between "3060" and "3060 Ti". It will be interesting to see where AMD's upcoming Radeon RX 6700 Series ends up.

With these performance results, we can recommend the GeForce RTX 3060 for maximum settings gaming at 1440p with raytracing disabled, or 1080p gaming at high refresh-rates with raytracing enabled. Raytracing performance is a bit underwhelming compared to Turing. With two RT games, we only have limited tests at this time, but I'm working on our 2021 GPU test suite right now, which has more games, more RT, and is powered by AMD Ryzen. It looks like the RTX 3060 is only marginally faster at RT than Turing; seems as though the new RT cores don't make that much of a difference. Still, raytracing is the future for games, we're just at the beginning of the revolution. Just like on all other cards, the performance hit for raytracing is huge, not as big as on AMD, though. NVIDIA also has the DLSS upscaling technology, which helps recover some FPS with only a small loss in image quality.

MSI did a fantastic job with the thermal solution of their Gaming X Trio. In previous reviews, the cooler design achieved impressive results, and the RTX 3060 is no different. With only 62°C under load, the card is the coolest RTX 3060 we've tested today. It's also the quietest, by far, at 30 dBA, which is basically whisper-quiet. Looking at the other cards I've tested today, I feel like board partners tried to reduce cost as much as possible while barely achieving decent temperatures and noise levels. This could turn into a huge issue if AMD plays their cards right and the RX 6700 Series ends up cooler and quieter than the RTX 3060. On the other hand, there's plenty of room for a price war on those RTX 3060 designs. With Ampere, NVIDIA introduced fan stop on their Founders Edition cards, which made it an essential capability every card is expected to have. That's why it's not surprising that the MSI GeForce RTX 3060 Gaming X Trio turns off the fans in idle, during desktop work, internet browsing, and light gaming.

There isn't much to say about power consumption for the RTX 3060. It is an energy-efficient design, of course, because of the Ampere architecture and 8 nm production process, but ends up a little bit less efficient than the bigger Ampere chips. With around 180 W in gaming, any half-decent power supply will be able to power a rig with an RTX 3060. AMD's new RDNA2 architecture is significantly more power efficient than Ampere, partly owing to their 7 nm production process, but they also redesigned their architecture, which will make things interesting for the RTX 3060 vs. RX 6700 XT battle. What's surprising is that MSI has set their card's power limit to 170 W, which matches the NVIDIA reference specifications and definitely holds the card back in terms of performance. NVIDIA confirmed to us that all board partners have to use a 170 W power limit for the RTX 3060 even on overclocked SKUs.

GeForce is meant for gamers, said NVIDIA. In a bid to combat the menace of crypto-currency miners soaking up graphics cards inventory, the company announced that the RTX 3060 will be slower at crypto mining than what its hardware is capable of (by as much as 50%, which would damage the economics of using this card for mining). We tested this feature with a run of Ethereum and noticed a gradual drop in the ETH hash-rate that started almost immediately. A driver restart (using device manager or the command prompt) resets the performance limiter, but also requires a restart of the miner. This still confirms that the hash-rate limiter is tied to the driver. Running a game-like load in parallel does not confuse the detection mechanism enough to unlock full mining speeds. It's now down to just how tamper-proof NVIDIA made this mechanism. This is done through a combination of the driver, system firmware, and silicon. NVIDIA claims that a secure handshake between the three components prevents tampering with the driver to remove the hash-rate limiter.

Overclocking the MSI RTX 3060 Gaming X Trio worked extremely well. We gained almost 10% in real-life performance. Overclocking worked better than on any other RTX 3060 tested today, possibly helped by the low temperatures and excellent VRM circuitry design. We found a roughly 5% difference between the best and worst overclocker, which is much more than what you gain from the out-of-the-box factory overclock of any card. Memory overclocking showed large gains, no surprises there as these chips are rated for 16 Gbps officially, which makes me wonder why NVIDIA chose to run them at 15 Gbps instead.

NVIDIA has announced an MSRP of $329 for the GeForce RTX 3060. I feel like they took a leaf out of AMD's playbook and are now working with fake pricing. Board partners tell me that they would be selling at a loss at that price since just the production cost is that high, before any salaries are paid, or activities like support and marketing are taken into account. Others pointed out that memory prices are on an upward trend, which will make this SKU financially impossible starting as soon as next month. Good thing we're in a crazy market that soaks up all graphics cards no matter the pricing. That's why there will be a focus on premium models at much higher pricing than $330, and only minimal volume at $330. The RTX 3060 goes on sale in three hours from now, at 6 PM Euro time, and I doubt that stock will last through the day.

I talked to several vendors, and they say volume is "not bad.. similar to RTX 3070, better than 3080." Scalping has become a huge moneymaker, so I'm sure once these cards are sold out, they'll start appearing on eBay at inflated prices. RTX 3060 offers performance comparable to Radeon RX 5700 XT, plus support for raytracing. It's also very similar to the RTX 2070, and as such slightly behind the RTX 2070 Super, which both offer similar raytracing performance. That's why I feel pricing for the RTX 3060 will gravitate to what these cards are going for, maybe slightly higher because of the allure of "Ampere" and "new."

I may be completely wrong, but I'm quite sure we'll see pricing well above $400 for all RTX 3060 cards, $420 is my guess for minimum specced cards, with more premium models reaching upwards of $470 or $500. Since the MSI GeForce RTX 3060 Gaming X Trio is such a premium model, probably the best of them all due to the massive cooler, I think you can definitely work with $470–$500 for this card. I added price/performance entries for several hypothetical price points to our Performance per Dollar charts. Do take a look, and make sure you don't overspend. Personally, I would definitely consider the RX 5700, RX 5700 XT, RTX 2070, RTX 2070 Super, and GTX 1080 Ti as alternatives, possibly used, even if it's just to keep me gaming for a few months until prices have stabilized some more. 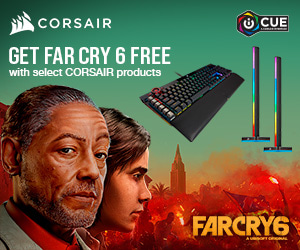