Aside from the mouse, one finds a manual, several stickers, and a Lithium AA-battery (Energizer Ultimate) in the box.


As the Orochi V2 can be operated with either a single AA or AAA-battery, albeit not both at the same time, the weight changes accordingly. Without any battery inserted, my scale shows around 58 g (+/- 1 g). With an Alkaline AAA-battery (not included), the weight goes up to 68 g, while the included Lithium AA-battery brings the weight up to 73 g. For comparison, the SteelSeries Rival 3 Wireless with a single Alkaline AAA-battery installed weighs in at 96 g, although one has to keep in mind that it is quite a bit bigger. Likewise, though not officially supported, the Logitech G305 too can be operated with an AAA-battery, and weighs around 83 g in that case, though this one is also quite a bit bigger than the Orochi V2. Nonetheless, the Orochi V2 is easily the lightest proper battery-driven wireless gaming mouse thus far. Furthermore, the fact that the AA-battery slot is mass-centralized deserves to be mentioned as well.

As the Orochi V2 lacks a wireless extender, the wireless dongle needs to be plugged directly into a USB port. When doing so, as per Intel's documentation, it is strongly recommended not to use a USB 3.x port, as ports of this type may introduce interference adversely affecting wireless operation. A storage compartment for the wireless dongle is located right next to the battery slots.

The feet on the Orochi V2 are 100% pure PTFE (Teflon) feet. They are of above average thickness and glide very well. The ring around the sensor ensures CPI stays consistent upon applying vertical pressure.
Sep 28th, 2021 08:34 EDT change timezone
Sign in / Register 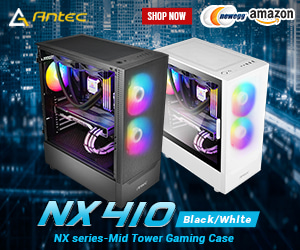