NCIX Closed Up Shop and Filed for Bankruptcy

by
Chino
Dec 5th, 2017 18:16 Discuss (8 Comments)
Netlink Computer Inc., commonly known as NCIX in the hardware enthusiast circle, was a popular Canadian hardware and software retailer founded by Steve Wu in 1996. NCIX established its first base of operations in British Columbia, and with time, the company eventually owned numerous retail stores in Canada and as much as three shipping facilities, including one in the US. Despite having to compete against the likes of Amazon and Newegg, the Canadian retailer always appeared financially healthy, or so we thought. The company entered a financial crisis back in the month of July, and it had no choice but to close a few of their retail stores. Financial problems are like leaky pipes. If you don't fix the leak in time, it'll eventually flood your whole house. And apparently, NCIX wasn't capable of fixing theirs. With no other options available to them, the ex-retailer closed their last store on November 30 and filed for bankruptcy shortly afterwards on December 1.

NCIX haven't officially disclosed the reasons that lead to their bankruptcy or how long they've been lingering in red numbers. Being a private organization, they're not obligated by law to reveal their financial reports to the general public either. However, the internet is filled with speculations. Some blame the higher-ups in the company for bad management. Others believe it was NCIX's own stubbornness to invest in physical stores that lead them to their demise. So, is this the end for NCIX? Not quite. Companies go into bankruptcy all the time, and some do bounce back. TigerDirect and RadioShack are perfect examples. We can only hope NCIX do the same.

8 Comments on NCIX Closed Up Shop and Filed for Bankruptcy

Just dont buy anything for now
#4
For some reason Linus tech tips was on my mind first, when I saw the title.
#5

lZKoceFor some reason Linus tech tips was on my mind first, when I saw the title. 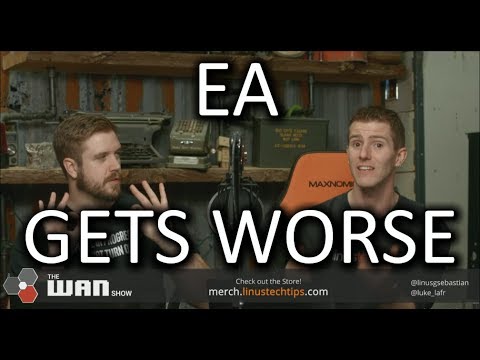 lZKoceFor some reason Linus tech tips was on my mind first, when I saw the title.

yeah me too, but now i skip most of his vids since he yell alot and acting too much, i prefer when he used to unboxing vids. too bad NCIX must gone
#8

Mail order is not part of the bankruptcy as per my understanding.
Jul 8th, 2020 07:15 EDT change timezone
Sign in / Register