The most essential, and most expensive component. It simulates the load (static or dynamic) and gives the reviewer the capability to stress a PSU to its limits. Some reviewers have acquired a retail solution (Sunmoon 268 – 5500 – 8800, Fast Auto, RedTech loaders etc.), some are using the laboratories of a manufacturer which are usually equipped with highly expensive Chromas. By the way, I find this approach wrong, since I can't help to wonder how it's possible to implement an impartial PSU review when you test in the competition's labs. Many times you are not even allowed to control the highly complex-expensive testing equipment. Finally there is the group of reviewers who built their own loaders. I partially belong to the latter category since I started PSU reviews with a custom designed-built loader, the legendary Faganas and later I acquired ten electronic loads - seven Arrays 3711A and three 3710A-. Currently I use a Chroma setup consisting of two Chroma 6314A mainframes, equipped with six 63123A loads (350 W each), one 63101A load (200 W) and another one 63102A load (2 x 100 W). 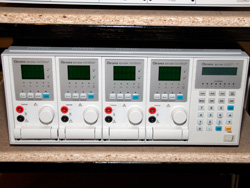 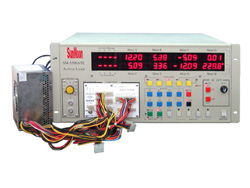 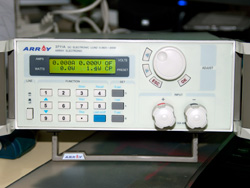 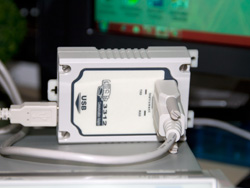 In order to monitor and control my custom made loader at first and the new loads later and record and analyze all output data, a custom software application was developed (~17,000 lines of code excluding the APIs, libraries). Its development started in early 2010 and still goes on since new features are constantly added and old ones are improved. Right now the custom software gives even more capabilities to the Chroma loads that I use, making the PSU testing procedure much more easier and accurate on the same time. 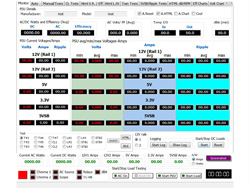 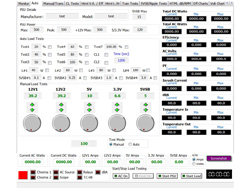 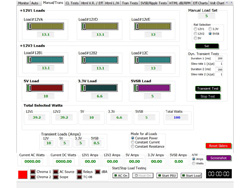 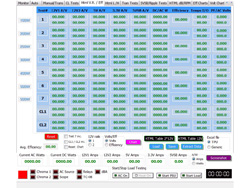 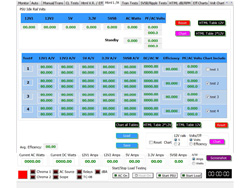 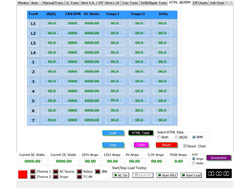 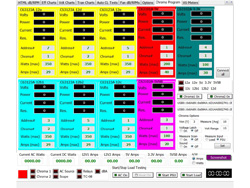 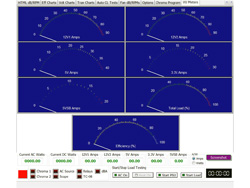 The power meter or power analyzer (more expensive) is used to measure the exact (AC) watts that the PSU pulls from the power grid along with other crucial parameters like power factor, AC volts/amps, etc. Given a known power consumption at the DC side, we can easily calculate the efficiency (DC watts/AC watts).

A good power meter with high sampling rate is essential. The APFC stage can be very tricky, resulting sometimes in very inaccurate readings with cheap Kill-a-Watts. Unfortunately a power analyzer is pretty expensive but if you want to have accurate readings especially in very light loads (<100W) or very high ones (>1000W) then you have no other choice. I have an Instek GPM-8212, one of the best power meters/analyzers for its price tag and as backup a Prova WM-01 power analyzer (rebadged Extech 380801). All above can be connected to a PC so with the help of the afore-mentioned application that I wrote I am able to measure, among others, the efficiency in real time. The latest additions to my equipment are a super-expensive Chroma 61604 AC source which definitely worth its price, with the numerous features it provides and a Yokogawa WT210 power meter. 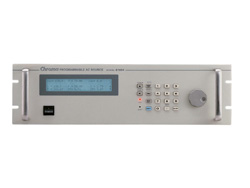 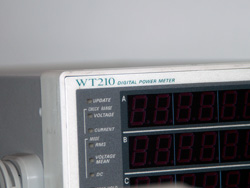 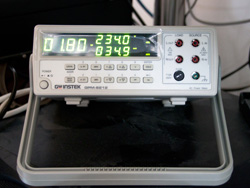 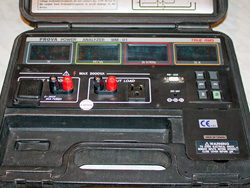 In order to measure voltage ripple on the DC rails with static or dynamic (transient) loads, an oscilloscope is a must have. Most PSU reviewers use the limited bandwidth (250 KHz) Stingray DS1M12 since for this purpose it does its job pretty well, but there are others that invested in a higher bandwidth oscilloscope. I currently own a Stingray, a Rigol VS5042, a Rigol 1052E (hacked to 100 MHz) and two Picoscopes 3424 with four analogue channels each. Almost all screenshots in my reviews are taken with the Picoscope 3424 except some taken with the Stingray - in turn on transient tests -, since I conduct these tests with my older resistor based loader. 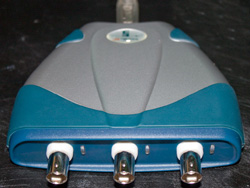 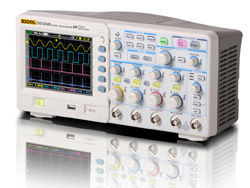 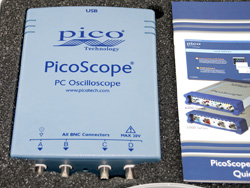 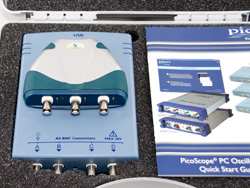 Although all load testers are equipped with their own current / voltage meters, a good multimeter is always useful in a PSU review. I own three multimeters in total, two cheap ones and a Fluke 175. Of course I use the Fluke when needed. 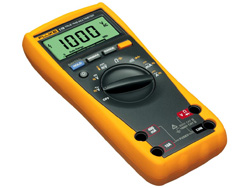 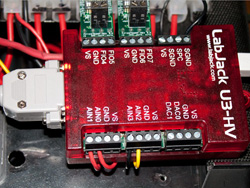 I think that there is no point in measuring a PSU at room temperatures, since it will spend all of its life inside a case where temperatures are much higher. So the most interesting test results are the ones obtained with the PSU working at temperatures above 40°C ambient. The ATX specification states that a PSU should be able to operate at ambient temperatures of +10°C to +50°C (at full load, with a maximum temperature rate of change of 5°C/10 minutes, but no more than 10°C/hr.) However the 80PLUS organization tests efficiency at only 23°C ambient, which according to my humble opinion is way too low for this purpose.

The construction of a hot box is fairly easy but keeping a steady temperature inside it isn't. Many reviewers utilize the heat that their load testers output to raise the temperature in their hot boxes, while others use hot boxes with heating elements installed (I belong to the second category). 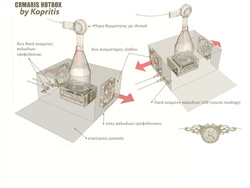 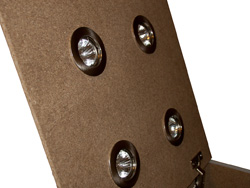 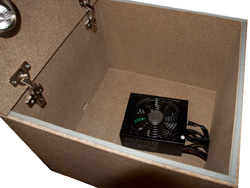 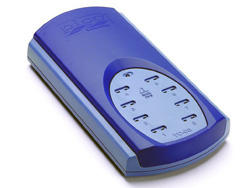 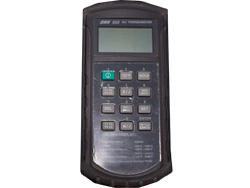