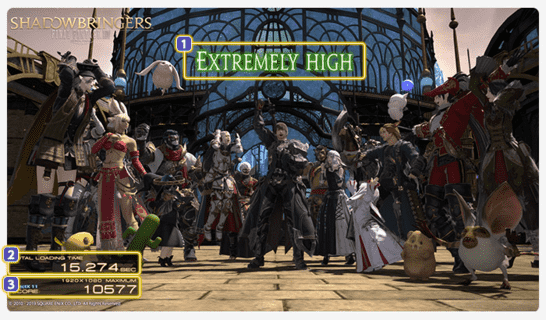 See just how well FINAL FANTASY XIV will run on your computer. This official benchmark software uses actual maps and playable characters to assign a score to your PC and rate its performance. A character creation tool is also included, allowing you to view a playable character as they will appear in-game.

Creates a report containing your score and system specifications. The report will be saved as a txt file in the same folder as the "ffxiv-shadowbringers-bench.exe".