My cpu constantly gets edp other red 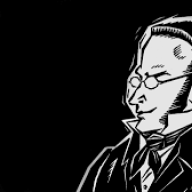 Hello! I have i5 1035g1 cpu with an MX330 graphics card. I have been using throttlestop for almost a year and I had no problem since 2 days ago. My cpu doesnt even use 15 Watts that I set for PL1. Max it goes is 13 Watts and this makes gaming unbearable. I tried fixing this 2 days ago but I couldnt do it. Than yesterday I opened my laptop and everything was fine. Today I opened my laptop and my cpu is getting throttled again for no reason. My prochot is set to 99 degrees and my cpu doesnt even see 70 degrees so I assume that it is not thermal throttling. I looked at the log files and it just says edp. I deleted throttlestop and installed again, deleted ThrottleStop.ini and started again. And I cant find a solution. I have no idea why it gets throttled, why it was fine yesterday, why it is broken know. Can somebody please help?

System Specs
Your FIVR window shows as locked, if it was unlocked previously it's possible an update has removed the ability to undervolt.
Rolling back to an earlier Bios for the Motherboard might regain functionality.
@unclewebb

That can work but the part that I dont understand is that it was broken 2 days ago, it worked yesterday and now it doesnt work again. And I have no idea why.

@Joseph Ada - Some EDP throttling problems can start to happen randomly. Multiple things can trigger this type of throttling. Here are a couple of things to try.

Open the TPL window, check the Short Power PL2 box and set the Turbo Time Limit to the default value which is usually 28 seconds. Clear both Clamp boxes. Check the Speed Shift box.

After you make the above changes, hold the Shift key down on the keyboard. While the Shift key is held down, select the Restart option in the Windows start menu. This will fully reboot your computer.

After your computer starts up, run ThrottleStop, open Limit Reasons and check to see if you still have constant EDP throttling. If you do, try doing a Sleep - Resume cycle. Some computers have bugs where the BIOS will set the CPU up slightly differently after a full restart compared to how the CPU is setup after a Sleep - Resume cycle. If you get lucky, maybe one or the other can be used to solve this problem.

Do you know if there were any recent BIOS or Windows updates? The ThrottleStop FIVR window reports the Microcode version that the CPU is using. Your screenshot shows version 0xA6.

If you have any screenshots from a month ago, you could try comparing the microcode version that the CPU was using then to the microcode version that the CPU is using now. I try to keep an eye on this number because it lets me know if there were any Windows Updates or a BIOS update that might have changed how the CPU works. Not all updates are for the better. I use Sledgehammer to try to prevent unnecessary Windows updates from being installed.

Another thing that controls EDP throttling is IccMax. Your FIVR screenshot shows that IccMax is set to 54.00. This should not be causing constant EDP throttling. I usually recommend changing IccMax to the maximum, 255.75. Unfortunately your computer has locked CPU voltage control so IccMax adjustment is also locked.

There are other hidden settings like a maximum CPU voltage setting that ThrottleStop does not have access to. Some manufacturers set overly restrictive current limits so the CPU throttles and is prevented from reaching its full 15W TDP power rating. Some EDP throttling problems cannot be solved.

Have you tried switching back and forth between plugged in and battery power when EDP throttling is in progress? There could be a sensor somewhere that is failing. This sensor could be in the battery pack or in the power adapter or somewhere on the motherboard. There might be some dust build up on the motherboard that is causing a sensor to short out.

How is your battery? Can you run on battery power for an hour without any problems? Try using BatteryBar or a similar program to see what your battery wear level is. The free Basic version works well.

Track battery life with BatteryBar and BatteryBar Pro for Windows. Statistical calculations on past usage give BatteryBar increased accuracy.

Other users with similar random EDP throttling problems have not had much luck coming up with a solution.

unclewebb said:
Have you tried switching back and forth between plugged in and battery power when EDP throttling is in progress?
Click to expand...

Are you using the original power adapter? Try using a different OEM power adapter. It is likely that a hidden power limit is being changed when running on AC power. This does not happen all of the time so it is either a bug or a defective sensor. Is the battery fully charged? Some power limits change based on that.

I do not have any documentation from Intel that shows all of the various things that can trigger EDP throttling. Without that info, there is no way I can solve this problem.
Last edited: Sunday at 9:15 PM