System Specs
Hi, my first post on this forum.

Seen an excellent write up / tutorial on flashing video card bios so this is best place to ask.

Is it possible to adjust memory on a video card by flashing / at startup? This is to run cards tha have 1gb+ by default on 32bit OS, which obviously eats into the 4gb (technically 3.5gb~) addressable memory. Personally I see 3.25 with this 1gb card installed.

If your curious, the cards in question are of the low/medium range.
What I fail to understand is why these are shipped out with 1, 2 and even 4gb when they do not perform all that well, certainly not newer games, which is the only scenario that asks for such memory. For low end cards like these to have 4gb vRAM, suggests marketing bigger GB numbers for the sake of it to sell more. Its obvious. Not even on a 64bit system is 4gb justified, as far as I can determine.
They play old games great, sure, but on 32bit systems the expansive memory crashes stuff often. One could update to 64 but right now thats out of reach, for many believe it or not, as it asks for many more upgrades additionally.

So yeah, got a little sidetracked but initial flash question remains.

System Specs
The real question is, why are you're running a 32-bit operating system nowadays? It's pretty out of date, even if it's Windows 10 32-bit. With 64-bit this memory issue goes away so upgrade it if you can.

It's not clear what you're trying to achieve by flashing your card anyway. Is it to use less VRAM than it has? That's a pretty nasty way of crippling it in my opinion. It could likely brick it, too. Do you have a link to that write up?

Yes, they sell low end cards with loads of memory to fool the uneducated into buying them. Marketing, as you suspected.

shorterxp said:
Is it possible to adjust memory on a video card by flashing / at startup? This is to run cards tha have 1gb+ by default on 32bit OS, which obviously eats into the 4gb (technically 3.5gb~) addressable memory. Personally I see 3.25 with this 1gb card installed.
Click to expand...

AFAIK, that isn't how it works anymore. If that was the case, you'd be seeing under 3GB on a 32-bit OS with a 1GB GPU and 4GB of system RAM installed. However, on any modern OS, the GPU memory is addressed using PAE, so it doesn't eat into usable system RAM on a 32-bit OS. 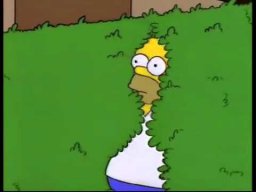 System Specs
I am no expert on vBIOSes, i have tinkered with a few of the 9 series cards and the like, but I do not think this would be possible without bricking at least a few cards in the process. Whatever extensions that various linux distros use to address more than 4 gigs of ram for things like ramdisks and etc. i would think would be possible to implement in a gpu bios given several people working full time on it.
S

Regarding PAE, ah I see its more complicated than dividing kernel / user space, then. I was confused why it wasn't 3GB, yes.

Yes I'd like to reduce vRAM. Either it can be done easily or its not worth hassle. It seems latter is more likely, understandable. Thanks for the replies regarding that.

I'm a die hard XP user, is the truth.
The greater context / another side to this question is; I'm experimenting with the /3GB parameter to optimize a favourite game. Game was designed on / to run on 32bit but with the advent of 64bit, its been getting more demanding, to the point the modders applied the largeaddressaware flag to the executable, in turn causing some problems for those still with 32bit. To mitigate these problems, certain features like high settings were greyed out. This can be undone however, for example if A) user has 64bit OS, or B) /3GB witch is set in the boot.ini of 32bit OS. The latter was a tweak discovered after the fact. Although not recommended, it was then later found that 3GB can be used in conjunction with /userva=xxxx parameter to fine tune memory allocation. In any case, I long to enable /3GB to unlock greyed features. It wasn't a problem before the exe was patched, I think its only to save worst case.
It would be nice to know what userva number would be the equivalent default 'memory mapping' (aka 3gb off).
In short, if one sets the /3gb flag, but counters it with an appropriate userva setting to return system to normal? Done to expose original settings in the app. Blimey.
*takes breath*
My observations so far is that max PF usage when the game is in use, accords to whatever userva is set to. The video memory as abstracted from hardware monitor (hopes these terms are ok) shows the game doesn't use more than 650MB. Incidentally this matches the other half of 3.25, not sure if just a coincidence.

Sorry for the sidetrack.

@ qubit, the link in your signature is broken 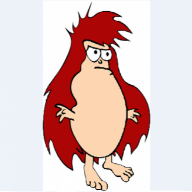 "HELP! My game is crashing because I have too much VRAM!!! How to fix please?!"

System Specs
If you are xp till death, i am pretty sure they made a 64 bit version you can go grab i know ive used it in vms and the like.

shorterxp said:
Is it possible to adjust memory on a video card by flashing / at startup?
Click to expand...

never heard of this being done dynamically.
Bios Flashing is a Permanent application (reversible by reflashing)
People Flashed their RX480 Cards from 4 gig to the 8 gig (sometimes it was successful sometimes not) as that model was released early in Production with 8 gig of mem and was restricted in Vbois to 4 gig.( and is the one example I can give where you could flash a smaller Mem footprint onto a card and would be pretty much certain to end up with a working Card)
So by flashing in that PARTICULAR CASE they gained full use of all the Available memory

Never came across any one before you that wants to lower vram by Flashing
Sure it can be Done BUT........

System Specs
I'm sure it is possible. Haven't seen any reports of anyone doing this though.

shorterxp said:
Regarding PAE, ah I see its more complicated than dividing kernel / user space, then. I was confused why it wasn't 3GB, yes.
Click to expand...

Yes, the video memory is now addressed using PAE. The reason you are seeing less than 4GB is because of other devices that require memory to be addressed. Pretty much every device has an addressable space assigned to it, and that takes away from the 4GB limit. One thing you can try if you want to get a little bit more memory available on a 32-bit system is going into the BIOS and disabling anything you don't need. Like COM controllers, or extra SATA controllers, etc. 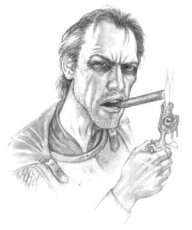 I doubt 1gb vRAM will be stable on 32bit OS regardless of what userva amount is set, now to think of it. I have tried many combinations and theres always issues (drivers fighting for addresses /running out of memory entirely > BSOD).

Btw I have sourced an older second hand card, good idea. Moreso to test 512Mb, may help.
Really this is part of a larger R&D project to arrive at cheapest, smallest form factor (i.e. portable) machine that can run aforementioned game, made from second hand pieces (hence 'cheapest'). Only low profile cards qualify for it but there too little choice here. i.e. Those that can handle said game in question.
On the one hand theres 'ancient' "budget" 8/9 series from nvidia (and w/e the ati equivalent is) such as XFX 8400GS, and on the other hand newer "budget" Geforce GT low profile cards, in my case GT 430. ("Budget" is such a bad descripter for these cards). However as previously stated, the latter have 1gb minimum. Between these lies Zotac 9600GT Low profile card, excellent but rare. Note none of these ask for auxillary power. some 256, some 512mb.

I settled for XFX 9800 GT Low power (touted as 40% more power efficient costing only 10% loss in performance, innovative!) , although not low profile, it is single slot. It may or may not fit, I've yet to finalise the design. The fram rate on the 430 is epic memory issue aside.
Hesitant on move to 64bit. (I may do dual boot with Win10 64bit which is here, but meh I can't be bothered with that OS). It seems the computer peripheral industry makes a killing from those with time and money to update systems on 3 yearly or so basis, sometimes even prompted by forced OS updates (a well known tactic that becoming more common. I say to people; would you like it if one day energy suppliers changed the AC at the wall, in turn rendering all your electronics redundant? because thats what software is doing currrently and its crippling, imo).
Anyway, I rarely 'game' and when I do its this particular one (which isn't demanding considering its from 2005 but has been modded beyond the engines limitations, with great success up until the move to make it largeaddressaware / give up on otimisation due to 64 bit OS).

So yeah, the size of the case stipulates card choice. 1U x 13" x 8". Confident. Strong. Portable. Atleast the OS is responsive.

Related is if Memory type (GDDR v DDR) can help. Anyone know? If the graphics driver runs out of space with this 1GB DDR card, I wonder if 1GB GDDR will work better. GDDR on non-aux-power cards is rare, including the budget GT series. Variants of of GT 730 Silent from Asus / Gigabyte has GDDR though. I wonder if the vendors get to choose memory type. The whole budget card idea stinks, with all this low quality memory on 64bit bus. The 9800GT, iirc a 92a chip of 256bit and was efficent.
What happens now is people buy these budget things try them out, realise theyve made a mistake and then re-sell. The same card is probably sold many times. They are garbage and imo the marketing is misleading, if not illegal. Certainly not 'Green' or ethical.

Its said GDDR is more efficient at read/writes. May help, may not. Can only but test. £33 new for an Asus 730, with possibility of a return at the cost of returns postage isn't a bad deal.