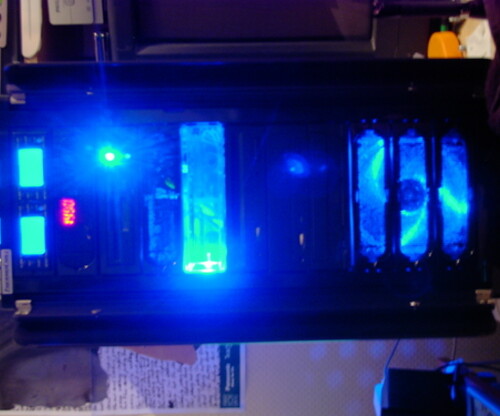 I have a thing for blue, so, most of the case is blue, bar the SATA cables/SATA power, which is green. Half inch w/c loop for the CPU, 1/4 inch for the graphics card (external) with a Koolance full ca... 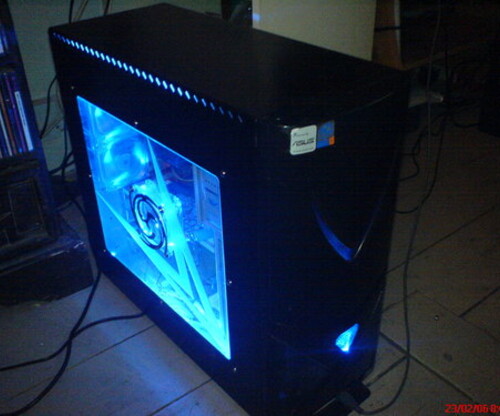 I built this in 2 hours once I had all the peices and I am still looking for a few things to complete my machine, I am looking for some aluminium braided IDE cables, and I want to get a new motherboar... 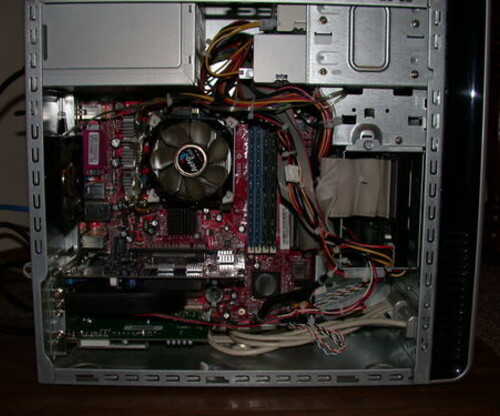 WHEN I BOUGHT THIS PC IN APRIL OF 2005 I ONLY HAD ENOUGH MONEY TO BUY THE TOWER ONLY SO I NEEDED TO GET THIS PC UP TO PAR BOUGHT AN ADDITIONAL 512 MB OF RAM FOR ONLY $60.NEXT I BOUGHT MY MONITOR AN AC... 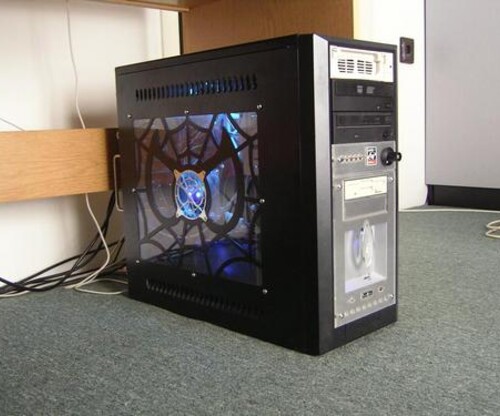 On the front panel, there is a potentiometer for volume adjusting for the amplifier. (I have an alternative sound system: Genius SW 5.1 Home Theater Deluxe.) Also the power supply is home modded: I re... 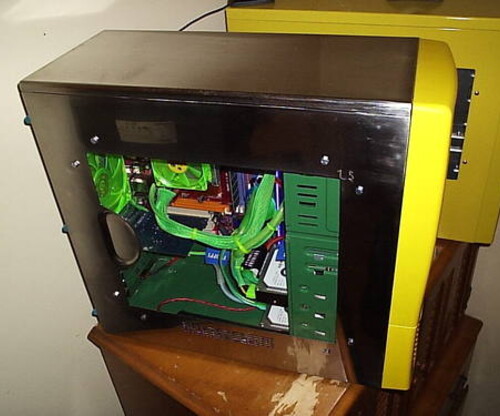 Used as a secondary pc for audio processing/storage on a network. Yellow front to match the pre-existing RaidMax case. The 'design' on the front is a crude attempt at a sound wave. Didnt come out quit... 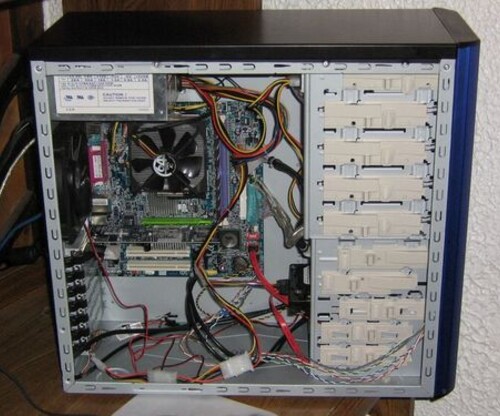 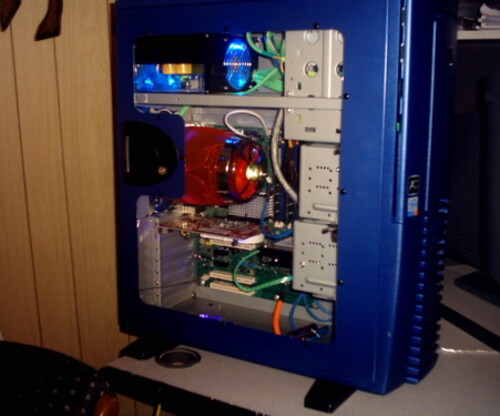 I tried this system with an artic cooling freezer 7 heatsink fan and it would Idle at 47c, Changed hsf to thermaltake and using artic silver 5 paste brought me down 17c!!! The newest thing I added wa... 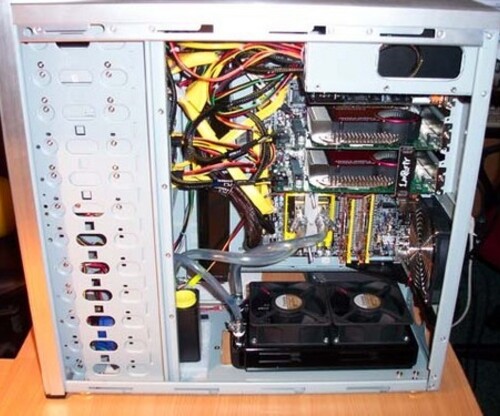 I just put together this setup this weekend, so I have yet to work on cable management... My thanks goes out to W1zzard and Maxxxracer, both for puting up with my seemingly endless stream of questi... 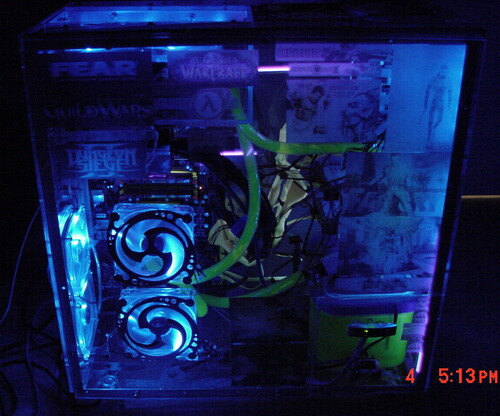 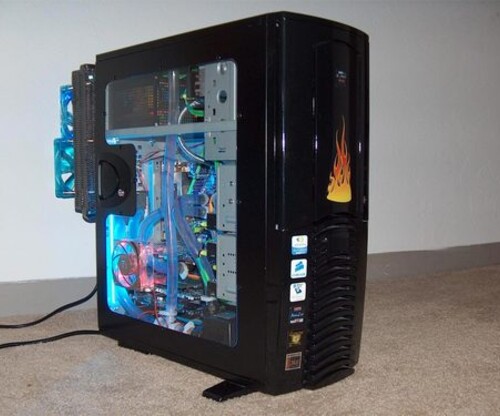 I made my own radiator set up for this case. Radiator is kind of big and heavy, so I had to make special mounts for it. Ultra Dragon Glossy Black Case - Chaintech ZNF3-150 ZENITH MOBO - AMD Athlon 64 ... 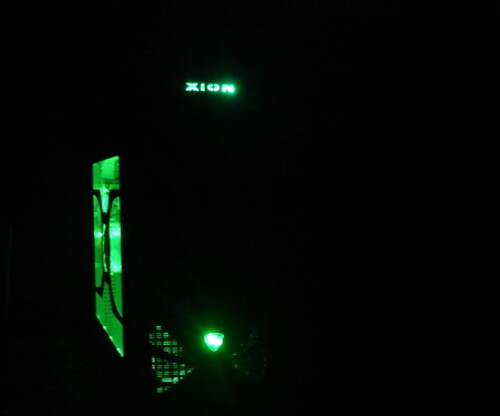 Budget system my brother made for me, was only working with a $700 CND Budget. So don't make too harsh comments on the hardware, its meant to Be cheap, Look cool, and Do what I need. inverted Harddriv... 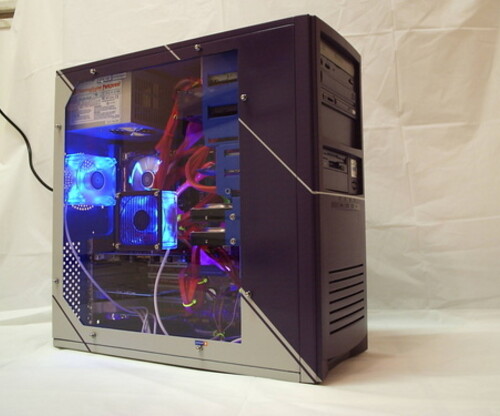 When I got the case, the old board was in it and the cpu fan was hanging by the fan connector bouncing around! Cleaned it up, painted solid purple (dark, for a freinds wife) who then took the case (fu... 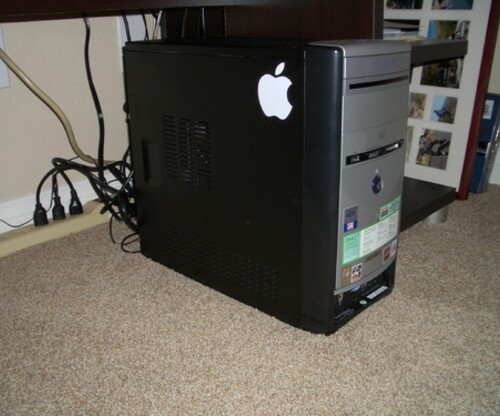 I mean, the mod was non-existant. I just used the best prices around and a black friday sale. Oh. For that price, I also got a monitor (yet a bit small for my tastes: 15" LCD monitor) and an all in on... 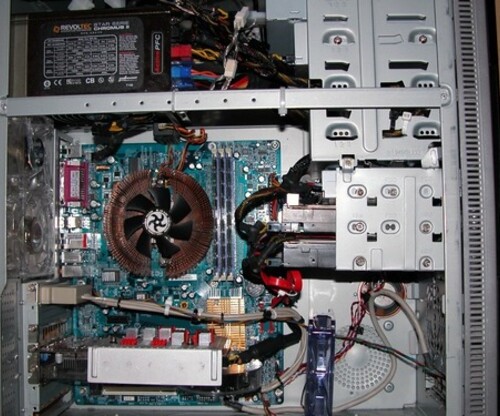 This is my first self-built computer and it has a good gaming performance although its 754 and i dont have dualchannel.I think its not a bad system for a 15 year old and i get 6200 3D-05marks without ... 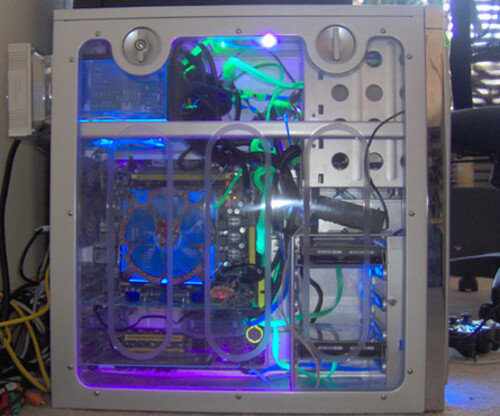 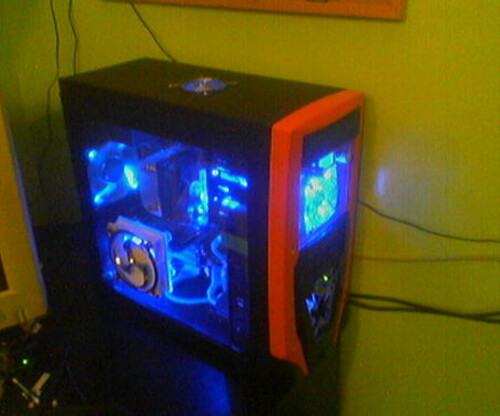 My idea was build a Air Cooled PC for gaming and daily use with 100% stability , and low temperatures with low noise at daily use and with power to cool all that parts at maximum OC or at stability te... 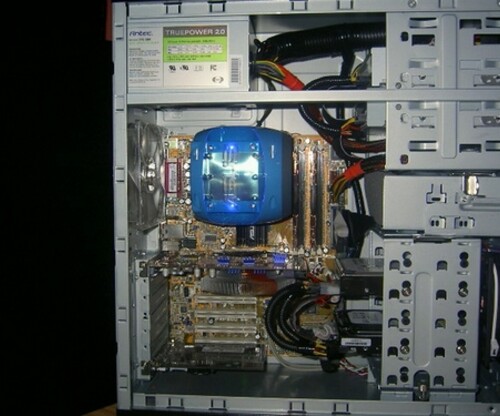 This was a gradual transformation from a comp bought at Futureshop and offered to me as a present. I kept the cpu, cd writer and the 80G hd. Not alot of eye candy here... bright lights = 1 year old ki... 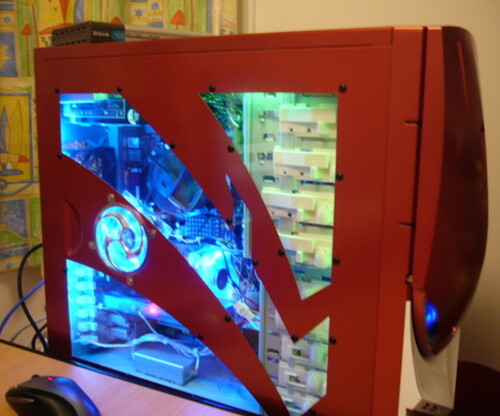 My very first build, and i am 14! I am very happy with it and there will be more mods coming, Arctic Cooling ATI Sliencer1 Rev2 is no it's way, After that will be a TT cable sleving kit and a total re... 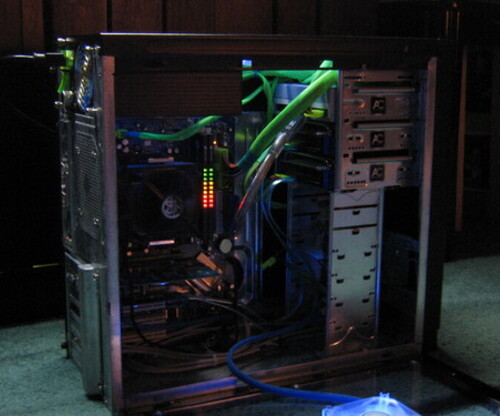 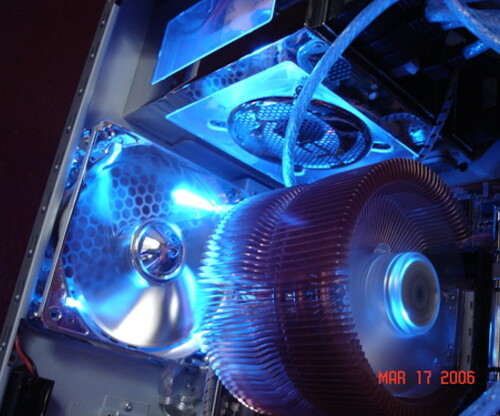 This is my first build still need to upgrade some fans but it turned out better than I expected.AMD x2 3800 Abit k8n Ultra OCZplat. 2gb ATI800 GTO 320g SATA raid0 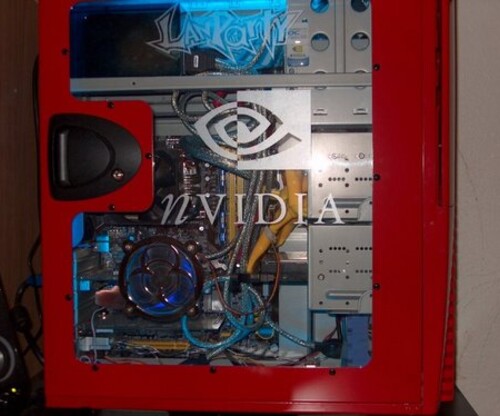 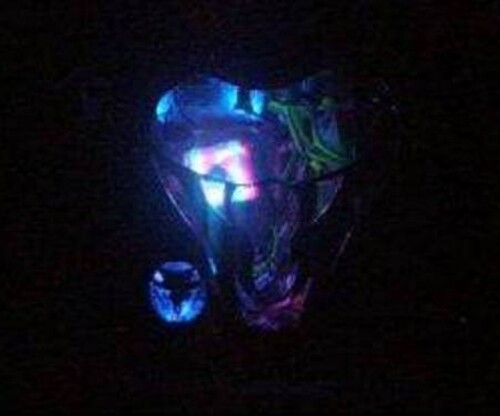 Well when you pass judgement on other people's systems here in the gallery I think you should either put up or shut up! So I'm just putting up. More stuff to come tho, systems runs fine and quick tho,... 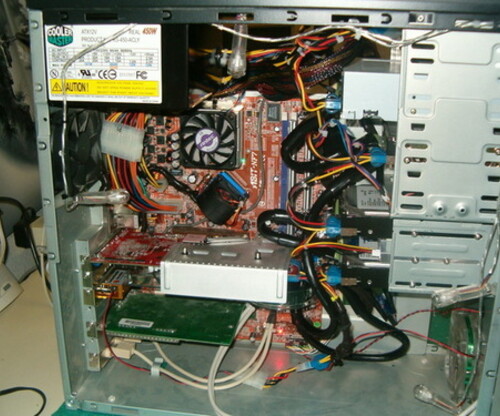 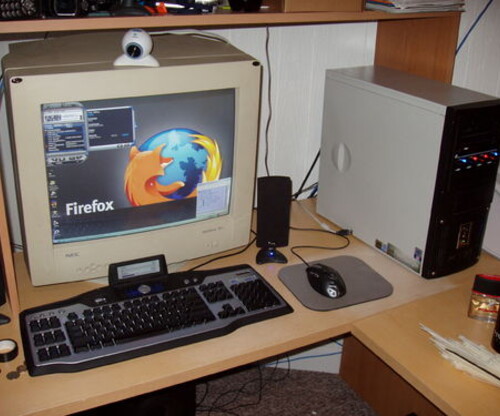 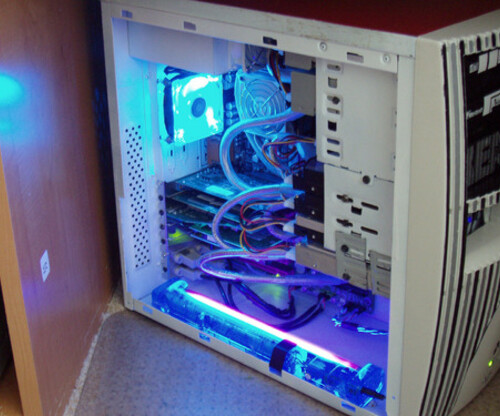