Had someone told us back in October 2013 that AMD could possibly create a dual-GPU graphics card based on its fast-yet-feisty "Hawaii" silicon with all the GPU units enabled and as a two-slot card that draws its power out of just two 8-pin connectors, we'd have asked them what they were smoking and if we could have some of that stuff. Well, they now stand vindicated because the new Radeon R9 295X2 is a 30 cm-long two-slot card alright, although it also lugs along a 120 mm radiator and factory-fitted tubing that you'll have to find room in your case for (more so if you already have a liquid CPU cooler installed).

The design goals for the Radeon R9 295X2 couldn't be more clear – to offer a no-nonsense CrossFire-on-a-stick solution made up of two R9 290X chips. The idea is to pack enough graphics processing muscle into one card to make any game out there playable at 4K/60Hz, with the eye-candy cranked up. The display output configuration of four mini-DP 1.2 and a dual-link DVI should inspire multi-display gamers.

There was simply no way AMD could have done two things with this card – one, to completely air-cool the card as a dual-slot solution and, two, to power two 250W chips with just two 8-pin power connectors.

AMD overcame the first hurdle by turning to water-cooling OEM giant Asetek for an innovative cooling solution, a factory-fitted, closed-loop cooler with two block + pump assemblies serially plumbed to a single 120 mm radiator + reservoir assembly. The radiator may look inadequate at first, but our temperature measurements show that AMD managed to make it work without overheating. The card still has a 100 mm red LED-lit fan, which cools the centrally located VRM heatsink and the base-plate that cools the memory and bridge chip.

The second hurdle was overcome, of course, by breaching ATX specifications and drawing more power than allowed from the two 8-pin power connectors. For the Radeon R9 295X2, AMD recommends that the plugs powering the card are wired to a +12V rail on your PSU with at least 28A of current on tap per plug. Looking at these power requirements, we are forced to at least recommend a 750W PSU for a build with one of these cards, preferably one with a single +12V rail design and a decent efficiency rating.

Under the hood, the Radeon R9 295X2 is every bit a duo of two R9 290X GPUs. Each of the two 6.2 billion-transistor GPUs has all its 2,816 GCN2 stream processors enabled, along with 176 texture memory units, 64 ROPs, and 512-bit wide GDDR5 memory interfaces that each hold 4 GB of memory for a total of 8 GB on the card, which should be more than enough memory for any display configuration you can try out with this card. 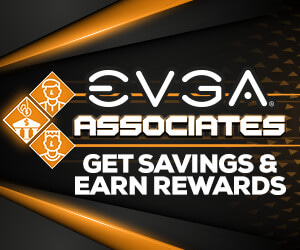