A big thank you to Comino for supplying the Otto system used for this review.

Comino is a company you may not have heard of, but it has quickly made a name for itself in the PC enthusiast space during the mining craze and has now pushed into desktops with the all-new Otto series of liquid-cooled, small-form-factor desktops. Rather than go with the flow by sticking to the slow-moving industry trends, Comino decided to design something different with the Otto, which has pushed them to the forefront of pre-built SFF systems. All that remains is to see where they go from here.

As the first proper pre-built desktop for consumers from Comino, the Otto is on the surface a marvel of engineering considering how much power has been packed into its tiny form factor. Typically, systems on this level of complexity are done by modders or extreme enthusiasts, not your garden variety system OEMs and builders. The review system being reviewed today is equipped with an Intel Core i9-9900K and an NVIDIA GeForce RTX 2080 Ti, and both are cooled by a 280 mm radiator in conjunction with custom blocks and industrial fittings all crammed into a fully custom chassis. Truly, it is a unique system in regards to looks and design, but before we start drooling, let us take a closer look at what is really on offer.


The system came in a plain brown box with no flashy logos or miscellaneous extras to draw your attention. However, once opened, we see Comino used premium packaging in the form of soft foam that nicely cradles the system and extras. It is definitely nice to see that Comino did not cheap out on the interior packaging.


When it comes to the accessories, you will find a few things you would expect and a couple you would not. In the box, you get a complete water-cooled PC, Wi-Fi antenna, driver disc, motherboard manual, system manual, power adapter, Comino stickers, fill bottle, and funnel, along with a stand and a cloth.


Taking a closer look at the system, the front, or if you use the vertical stand, the top, is the reservoir, which of course features addressable RGB lighting. Turning to the left side, you can see one of the major intake vents along with the various logos of the companies involved, including Comino and ASUS. Towards the bottom-right corner, the power button is placed in the Otto logo, along with a USB Type-C connector. No front panel audio ports are available, nor are there any other USB ports here. Instead, only what's included on the motherboard is available.


Taking a look at the back, no optional expansion slots are available at this time, but keep in mind that our review sample is a pre-production version. Currently, the graphics card uses a custom I/O bracket that holds it snug to the chassis, which would make future upgrades a bit tricky. However, according to Comino, final production units will utilize standard PCI brackets. As for the motherboard I/O, it is your usual setup with no custom cover—any typical Mini-ITX board should fit, so there is no cause for worry if you want to take the plunge and build your own custom Otto. As for the right-side panel, it's mostly a mirror image of the left, but lacks the front panel I/O from the other side.


A quick look at the top shows the white 280 mm radiator, which handles the system's cooling with two 140 mm Noctua fans. The amount of venting on the top, sides, and bottom should mean plenty of fresh air gets sucked in from all sides to eventually get forced through the radiator and out the top. As for the bottom, it has the same massive vented surface as the top, but with a small white strip, which is part of the internal divider separating the power supply from the other internal zones. It also makes it a bit easier to identify the bottom and adds a bit of support as an added bonus.


Taking a closer look at the rear of the system, or bottom if vertical, we can see it has 1x DP out (1.2), 1x HDMI out (1.4), 4x USB 3.1 Type-A, 2x USB 2.0 Type-A, 1x LAN RJ45, 2x ASUS Wi-Fi GO!, 5x audio jacks, and 1x optical S/PDIF out. On the GPU side, the RTX 2080 Ti provided by ASUS comes with 2x DisplayPort, 2x HDMI, and 1x USB Type-C. You can also get a closer look at the custom bracket which screws to the GPU and holds it firmly to the chassis, although it is limited to the pre-production samples. A closer look at the front shows the channels the coolant takes through the reservoir with the pump secured directly behind it. As for the front I/O, while minimalist in design, the way it is incorporated into the Otto logo is quite elegant; sadly, it is a bit spartan if you use the included stand for a vertical setup.


A slightly closer look at the top and bottom shows the chassis is not flat, but instead features concave panels. This gives the system a slightly more striking look than a more traditional, boring boxy design.


As for the vertical setup, it's a pain and limits your ability to plug anything else in, especially with the limited front panel I/O, although it looks pretty nice. The only other thing I don't like with the vertical design is the lack of lighting towards what would be the bottom of the case. In the vertical position, it looks more like the LEDs in that region are dead, although there in fact aren't any. Regardless, the system is capable of lying flat, which looks much better. Some extra RGB lighting down in there would of course make the vertical orientation more appealing visually, but the traditional setup with no base is the way to go in terms of usability even then, all while making the lack of lighting in that spot less of an issue.


As for the RGB lighting, it look pretty damn good overall. To be honest, my photos don't really do it justice. it's not overly bright or in your face, but does make for nice ambient lighting, and ASUS Aura Sync via Armoury Crate worked just fine, so you have plenty of lighting options and modes to pick from.


The inside of the system is where things get interesting. It starts with the side panels, which are held in place by magnets for a nice clean look, and directly behind them are magnetic filters for the intake vents, something I am quite happy about. You will find the same setup on the opposite side.


Looking at the left side of the system, we can see the massive number of LEDs to illuminate it, along with the tubing run to the reservoir and the two 140 mm Noctua NF-A14 iPPC-2000 fans. The pump itself is positioned at the back of the reservoir, near the center, and has nicely sleeved cables, which are never a bad thing.


A closer look at the pump from the opposite side shows it's a Laing DDC 3.25. It's also easier to see from here that fill ports are available and within easy reach on both sides of the reservoir. Comino isn't messing around with the fittings either as they are something you would see in an industrial application rather than traditional consumer hardware.


Just like all the other aspects of the system, the power supply and all its cables are white by design, but it is worth noting that while our test system has a white theme in regards to coolant, wiring, etc., it is fully customizable at the time of purchase. So if white isn't your thing and you want to go red and black or with blues or greens, you certainly can.


The power supply in our sample uses a right-angled cable that runs straight through the system, which is why they include an adapter, as there is no replacing this cable on the pre-production system. However, as you may have guessed that is not a great solution for a mass-produced system; as such, Comino will be using a standard power socket on the back of the chassis. Lastly, the PCIe riser card you see here is indeed quite different from your usual offering. It splits off the PCB with a different wire arrangement that helps keep things a bit more tidy internally compared to the huge ribbon cables you are used to. You can also find the HDD for mass storage just below the PCIe riser card. For reference, it is a Toshiba HDWL120 2 TB HDD, while the SSD you can't see is a PNY CS3030 1 TB NVMe drive.

Of important note is that this system uses full-cover copper water blocks for the graphics card, CPU, and motherboard. Taking that into account, along with the use of industrial fittings and the level of quality in the system's assembly, I won't be tearing it apart. So while it is hard to get a proper look at the blocks, they are of good quality with Comino taking great care in regards to maximizing cooling performance and efficiency. 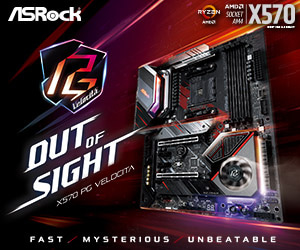