We will be testing this memory at 1T timing only, because that is what enthusiasts are using to get maximum performance out of their memory. 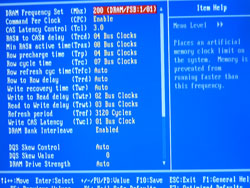 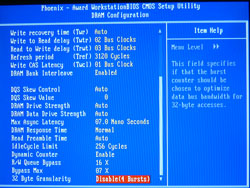 Then, we tested how far we could overclock the memory at 2.6V with tightest timings possible. We reached 228 MHz. When using the more relaxed timings of 2.5-4-4-8, our overclock dropped four MHz down to 224 MHz, which is strange. We did not run any benchmarks at these setting, since the 228 MHz @ 2.5-3-3-8 will yield better performance in all cases.

Now we increased voltage in several steps to 2.8V, 3.1V and 3.3V. We saw absolutely no increase in maximum clock speeds.

The last test "JEDEC DDR-400A" is for comparison with a generic DDR module running at JEDEC standard timings.


If you are going to run this memory under the specification of 250 MHz, there might be better alternatives with tighter timings like G.SKILL's F1-3200BIU2-2GBHX. But if you want to overclock to high memory speeds, and need 2 GB of memory, you will love these modules. 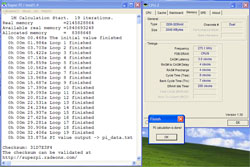 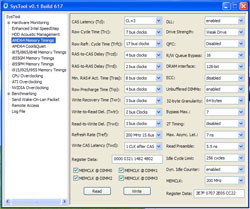 For easier comparison with other modules, we set the maximum voltage required for the best result (here 2.6V; max 3.1V) and tested until we found the highest clock frequency and fastest timings for this memory. The benchmarks Everest Read, Everest Write and Quake 3 were run. We then calculated the performance increase in percent compared to some standard DDR-400 memory running at JEDEC standard timings (2.5-3-3-8). The average percentage of the three benchmarks is listed in following table: