First of all, I would like to thank Links for providing processor samples the the rest of hardware used in this review.

Last month we took a look at the Core i5 661 processor and went through the Westmere architecture and all of its new features and technologies. When Intel initially presented the Westmere architecture and Clarkdale processors in the Core i5 600 series it turned out they were unbalanced in performance and heavily overpriced in stores. Announced as the "Nehalem" architecture for masses in the end it ended competing with some higher end Quad core processors at price points not for the masses. In spite of that, Intel managed to seize the lime light and prepared the terrain for lower end derivatives of the Core i5 600 family.

Intel Core i3 as Intel calls it is based on the same Clarkdale core as the Core i5 600 series. They are physically identical and the only differentiation between those two processor families is the lack of Turbo Boost technology in Core i3 models and lower core clocks, and if you've read our Core i5 661 review you saw that Turbo Boost makes a very small difference with dual core processors such as Clarkdale. So the Core i3 series keeps all the good stuff that makes Clarkdale such a performance competitive processor and offers it at much lower and acceptable price point. In fact Core i3 500 models could bring much higher price/performance ratios than the Core i5 600 processors, and could become the "carriers" of Clarkdale based processors.

This time we have Core i3 540 and its little brother Core i3 530 lined up, but before we dig in I would strongly advise you to read some basics of Westmere architecture covered in Core i5 661 CPU Review and W1zzard's Core i5 661 GPU Review. This review will not go in depth on the Westmere architecture or Clarkdale core, but rather focus on the Core i3 540 and 530 as products. Also you should note that this review focuses on the CPU part of Clarkdale and IGP features and performance will not be tested.

The Core i3 540 and 530 models come in a retail package that includes a short installation manual, Intel Core i3 case-badge, Intel-certified aluminum heatsink, and of course the processor. Intel offers a 3-year warranty for all retail processors, including Core i3 series. 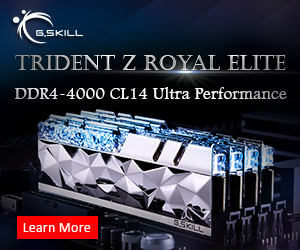