Just Cause 4 is the latest iteration of the epic open-world shooter that is full of possibilities when it comes to making things go "boom". Just like in the predecessors, you play as Rico Rodriguez to take on the "Black Hand", the most powerful private army in the world. This time, the game takes you to a fictional country called Solis in South America, where your mission is to aid the rebels in taking back their nation in a richly modeled open world environment.

Just Cause 4 is built on an updated Apex game engine—the previous version powered Just Cause 3. Compared to the predecessor, the developer, Avalanche Studios, has added weather effects that can interact with physical objects, and the enemy AI is supposedly improved, too. Animations were improved, too, and the rendering is more physics based to ensure things look good when they blow up.

The engine of Just Cause 4 is still based on DirectX 11 even though some early rumors indicated DX12 support—maybe with a later patch. Square Enix also announced support for NVIDIA's DLSS machine-learning upscaling technology, but it isn't included at launch and will hopefully get added soon.

In this review, we put the game through our selection of graphics cards, including the latest RTX cards and just-released AMD Radeon RX 590.
Oct 21st, 2021 23:33 EDT change timezone
Sign in / Register 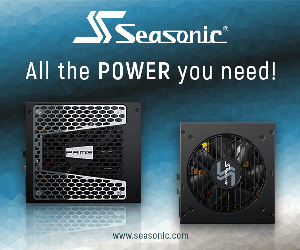