by
btarunr
Jan 23rd, 2015 23:02 Discuss (192 Comments)
It may be the most popular performance-segment graphics card of the season, and offer unreal levels of performance for its $329.99 price, but the GeForce GTX 970 suffers from a design flaw, according to an investigation by power-users. GPU memory benchmarks run on GeForce GTX 970 show that the GPU is not able to address the last 700 MB of its 4 GB of memory.

The "GTX 970 memory bug," as it's now being called on tech forums, is being attributed to user-reports of micro-stutter noticed on GTX 970 setups, in VRAM-intensive gaming scenarios. The GeForce GTX 980, on the other hand, isn't showing signs of this bug, the card is able to address its entire 4 GB. When flooded with posts about the investigation on OCN, a forum moderator on the official NVIDIA forums responded: "we are still looking into this and will have an update as soon as possible."

Great news for the owners, and gg nvidia :slap:
#2
Just sheer curiosity, does this mean that Afterburner is technically lying to me then? My card has peaked 3.65-3.7GBs of VRAM in my handful of heaviest games at 1440p. Not really saying this bug isn't real cause the evidence is there, more so just curious.
#3

ZakinJust sheer curiosity, does this mean that Afterburner is technically lying to me then? My card has peaked 3.65-3.7GBs of VRAM in my handful of heaviest games at 1440p. Not really saying this bug isn't real cause the evidence is there, more so just curious.

with AB, I wouldn't say yes or no, and that's from my experience using that software..

Really I think it goes deeper then AB for seeing the lack of memory usage but hey :wtf: tjmo
#4

When flooded with posts about the investigation on OCN, a forum moderator on the official NVIDIA forums responded: "we are still looking into this and will have an update as soon as possible."

He's weird, kinda a creepy dude lol :twitch:
#6
NVIDIA (and basically all of their retail partners) cannot ship a device unless it passes specific tests, including writing memory with digits until it's full. If some addresses are never reached, the test utility will simply print nice red "FAILED" string on the display.

I won't believe that engineers are so stupid these days that they don't know how to manage device memory (or at least how to make sure that it's accessible at runtime).
#7
Considering Nvidia has been able to replicate the issue..... and is researching it

SteevoConsidering Nvidia has been able to replicate the issue..... and is researching it


It seems they may have cut too much with he laser when making the 970, as the 980 doesn't suffer this issue.

I'm sure there is a Bris joke in there.

The memory is still being utilized just when you hit the 3000+ it seams to take a nose dive to 25% and below causing bottlenecks, leading to performance issues.

Either way this is a pretty big issue (if it is 100% confirmed) and something that hopefully can be addressed with a patch in drivers/bios.

Though it is curious that the 980s do not suffer the same problem which does bring to mind the rumor or it having to do with the cut on the chip.

Not sure honestly what to make of this. It's interesting to say the least...
#10
a recall or a simple update might fix the issue. A recall perhaps...with a nice free upgrade to GTX 980 :)
#11
I can confirm this issue exists and have experienced it myself with my GTX 970 and have had it prop up during gaming. Not to mention the issue is very easy to replicate.
#12
Ahhh...so that's why I can play Battlefield 4 @4K resolution on a 970 SLI setup, using 3.6GB of VRAM at a smooth 50-60fps for hours with no problems is it?

What bothers me is the naivete of some commenter above stating that nVidia would not send a flawed product out and that their engineers test it fully. I'm sorry, but are you sure you're not brain dead?! Companies send out bloody cars fully knowing they have f* up the production on that model and there is a good chance it will blow up.

And you dare to think that they would not send a flawed GPU? When in Gods name has a GPU killed anybody? Cars kill people on a daily basis and companies making them have no problem cutting custs even if that risks lives. And you expect a company to give a shit about a GPU? Seriously?!
#14
Remember the GTX 590s blowing up? 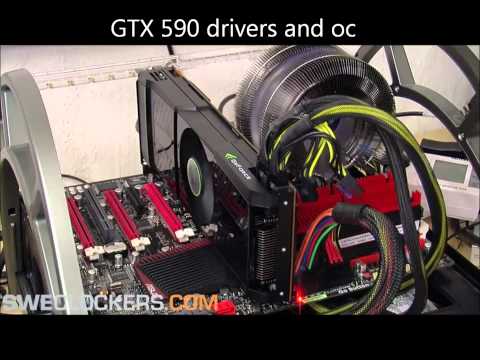 damricRemember the GTX 590s blowing up?

Yeah...according to posts from "owners" I think about triple the number of 590's blew up that were actually built. I also remember the mass hysteria over the supposed "fact" that all GTX 670, 680, and 690's were supposed to be defective based upon a small batch of EVGA SC's requiring a recall. I seem to recall a few other outbreaks of tech hysteria over AMD cards in the past ( the GSoD issue in late 2009-early 2010 comes to mind).

Tech forums : Where hysteria, viral marketing and the echo chamber form a singularity so dense that even common sense can't escape.
#16
I've read in other forums people with the same problem with GTX 660Ti, GTX 760, GTX 780, GTX 980 and GeForce Titan!!!
#17
No wonder, why GTX970 40% more cheaper than GTX980 but only 15% slower...somehow, really odd for me, especially when we talk nvidia price, since gtx 260/280, 470/480 and so on.
But yeahh GTX 970 still the best till now...
#18
GTX 670:(bandwidth for last 1-3 chunks varies from test to test)
#19
If this is a pcb design flaw a bios update most likely won't fix this, but i doubt that soo many custom PCB's will have the same "design flaw" and should be able to take it with a bios update, hopefully or i would return my card and buy a GTX 980 instead.
#20
So if you're buying a failed processor cut out, do not expect miracles. 4GB RAM to litl...
How it looks in use, when playing is a question .Or we see and what do we not see? These problems can be expected only in 4k resolution. Who will buy a GTX970 with 4 gb RAM for 4k playing will be disappointed .
#21
Does it really need more than 3GB ?
#22
My VRAM does seem to peek @ 3.6GB, but I have to push it to unplayable levels to get there anyway.
#23

Gene Wilder IS the shit!!!!!!!!!
#25
Having read the full thread at OCN there are lots of amateurs posting results from an improperly run benchmark. Quite funny.
Regardless, from all that debate I'm picking up conjecture, conspiracy and 'stabs in the dark'.
Issue needs addressed formerly, not by a few end users.
Nvidia will have a case to answer though. Regardless of the badly run benchmarks, people are reporting tanking frame rates when memory usage crosses a threshold that is reasonably below the cards hardware limit. Who knows, may be the texture compression algorithm uses Vram itself.
Add your own comment
Apr 11th, 2021 23:53 EDT change timezone
Sign in / Register