Unlike its predecessor, Cinebench R20 lacks a GPU test. The CPU test scales by the number of CPU cores and SMT units available. It consists of a tiled rendering of a studio apartment living room scene by Render Baron, which includes ray-traced elements, high resolution textures, illumination, and reflections. The number of logical processors available determines the number of rendering instances. The benchmark does indeed have a large memory footprint, and rewards HTT or SMT and high clock-speeds, as our own quick test shows. A 4-core/8-thread Core i7-7700K beats our Core i5-9400F 6-core/6-thread processor.

Update (11th March): We have removed the portable version download at Maxon's request. 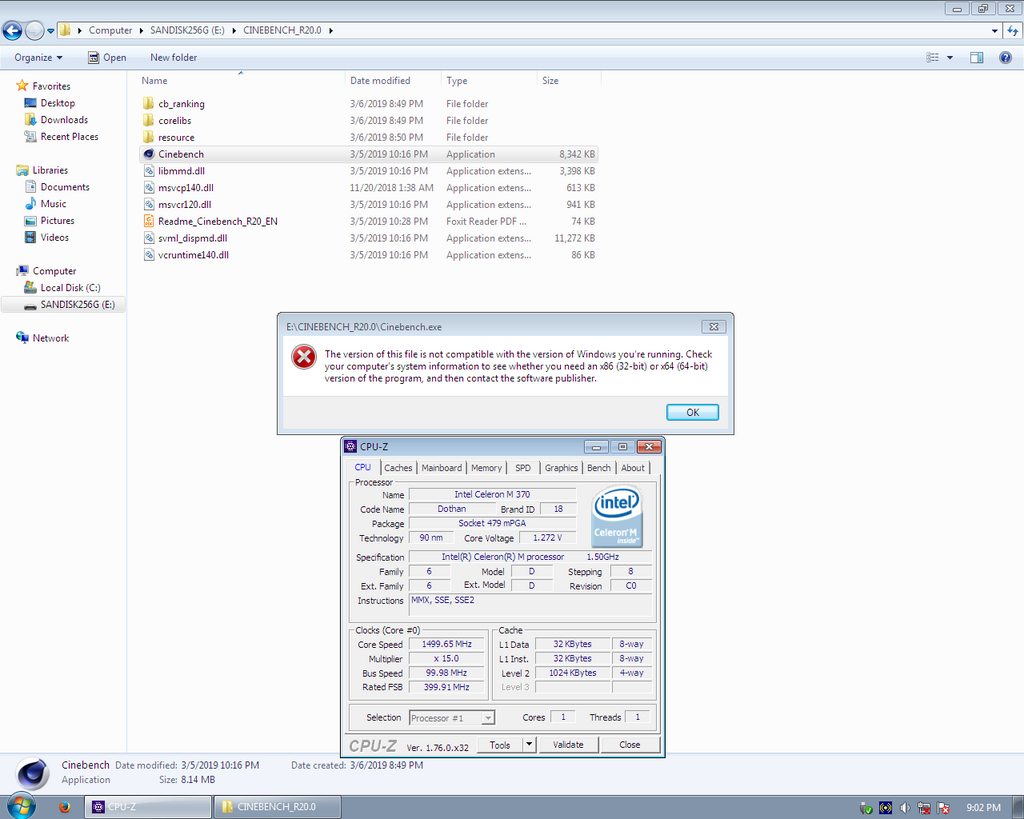 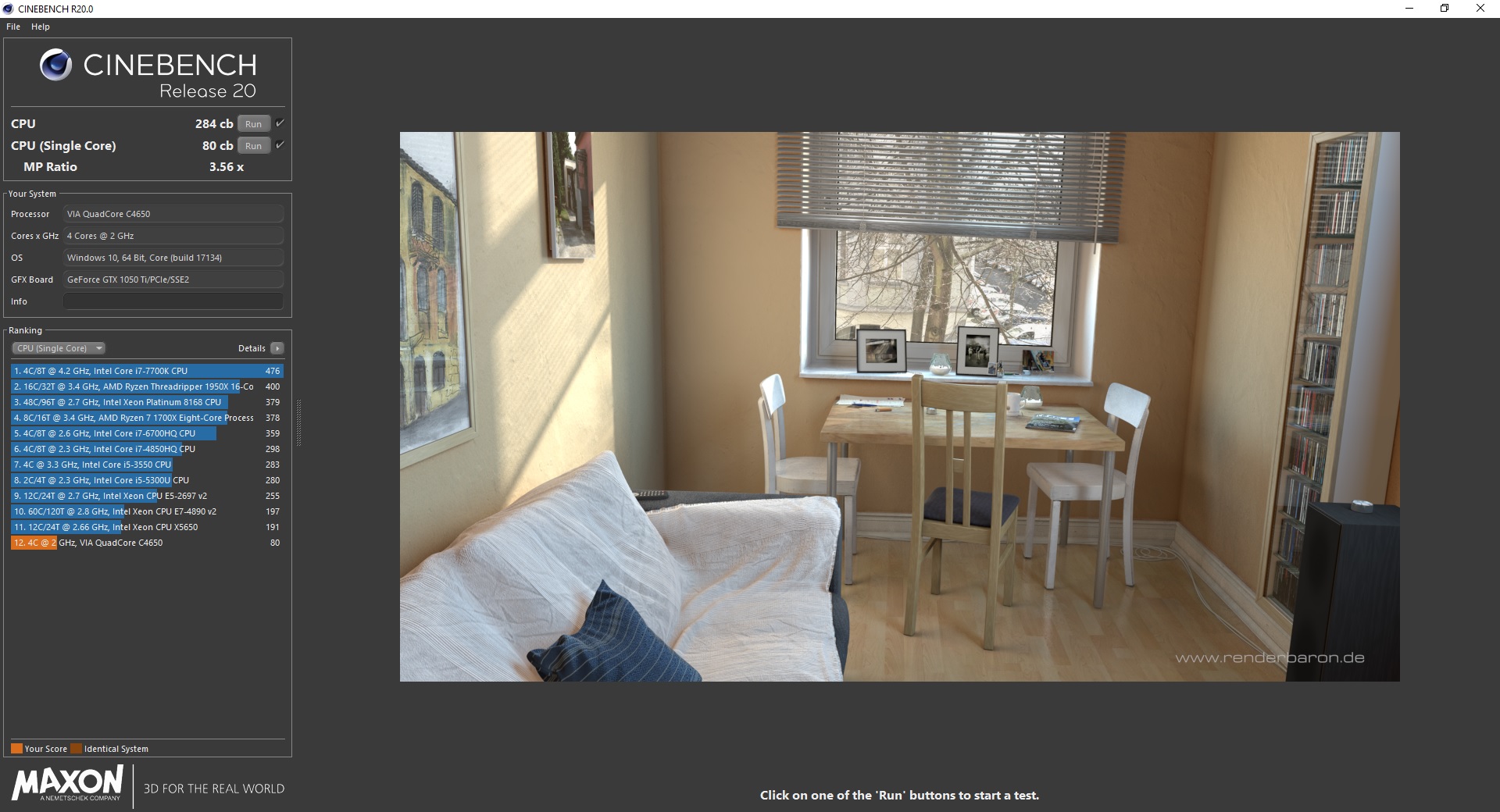 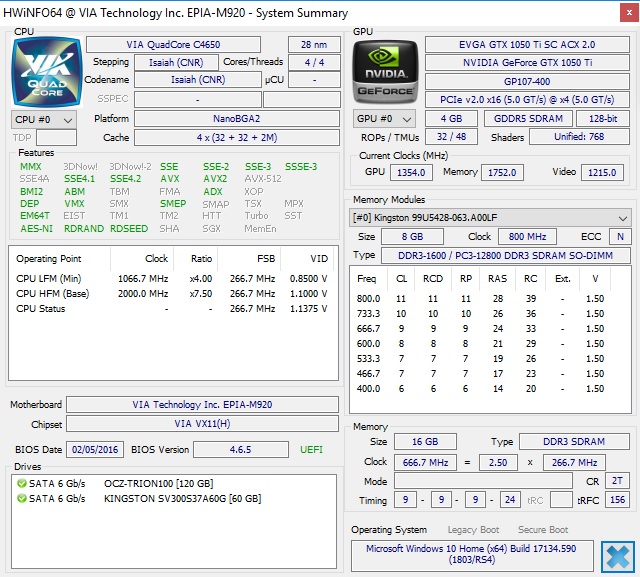 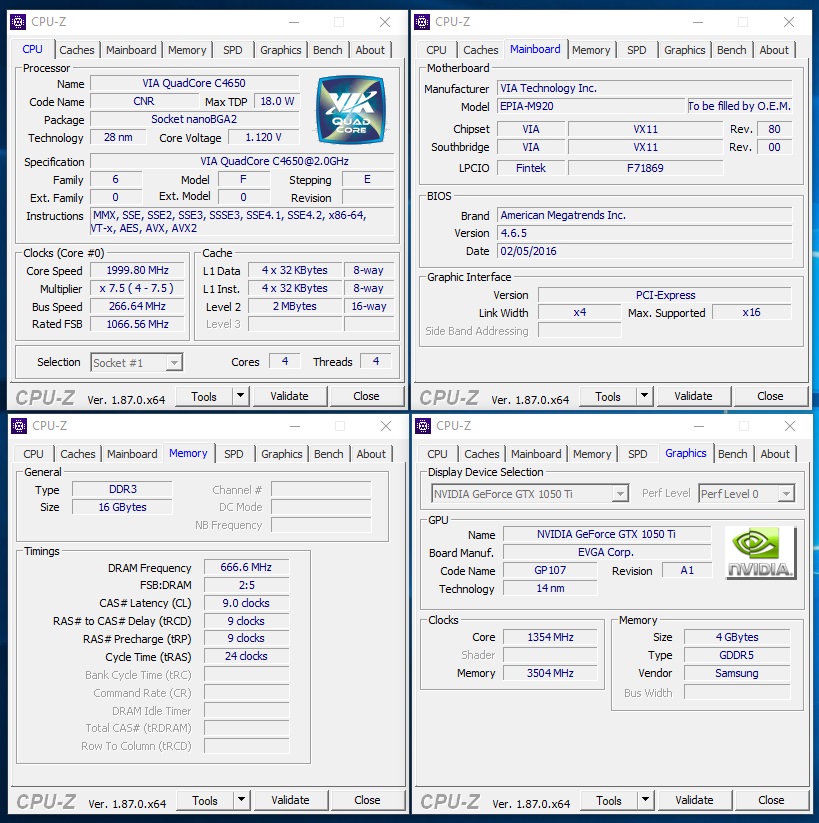 #56
And they'll probably block the portable download here too :wtf:

I have multiple computers. The one with the Celeron M is an old radio streaming server my dad gave me when it was replaced (I could probably find a use for it; less wasteful than throwing it away).
My main computer is the one with the 2600X and GTX 1070.
#60
Oh. OK. I thought you were running a 32-bit OS on the Ryzen system. That would seriously gimp it.
#61
Yesterday: Cool! Today: F**k em, If they can´t supply a non-store download.(www.guru3d.com/news-story/cinebench-r20-download-taken-offline-after-legal-threat-from-maxon.html)
#62
8700K @ 4.7GHz

Vya Domusor it's highly dependent on a single thread

Of course it is. Ray tracing is as single-threaded as it gets.

I always thought Guru3D is a fairly serious site and the text you've linked is really surprising.
[ICODE]Though we strongly feel that this is a community tool which belongs in the public domain we obviously totally need to respect what the publisher deems appropriate for them. [/ICODE]
A private company writes a program. They own it. WTF is a "community tool"?
For the same reason I was shocked a portable version appeared on TPU and received an ovation. TPU basically broke the copyright law by editing the files. This is enough for a legal action.
#64

Once the genie is out of the bottle, it cannot be put back in.

Maxxon should get off their high horse and and just offer it officially as a normal download.
Who wants to get from Microsoft Store, power to them.

Yeah, people still stuff all the time. But the fact that you can find stolen objects on a flee market doesn't mean stores on Oxford Street should handle them as well.
Maxon can't close down the Internet, but they do what they can to protect their property.
#66
It's free...

There's no "stealing" here of any kind.
Stop smoking whatever you were smoking 38 minutes ago.
#67

There's no "stealing" here of any kind.

Whether software is distributed for free or not has no impact on copyright.

Software distributed throught MS Store is, if not stated differently, covered by their standard license terms:
www.microsoft.com/en-us/servicesagreement/#STANDARDAPPLICATIONLICENSETERMS
"
You may not:
a. Work around any technical limitations in the application.
b. Reverse engineer, decompile, or disassemble the application, except and only to the extent that applicable law expressly permits, despite this limitation.
c. Make more copies of the application than specified in this agreement or allowed by applicable law, despite this limitation.
d. Publish or otherwise make the application available for others to copy.
e. Rent, lease, or lend the application.
f. Transfer the application or this agreement to any third party.
"
I've underlined the parts that are violated by making and distributing a portable version without Maxon's permission.
#68
We are doing free publicity to their software when posting screenshots and promoting the benchmark- They could just ask politely- I am sure Guru3D would respect their request.
Even tho they are right- they still getting bed publicity now, there was no need for that.
#69

notbOf course it is. Ray tracing is as single-threaded as it gets.

just so i am 100% sure what you mean, when rendering the scene the image is split into individual smaller images, which are then processed by the logical threads in the CPU right? So overall it is highly parallel. But each of those individual workloads is very single threaded? Sorry i got confused
#70

HwGeekWe are doing free publicity to their software when posting screenshots and promoting the benchmark- They could just ask politely- I am sure Guru3D would respect their request.
Even tho they are right- they still getting bed publicity now for threatening Guru3D, there was no need for that.

Copyright is what makes their work actually worth something. They'll ask as politely as you would if someone tried to take your life savings or your home.

Software companies don't f.. around when license terms are violated.

A few major sites have already dropped their "alternative" Cinebench downloads. TPU is still providing a portable version.
And this is happening a few days after we had a discussion here about TPU stance on piracy.
#71
Honestly i don't see how the MS store exclusivity is that bad. Yes it would be nice for a stand alone version but I believe Maxon has a deal with Microsoft and they may have even received some funds for development on the grounds that it was distributed solely through the MS store. As I use a lot of Windows PCs, having the MS account is actually pretty useful to me. ~shrug~
#72
Notb is right. W1z should take it out.
#73

Yeah i agree honestly, i don't want TPU to get into legal issues.~
#74

ArbitraryAffectionjust so i am 100% sure what you mean, when rendering the scene the image is split into individual smaller images, which are then processed by the logical threads in the CPU right? So overall it is highly parallel. But each of those individual workloads is very single threaded? Sorry i got confused

Ray tracing is a light propagation model that treats light as rays (a stream of photons). So the algo itself is single-threaded and built around relatively simple operations.
Now, rendering is a task of running a ray tracing method many times independently. These runs can be done in parallel, as you said.

But the original issue was about poor HT effectiveness in this benchmark. I won't really comment on whether it's actually that bad (there's not enough data yet). But I wouldn't be surprised.
Remember how HT (SMT) works. A core in your CPU can hold and execute 2 processes at the same time... up to a point when they need a core element that's singular (e.g. ALU).
Some tasks leave a lot of computation potential unused (because the CPU spends more time on just working with data and communicating outside).
Ray tracing is very intense computationally.
I've seen a few tests showing that rendering doesn't benefit from HT as much as some other applications do.
Here's an example (quite extreme, as the site name suggests):
www.extremetech.com/computing/133121-maximized-performance-comparing-the-effects-of-hyper-threading-software-updates
You should be able to find a more recent one to check if things improved drastically since 2012 (but they haven't ;-)).
#75
So we live in the day where absolutely free software is subjected to copyright and take-down threats.

Okay. I'm done.
Unplugging my PC's, throwing them out of the window.
No more software, no more hardware, no more internet for me.

Time to dust off that Stradivarius... and restart practicing on it.
Add your own comment
May 25th, 2022 16:47 EDT change timezone
Sign in / Register