by
Uskompuf
Aug 19th, 2020 02:23 Discuss (2 Comments)
NVIDIA GeForce Now is a game streaming service which allows gamers to stream owned games from Steam, Epic Games Store, and Origin remotely from NVIDIA servers to a variety of devices. NVIDIA has today announced that GeForce NOW will be coming to ChromeOS as a beta, this will add to the list of supported platforms which already include Android, NVIDIA Shield, Windows, and macOS. This beta will unlock new gaming opportunities for students with Chromebooks who would otherwise be unable to game.

NVIDIA has also announced intentions to bring Ansel and Steam Game Sync support to the service in the coming weeks. Ansel is a powerful in-game camera tool that lets gamers to capture professional-grade screenshots in supported games such as The Witcher 3 and Shadow of the Tomb Raider. GeForce NOW Founders membership is available for 4.99 USD a month and supports over 650 games including over 70 free to play titles.

#1
Geforce Now on a Samsung Chromebook if anyone is interested in watching. Video review is sponsored by Nvidia. 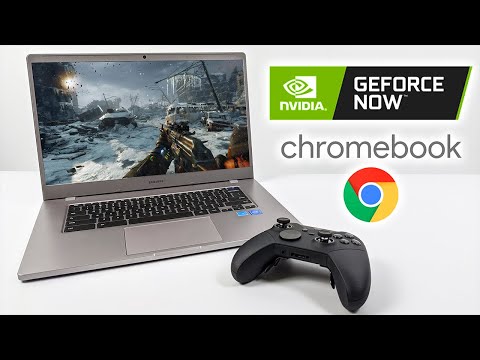