I will try different drivers soon because a few games crash.

Yup exactly what the problem was. 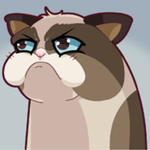 One thing I would like to see is a box for the shader operations per second numbers, as these days that number can be more important than fillrates.

Also, I expect the DirectX version is only supposed to list the capable version of the card, not what is currently installed correct? If it is supposed to show the installed version, than for me it should say 9 as I am only running XP.

Great software, I cant wait till it goes through a few more revisions and becomes as highly recommended as CPU-Z for people looking to see more information about their components.

. So a small screenshot will be better than a big discourses

My validation link is HERE

System Specs
In my GPU works well: http://www.techpowerup.com/gpuz/25wwg
I

Are you starting the program using "Run as Administrator" ?

System Specs
So, I see that my 8800GTS 640MB gets all the details filled in. Very cool.

However, I fear that it is basing those numbers off the Core/Mem/Shader clocks it is detecting, as those are incorrect.

Also, still no detection of my displays. They are "Generic" displays in Device Manager, maybe that is why. I will work on fixing that, then report back later.

Thanks, again for the excellent utility, and your effort spent fixing issues that have been found.
W

I can't get the validation to work, i tried turing off my firewall, Peerguardian, Antivirus, but it still didn't work. here is a picture of GPU-Z after i clicked the submit button:

P.S. It never worked for me with previous versions

Some wrong info was displaed for my 7900GS

Other than that it did an excellent job

Are you starting the program using "Run as Administrator" ?

yes.. I have UAC disable. everything run as Administrator.
P

I don't have installed ASUS tweaked drivers, I have ATI catalyst drivers 7.9.
Click to expand...

Exact same issue as this guy but with a Sapphire 512mb AGP model.

Nice program.
Despite it's bugs at the moment.


and all errors as far as die size ect. still exist in gpuz .6