N-Gen said:
If you feel like you're close to it's max power, just push it up in small increments, tweak the ram a bit if you can. Cards will vary so some might be worse some might be better depending on your luck.
Click to expand... 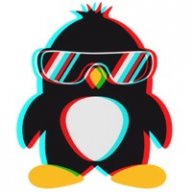 I've been in your same situation with my GO 7950GTX, going any higher will just be a waste of time if it doesn't even give benchmark improvements. As for SetFSB, I did donate for it to try overclocking my mobile i5s, didn't work but I still didn't regret donating towards it.

What I did when I was at the point of max OC on my laptops, was bring SPDtool in the mix and tweak my ram modules. It would be safe to test on 1 chip other than 2 (if you have 2), so if the system becomes unbootable, you put the "untouched" stick in and both chips use its values since it would be at lower clocks/timings.
N

Hmm, possible to overclock 1066 mhz DDR3 to 1333 mhz, or is SPDTool just meant for altering timings and not the actual speed of the RAM?
EDIT: Doesn't seem to work on my motherboard anyway so moot questions it seems.
Last edited: Nov 22, 2011
V

System Specs
Hello. I have HP nw8240 with ICS954215AG and none of the listed programs supports this clock generator. Any advice what to do? SoftFSB 1.7 supports PLL inport. Does anyone knows how to create my own pll inport file?

System Specs
Try contacting the developer of SetFSB, I'm sure he'll look into it.
P

N-Gen said:
Try contacting the developer of SetFSB, I'm sure he'll look into it.
Click to expand...

He refused even to talk to me prior to payment. So I don't know even if this clock generator support software control via system management bus. And I'm not comfortable about buying license key for software that is useless for me.

System Specs
He takes time even to process the payments themselves, so I wouldn't be too sure he won't answer if he takes his time. About SoftFSB, I have no idea...it seems like an old tool, I haven't even heard of it. Hopefully someone around here has and maybe can give you some assistance.

System Specs
I would love to lower the voltage on my i3. Does anyone have any idea what program I could use?
S

silkstone said:
I would love to lower the voltage on my i3. Does anyone have any idea what program I could use?
Click to expand...

have you tried the programs on the first page?

Anyone got any good programs or limits for OCing a Compaq C700 Celeron 550 Dual-Core 2.00Ghz?

Planning on going upto 2.10 for both cores hopefully not causing any problems as the inbuilt cooling is actually quite good on it.
H

can someone help me please?

Im trying to overclock my toshiba satellite c660-13r, but cant find my pll listed in any of the OC softwares.

i imagine specs would help: 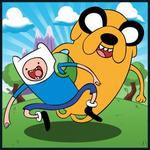 System Specs
Anyone know why my laptop doesn't boot at room temp but when I blow hot air in the vents via a blow dryer it boots up?

Otherwise I get a CPU is Malfunctioning error via the LED lights.

Its so odd, I opened it up and put thermal paste but still have the same issues. Its a HP DV4.
S

System Specs
I'm just starting the process of learning how to overclock my Laptop (ASUS G60jx). I was reading the first post here, and trying to select the program to use for overclocking my CPU and GPU, but most of the links in the first thread don't work and have not been updating.

Staxed said:
I'm just starting the process of learning how to overclock my Laptop (ASUS G60jx). I was reading the first post here, and trying to select the program to use for overclocking my CPU and GPU, but most of the links in the first thread don't work and have not been updating.

if its AMD, try K10stat. i dont know anything about intel laptop OCing.
S

Mussels said:
if its AMD, try K10stat. i dont know anything about intel laptop OCing.
Click to expand...

Thanks for the response, I've got an Intel though.

AFAIK in the program settings, you don't have to choose a PPL number per se as it displays the laptop name.

For the GPU I'd try MSI's Afterburner at first. You might need a modified GPU driver as the clocks might be locked. If all else fails you can attempt to bios mod the GPU, it's the road I had to take in order to be able to upgrade my drivers. 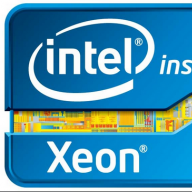 System Specs
I just joined this forum today and happened across this post. I feel it is my duty to update it

System Specs
One better, going for the 21x multiplier which equals 4.2 Ghz with a massive 1.5v core. Running at this setting requires the fan to be spinning at 100%.

I feel I have a handicap using a laptop that was notorious for cooking itself and has had two motherboards replaced by Dell. It died at 3 months old and again about 12 months later.....

I have never tried to get past 3.4GHz as per below but I shall give it a go.

Hi I have a Lenovo ideapad y710 that I picked up from a guy for about 60$ us now that I got it I found that it has a overclocking switch to the right and it works just fine but I wanna push it more just to the max I bought it just to fool around but I found this is a much more interesting machine than I thought it's quite old it has a core 2 extreme processor and 4gb DDR2 RAM and a ATI Radeon mobility hd2600 and 4.1 Dolby digital surround sound anyone got some ideas on how to push this thing to it's max I just wanna see what it can do please help 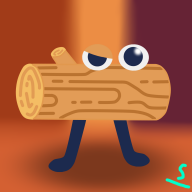 Had a few adventures considering an Intel Laptop overclock before actually trying it. So, here's what I learned. It may help somebody, even if this thread is tad old.
I'm running an Acer Aspire F5 573 723q(based on i7 6500u/Intel HD 520). I have an InsydeH20 Rev 5.0 Unlocked BIOS, it is not modded though, it's the original Acer one. Version 1.27;
Most Acer laptops, from my own experience and digging have the Advanced/Power tabs hidden and can easily be unlocked by learning what's the specific lock used by the manufacturer. That will involve a little digging and testing. Mine revolves around powering off the laptop, holding Fn + Tab, then powering it on, and entering the BIOS by spamming F2 before the Acer logo appears(Yeah, requires good reaction timing). My digging shows that these advanced menus being hidden rather than non-existant is much more common than many believe.

Before considering if it's doable(heat and power brick), I considered if it's possible. At first, two things came to mind: the multiplier, and the BCLK.
Since in Skylake PCI became independent from the BCLK(sorta?) and I was running early DDR4 RAM(2133mhz) I could try my luck and increase the BCLK. Except I found no way to do this, as even my unlocked BIOS can't mess with the Intel ICC profiles. Software such as SetFSB didn't work either, changes didn't get applied. Which lead me to discard the possibility of even being able to mess with the BCLK without doing BIOS modding. As I have no programmer or SOCLI8 to mess with the BIOS(nor an spare device to actually fix the BIOS, lol) I gave up. Even if I could mess with it, I'd probably get caught up by the Intel ME(Management Engine). This little thingy doesn't tolerate even a few mhz and I'd probably get 50mhz at best, while being lucky if my BIOS didn't get messed up.

So, my only option was the multiplier. And you probably know how this went. OEM BIOS'es don't have multiplier settin-... oh. almost not.
I have access to the Flex Ratio Override and Turbo Override settings, that would allow me to mess with Base/Turbo speeds(Base 2.5, Turbo 3.1), but setting any illegal value registered by the CPU will either not allow me to type the value or the BIOS will just reset the value itself. Welp. Was an good attempt. My last clutch is the Overclocking Performance Menu.

Insyde "Power > Power & Performance > CPU - Power Management Control > CFG Lock" I could disable the Overclocking Lock and the CFG Lock, which hopefully exposed some memory addresses I'm not aware of(yeah, I'm not good with low level coding stuff, much less so with Firmware memory addressing). In the Advanced tab, I had an Overclocking Performance Menu which you can see in this same shot I've sent before.
For all except Uncore I can set Voltages, either Override or Adaptive mode, with either + or - offsets, and obviously, the offset/override values. For the CPU Cores, I can set Max OC Ratios, but can't mess with the multiplier. For the Ring, I can set a Min and Max OC Ratio. For the memories, I can mess with the frequency multiplier and all timings just fine, as well as voltages. For the iGPU, I can set Overclocking frequencies to both the Slice and Unslice, but those don't take effect. I can also give an "Extra Turbo Voltage" to them when they're running at higher frequencies(which is obviously the Turbo Mode they have).
I also have the IMON Scaling Support feature enabled and RSR disabled, as you may see on the shots.

One thing to point out is that, in the System Agent configuration menu inside the Advanced Tab, I could mess with a few settings for the iGPU, like "Gfx low power mode" which I set to disabled and "Graphics IMON Turbo Current" which I set to the max, 31(legal values were only 14 to 31, seemingly).

As a last thing I found out, doing some digging I found manuals that included info about the GT - Power Management Control menu which I can't access. The menu is there, along CPU - Power Management Control, but if I try entering it, the BIOS becomes unresponsive. My external keyboard dies although the internal one seems to work just fine as I press Numlock/Caps lock/Scroll lock and my LED's in the external keyboard light up. The BIOS won't come back, I need to forcefully shut down and re-boot. I point this out as many manuals I found actually had an "GT Overclocking Support" setting inside it which is by default set as disabled, which may be the reason applying any value to the "GT Overclocking Frequency" on both the Slice and Unslice doesn't change anything. And even then, I'm not sure whether the Intel ME would tolerate it.

Hope this helps somebody. If anybody knows anything that could help me or if they need to ask anything, feel free to.
L