Intel last week debuted the 11th Gen Core "Rocket Lake" desktop processor family, and we had launch-day reviews of the Core i9-11900K flagship and the mid-range Core i5-11600K. Today, we bring you the Core i5-11400F, probably the most interesting model in the whole stack. The often-ignored SKU among Intel desktop processors for many past generations, the Core i5-xx400 is also its most popular among gamers. Popular chips of this kind included the i5-8400, i5-9400F, and i5-10400F.

These chips feature the entire Core i5 feature set at prices below $200, albeit lower clock speeds and locked overclocking. Even within these, Intel introduced a sub-segment of chips that lack integrated graphics, denoted by the "F" in the model number, which shaves a further $15–$20 off the price. The Core i5-11400F starts at just $160, which is an impressive value proposition for gamers who use graphics cards and don't need the iGPU anyway.

The new "Rocket Lake" microarchitecture brings four key changes that make it the company's first major innovation for the client desktop in several years. First, Intel is introducing the new "Cypress Cove" CPU core that promises an IPC gain of up to 19% over the previous generation. Next up is the new UHD 750 integrated graphics powered by the Intel Xe LP graphics architecture, promising up to a 50% performance uplift over the UHD 650 Gen9.5 iGPU of the previous generation. Thirdly, the much needed update to the processor's I/O, including PCI-Express 4.0 for graphics and a CPU-attached NVMe slot, and lastly, an updated memory controller that allows much higher memory overclocking potential because of the introduction of Gear 2 mode.

The Core i5-11400F comes with a permanently disabled iGPU and a locked multiplier. Intel has still enabled support for memory frequencies of up to DDR4-3200, which is now possible on even the mid-tier H570 and B560 motherboard chipsets. The i5-11400F is a 6-core/12-thread processor clocked at 2.60 GHz, with up to 4.40 GHz Turbo Boost. Each of the processor's six Cypress Cove CPU cores include 512 KB dedicated L2 cache, and the cores share 12 MB of L3 cache. Intel is rating the processor's TDP at 65 W, just like the other non-K SKUs, although it is possible to tweak these power limits—adjusting PL1 and PL2 is not considered "overclocking" by Intel, so it is not locked.

We present several data sets in our Core i5-11400F review: "Gear 1" and "Gear 2" show performance results for the processor operating at stock, with the default power limit setting active and respecting a 65 W TDP. Next up, we have two runs with the power limit setting raised to the maximum: "Max Power Limit / Gear 1" and "Max Power Limit / Gear 2." Last but not least, signifying the maximum performance you can possible achieve on this CPU, we have a "Max Power + Max BCLK" run, which operates at 102.9 MHz BCLK—the maximum allowed by the processor, at Gear 1 DDR4-3733 since the memory controller won't run higher. 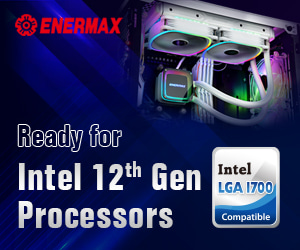