by
btarunr
May 2nd, 2016 10:11 Discuss (39 Comments)
That's right, the launch (or at least unveiling) of NVIDIA's next-generation "Pascal" architecture based GeForce GTX 1080 and GTX 1070 could be a lot sooner than the "early-June" date making rounds. According to sources with an invite to an event in Austin, Texas; NVIDIA could talk the money-making end of the "Pascal" architecture (GeForce products), on May 6th.

This is when NVIDIA will give the GTX 1080 and GTX 1070 at least a paper-launch. Availability of add-in card (AIC) partner branded cards, as well as reviews of the two cards, could still be slated for early-June. What's more, EA-DICE' "Battlefield 5" (working title) unveiling is scheduled around the same time. Could it be that NVIDIA could pull off something big? Think Battlefield 5 at 4K, with a single card?

btarunrThink Battlefield 5 at 4K, with a single card?

This is quite relative to what you find acceptable compared to others that don't find your performance acceptable.

Even at 144fps constant, gaming on all LCD's looks hazy simply due to Sample and Hold effect, not even Gsync can do anything to help it. You need to have an LCD with backlight strobbing capability and 144fps constant to have natural smooth motion.
#7

1080, for all news thats been revealed. They always wait and release the Ti version months after launching the initial product offering. Q2 release of initial cards and Q4 or Q1 the following year for the Ti is what I've been reading everywhere else.
#11
Don't expect too much from these otherwise you guys will be sorely disappointed.

The big change will be perf/watt and tdp. I'm thinking ~10% perf increase on both models. Nvidia doesn't want to cannibalize their 980ti since they're still selling well. Also because the 1080ti probably won't be released until next year not too far off from the next Titan as well.
#12

Hit4I cant wait to see this card, i think this card will be great.

Met too! I hope they price it nicely so that people like me in Canada can afford a GTX1070. I'm counting more on AMD to offer a competitive price/performance card priced at around 400 CAD.
#13
you guys are expecting way too much from this, its just a rehash from maxwell, there are no architectural changes. performance gains will be marginal in most cases. and in case of improvement in performance it will most likely be related to ram/bus saturation of the previous gen (inb4 3.5).
#14
did you say BattleField4 at 5K 120hz? (jut trollin :D)
#15 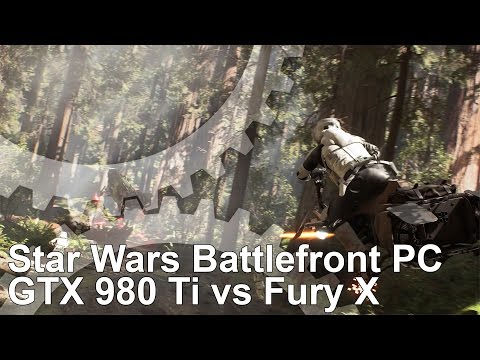 If Battlefront is anything to go by, then the GTX1080 is probably faster than the 980TI.
#16
a brand new card better be able to do 4k at 60fps, otherwise whats the point? might as well wait another generation
#17

If Battlefront is anything to go by, then the GTX1080 is probably faster than the 980TI.

It all depends on the game. Battlefield has some huge areas to render out. If the developers code is crap, even a future card would have trouble. Also Battlefield is one of the few games that is optimized for multiple cores. The more cores you have the smoother the game runs. They built the game on AMD test platform for BF4 from what I've seen / heard.
#19

Runs at 60htz, all AA turned off, it does sometimes dip below 60 but not by much and the game play all ways feels smooth, and my last monitor was a 144htz (1080p), GPU runs at 1404mhz (not great for a EVGA Classified), 4k it seems to me, is much easier to run than it was said to be. Dying Light and Fallout 4 are harder to run at 4k for me. I have to run them at 2k to have all settings at ultra. They will run at 4k with some settings turned down. BF4 though, easy to run. And I only play 64 player servers. (6 core 5930k).
#20
Well, personally I hope for major performance gains, it will definitely persuade me to move from 1080p to 1440p and 4k UHD. Just so one can finally have some good FPS while using those.
#21
So much misinformation, it is perfectly acceptable for GTX 1070 to be around the same performance or slightly below a reference GTX 980 Ti based on previous generations, just take a look at 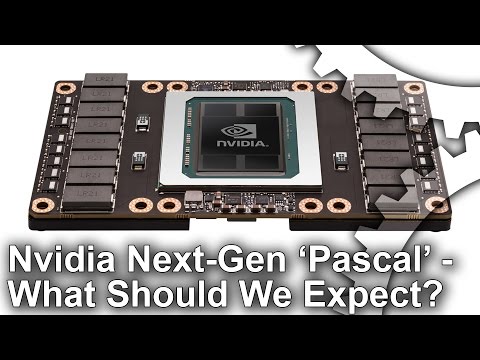 Sure nothing new for people already with super expensive cards, but the important thing is they will be at a much better price/performance ratio, those waiting for the fastest card possible will still need to wait for the 1080 Ti, or new Titan
#22

1080. It's the GP104.chip getting released, which is upper mid-range chip. Think of the same release schedule as Maxwell.
#23
To all the naysayers, I think it's ENTIRELY possible the 1080 will blow the 980Ti out the water. Nvidia can afford to do this, Ti sales will tail off soon enough anyway, and we all know they have something EPIC under their sleeves with HBM2 next year anyway, so I think it's entirely possible they will push the boat out with the 1070/1080 and give us something very special. I may be wrong, but I am quietly confident. We shall see soon enough anyway... :)
#24

pedromvuSo much misinformation, it is perfectly acceptable for GTX 1070 to be around the same performance or slightly below a reference GTX 980 Ti based on previous generations, just take a look at

Sure nothing new for people already with super expensive cards, but the important thing is they will be at a much better price/performance ratio, those waiting for the fastest card possible will still need to wait for the 1080 Ti, or new Titan

Throw in HTC Vive and Oculus Rift support for the GTX 1060 which the current GTX 960 doesn't have and you have added even more value.
#25
Just realised I have texture quality on high not ultra
Add your own comment
Jun 6th, 2020 13:44 EDT change timezone
Sign in / Register