Utilizing a Marvell controller, the Premier SP580 offers high read/write speeds up to 560 MB/s 410 MB/s per second. It also features SLC caching for on-demand performance boosts, allowing the Premier SP580 to operate in a simulated SLC mode during intense data loads. The drive supports DEVSLP low power mode to reduce electricity costs and provide longer battery life when installed in portable. The Premier SP580 is available in 120 GB and 240 GB capacities and arrives bundled with a 2.5 mm spacer, making it suitable for diverse installs - from desktop PCs to notebooks and ultrabooks.

Reliability with Easy Backup and Management
Thanks to comprehensive data protection and error correcting technologies, the Premier SP580 attains a higher TBW rating than comparable models on the market, which translates into more successful write operations during its lifespan. It also incorporates LDPC ECC technology to reduce data errors, increase data integrity, and improve transfer quality. As with all ADATA SSDs, every Premier SP580 purchase qualifies for free downloads of the ADATA SSD Toolbox software suite as well as data and operating system migration utilities.

This range of value-added software makes drive backup and management effortless. SSD Toolbox allows users to monitor and manage the Premier SP580, with drive status, wear level, and lifespan information. Data migration utilities are especially helpful for users making the move from HDD to SSD, as they are designed for simple and quick backup and migration of the contents of entire drive! s, including the operating system.

I think the inference is there, if you read it correctly.
It only says it CAN use simulated SLC mode.
As it's aimed at the low end of the market we can't really expect much from this.
Sep 26th, 2021 10:20 EDT change timezone
Sign in / Register 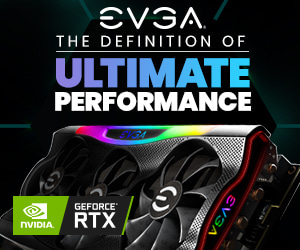