Press Release by
btarunr
Oct 7th, 2019 01:04 Discuss (17 Comments)
To commemorate its 20th Anniversary, iBUYPOWER has announced the availability of two of its signature cases, the Snowblind Element and Snowblind S. After years of inquiries from the DIY PC community, iBUYPOWER will offer its iconic cases featuring the world's first mass-produced transparent LCD side panel as a standalone product.

"Offering our Snowblind series to the DIY PC enthusiast community is the next step of accessibility for iBUYPOWER," said Darren Su, Executive Vice President of iBUYPOWER. "By offering one of the most iconic cases in the market as a standalone product when the Snowblind has traditionally only been available as a pre-built system, we are broadening our horizons within the PC and gaming industry while we celebrate 20 years of successful business."

The Snowblind S and Element feature a 19" transparent TN LCD side panel display with 1280 x 1024 or 1024 x 1280 resolution, respectively, enabling the complete customization of the side panel. Users can configure the digital display to feature video wallpaper, images or system temperatures in real time, enabling a level of personalization only iBUYPOWER has been able to achieve since the Snowblind's initial unveiling at Computex 2016.

Designed with a crisp, white finish and white LED illumination on the interior, both cases in the Snowblind series come equipped with three 120 mm fans for intake and exhaust. On the top of the cases users will experience no shortage of connectivity. The I/O panel of the Snowblind series is outfitted with two USB 3.0 Type-A ports and two 3.5 mm jacks for headset and microphone compatibility.

Pricing and Availability
The Snowblind S and Element will be available for a starting MSRP of $249 and $299, respectively, at online retailers such as Amazon, Newegg and the iBUYPOWER website.

#1
NZXT Collaboration?
#2
OMG, if the front totally blocked off ?, even it's not it's the same ol stuff pretty much everyone is spawning YARN.
#3
Looks like a choking hazard for PC.
#4
Such name reminds me only of Black Sabbath Snowblind song and Ozzy shouting cocaine on the stage...
#5
Another one for the return of "Beige".
And it has the BitFenix Enso vibe of "What is ventilation?"
#6

MazeFrameAnother one for the return of "Beige".
And it has the BitFenix Enso vibe of "What is ventilation?"

This is the NZXT S340 LCD edition...
#7
god almighty ! that price is like evil, who in the right mind is going to pay that when you can get so much more for ya money.
#8

Definitely looks that way
it's not necessarily a bad thing
#9
Looks very familiar. Can't wait to hear Steve @ GN got ballistic on this one:roll:
#10
1. Snowblind....All I see is a blackish case with some white accents...... f.A.i.L..

Definitely not worth the price though. It's an s340 with 2 custom panels.
#13
and a nice panel in front to make sure the fans can get no air whatsoever
#14

You know this case has a see through LCD screen on the left side panel? While it may be pointless to most people and not particularly well executed I do think it definitely qualifies as Innovation. 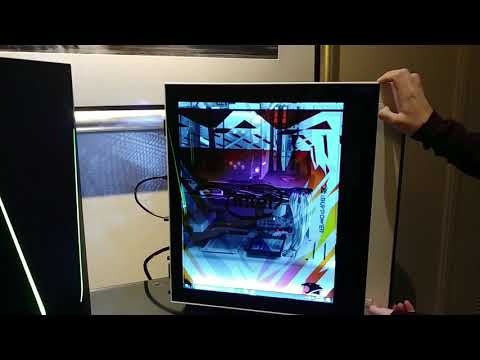 #15
Yes we all know about the lcd panel, its nothing new, it was done by modders a long time ago, I did one out of a lappy screen many moons ago.
#16
A case with a 19" tablet would cost about this. This case will easily be north of $300 Canadian and it does not make toast. It also looks like there is no support for anything larger than a 280MM rad (that will get direct airflow). This thing is priced to compete with the Asus AIO that has the same tech but I don't think any savvy enthusiast would want to spend this much money on a $60 case with a $90 tablet attached to it.
#17

The front isn't blocked. Its the S340 - there are sizable openings at the top and bottom of the front panel.
Add your own comment
Jun 5th, 2020 09:11 EDT change timezone
Sign in / Register