Press Release by
btarunr
Sep 7th, 2020 00:28 Discuss (7 Comments)
Activision today announced the worldwide launch of its much-anticipated Tony Hawk's Pro Skater 1 and 2, a remaster of the first two successful titles in the iconic, billion-dollar Tony Hawk video game franchise. In one game package, players will experience all the levels, tricks, and pro-skater characters from the original blockbuster hits from 1999 and 2000, Tony Hawk's Pro Skater and Tony Hawk's Pro Skater 2, fully remastered in 4K resolution and bolstered with new ways to play, new pro-skaters to choose from and new music. In addition, the game includes features that allow players to customize their own skate parks and outfits and share them with friends.

"I'm thankful for the quality and care that Activision and Vicarious Visions have put into the remaster to revive the Tony Hawk's Pro Skater series in the best way possible," said Tony Hawk. "For years, fans have asked me about bringing these games back, and I'm proud to say that we finally have a game that delivers on the expectations that nostalgic fans want, while inspiring a new generation to pick up a controller, and perhaps even a real skateboard."

"I met Tony Hawk in 1997 and we have collaborated on building skateparks, creating broad awareness for action sports and helping young people around the world find joy and purpose from skateboarding and skateboarding games," said Bobby Kotick, CEO of Activision Blizzard. "He is one of the most dedicated, hardworking, inspiring athletes I have ever known and I am proud that we have been able to work together for a quarter of a century."

The games include fan-favorite tricks from games across the original franchise, including revert, lip tricks, wall plant and original multiplayer game modes, both online and offline play. The classic Create-A-Park and Create-A-Skater modes are back, and include new features such as a new robust editor for improved customization.

Tony Hawk's Pro Skater 1 and 2 is available now worldwide on PlayStation 4, PlayStation 4 Pro, the family of Xbox One devices from Microsoft including the Xbox One X, and on PC through the Epic platform. Internet required for online multiplayer (gaming subscription service sold separately) and other features. In the U.S. the standard edition is available for the suggested retail price of $39.99. A digital deluxe version with unique content and in-game gear is available for $49.99, and for the ultimate fan, a collector's edition for $99.99 includes the digital deluxe content and a limited-run Birdhouse skateboard deck. More information for Tony Hawk's Pro Skater 1 and 2 can be found at www.tonyhawkthegame.com.

I'm aboard the hype train.
#2
And it's amazing. Between Diabotical release last week and this I feel like I'm back in 2003 playing arena shooters and Tony Hawk haha.
#3
It's on epic, right? I think my discount code is still valid so might end up buying it.
#4

Yes. Last paragraph: “...and on PC through the Epic platform.” My question is whether it’s a timed or permanent exclusive.
#5
I so want this game... I got the first 3 older ones installed at the minute to guage the difference in "feel" when I finally get around to buying this new remaster. Pity it's on the Epic store as I only use that to get their free games, but if I cave after a couple weeks then I may just pay for that one game from Epics store. :oops:
#6

JawzYes. Last paragraph: “...and on PC through the Epic platform.” My question is whether it’s a timed or permanent exclusive.

My bet is on timed exclusive. But hey, $10 off is better than waiting for it to drop in a year or so.
#7

DristunAnd it's amazing. Between Diabotical release last week and this I feel like I'm back in 2003 playing arena shooters and Tony Hawk haha. 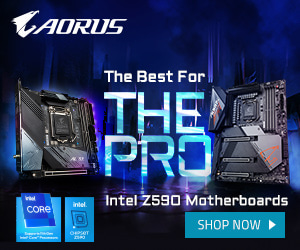