by
Raevenlord
Feb 22nd, 2021 14:17 Discuss (38 Comments)
The NVIDIA RTX 3060 isn't even released yet, but as you might've heard, cards are already doing the rounds throughout the secondhand market at ridiculous prices. And now, to sour the pot even more, one crypto enthusiast going by the name of CryptoLeo on YouTube has shown that he already has his hands on the card - and performed a quick mining test on it. The user showcases the cards' serial number, so I hope NVIDIA is reading this post so as to know exactly which distributor this graphics card came from; breaking time-to-market likely isn't to be taken lightly by the company.

The test, done without the RTX 3060's release drivers (which are still a week away), showcases the graphics card capping its own mining performance a little after the mining algorithms begin to be processed. The card, identified in the below screenshots as tagged "1", shows a decline in performance from the initial 41.5 MH/s down to 24-24 MH/s. The card tagged as "2" is a GeForce GTX 1080 Ti, which doesn't show the same performance decline (naturally). That the card exhibited this behavior sans release drivers goes to show that NVIDIA's solution is, at the very, very least, BIOS-based, and isn't a shoestring-budget driver-based solution that was haphazardly thrown in for good measure. And once again, it's a ZOTAC card in the mining spotlight. Is this a pattern?

It's not that those are wrong, it's just that we all know by now.
#2
a gimped 3060 seems to have about the same mining performance as a 1070.. if they are cheap enough they could still be used for mining..

trog
#3
Oh cool! A piece of equipment that decides what type of work you can do with it. Sign me up! -- Not.
#4
So would this then drive miners to go for the 3060Ti and higher? And what is the legality of Nvidia rolling this out to the other ampere cards? From one side it might increase the availability for gamers from other it would make lot of people angry because this was not advertised when they bought the product.
#5
Hi,
And the lawyers soon rejoice
#6
This limitation was already unblocked. Good try tho.
#7
CryptoCrippled 3060
Availability from February 25th onward: 0
I wonder whom at gonna CASUALS bitch at now

OMEGALUL
#8
What's hilarious is that these are actually pretty good even with the cap. This has to be by far one of the most pathetic things Nvidia has ever done to consumers.
#9

Have a link to that?
#10
You couldn't write a comedy script better than the entire 3060 release, seriously, unreleased GPU to save gamer's in miner's and scalpers hand's pre release, gold.
#11

You know, source indeed would be nice for it.
#12
What happens if you run 2 miner windows with it?
#13
good question RADFX!
#14

windwhirlHave a link to that?

Not gonna happen mate
#15
So what is the deal with AMD? Are their current cards shit for mining now? And if not, what are they doing to get them into the hands of gamers?
#16

FluffmeisterSo what is the deal with AMD? Are their current cards shit for mining now? And if not, what are they doing to get them into the hands of gamers?

All those comparisons, now that I'm looking into it, take into consideration a 0.10 USD/kWh energy cost but you can use a different value. And I'm not sure if they're just considering the card energy cost alone or a full system (I think it's just the card alone, though)

I imagine the performance boost from one gen to another for mining operations isn't as high as it would have been otherwise, due to AMD separating compute and graphics in different lines (CDNA and RDNA).
#17
First of all, a thank you to our corporate overlords for deciding for us how are we allowed to use devices we paid for. Next: a shovel can only be used to dig in sand. For soil digging you need the "SoilShovel" with "Soil+" package, for only 200% more money!
Also, there is talk about this wonderful lock being already defeated, from reasonably trustworthy sources and with reasonable proof. For the sources you need to dig yourself in the darker corners of the Internet, but I guess this will be public knowledge soon enough.
#18

FluffmeisterAnd if not, what are they doing to get them into the hands of gamers?

They already sold 7+ million of RDNA 2 GPUs to gamers. So, how many millions game on nVidia Ampere GPUs?
#19

Is this including consoles? Cause I have never seen one of these GPU's at my local store and its a rather large chain in Canada.
#20

You link an article about console sales. Not exactly a way to make your point.
#21
Still way too good even when capped. Bitcoin & Ethereum are falling hard so I wouldn't imagine anyone mining anymore in the coming months.
#22

Mate, that article specifically mentions PS5 and Xbox Series S/X. There's no comparison to Ampere because they don't mention sales of RDNA2 based desktop GPU's.

1:1 there are 25 SKU's of 3080 listed in one store with 4 SKU's of 6800 XT. There's an obvious issue of availability when it comes to RDNA2 desktop GPU's. People were at least able to place a preorder for 3080 and wait in queue. With 6800 XT's they were either not listed at all or listed as unavailable.

thegnomeStill way too good even when capped. Bitcoin & Ethereum are falling hard so I wouldn't imagine anyone mining anymore in the coming months.

the price fall is market manipulation.. f2pool and a bunch of whales organizing a large sell off all at once to drive the price down.. when it bottoms they will all rush back in and scoop up the huge profits..

Thanks for your insight, stranger.
Those mere 24MH/s are soo bad no miner would ever think about buying this ever. 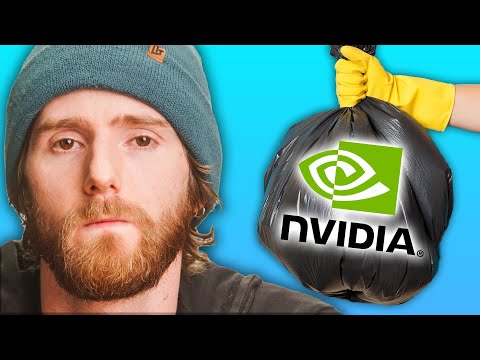 medi01Thanks for your insight, stranger.
Those mere 24MH/s are soo bad no miner would ever think about buying this ever.

at the right price they will..