by
Raevenlord
Mar 16th, 2021 04:09 Discuss (11 Comments)
"Hellhound is born, sharp of fang and razor-like claws, covered with fur that is tough like armour", was the start of PowerColor's last press release for the Hellhound video card series, a new entry into their lineup sitting alongside the Red Dragon and Red Devil graphics cards. The teaser image for the Hellhound aesthetics promised a black, silver and teal design language - and that's exactly what we got, strange PR texts aside.

The PowerColor RX 6700 XT Hellhound features a triple-fan cooler with translucent, blue-LED-illuminated fans (and with the middle fan being slightly smaller than the others, so as to generate some turbulence). The card features a dual 8-pin power delivery subsystem, a backplate with a small cutout featuring the Hellhound logo (absent of any RGB lighting, it seems), and an I/O set at 3x DisplayPort and 1x HDMI 2.1. The card is definitely a looker.

Raevenlord"Hellhound is born, sharp of fang and razor-like claws, covered with fur that is tough like armour"

Never ceases to make me laugh
#2
WTH, they put a LED switch, but no Bios switch.
Oh and it looks more like a rabid rat than a Hellhound.
#3
They give "Hellhound" graphics card Black/ Cyan color scheme. WHY?
#4
Have to say I kind of like the throwback design aesthetics of this. Simple, yet kind of fun with the cyan lighting. Still, I do wish more GPU manufacturers would dare to break the mold a bit more in terms of aesthetics, and not just Yeston.
#5
Saw the Gigabyte Aorus Elite RX 6700 XT and it looks pretty good, but given my track record with Gigabyte, I'd give GB GPU's a pass. I'd still take this Hellhound over it, or better yet, a Red Devil RX 6700 XT.....though my interest is purely academic for now as I I don't need another GPU for now.
#6
Looks so slick! I just wish it had just grey or white fan instead of LED.

Why manufacturers rarely showcase their GPUs from side which will likely be seen most of the time.
#7
Look hard, because this is the last time you'll see it.
#8

why not? hell is often depicted as a frozen over cold af wasteland, those colours match that look decently
#10
thats all folks....it doesn't matter that card is amd or nvidia 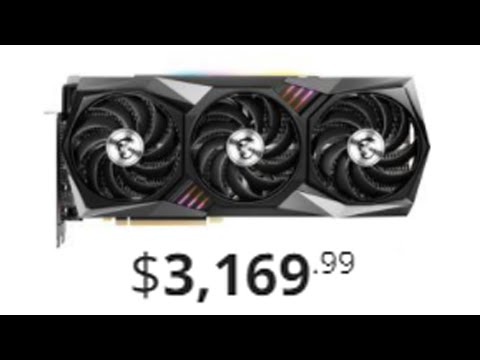 Still related to hell, but cool color, as red is associated with hot, which is not good with pc parts.
Add your own comment
May 8th, 2021 06:51 EDT change timezone
Sign in / Register