For many users video card fan noise has been a necessary evil when using high-end video cards. On ATI's X800 and 9800XT the fan's speed is decreased when the temperature is low, to keep noise at a minimum. This is done by using an additional hardware monitoring chip on the board (LM63 page at National Semiconductor).

With ATITool it is even possible to set your own values for temperature and speed.

For an unknown reason this much wanted feature is not enabled on the 9800 Pro with XT PCB. In this guide we will show you how to enable it with a little bit of soldering and one part which is less than $1.

First of all, your card MUST have the 9800 XT PCB with an LM63 monitoring chip - see this article: Does my ATI card support temperature monitoring? (picture 3).

Another prerequisite is that your card is flashed with a real XT bios (Bios Collection here). This is because only the XT bios has support for controlling the fan output of the LM63.

Make sure you flash to an XT and verify that it is working at this point - BEFORE soldering. As soon as the resistor is removed, the fan will not spin if the bios does not support fan control. If that happens to you, read "Problems?" further down. 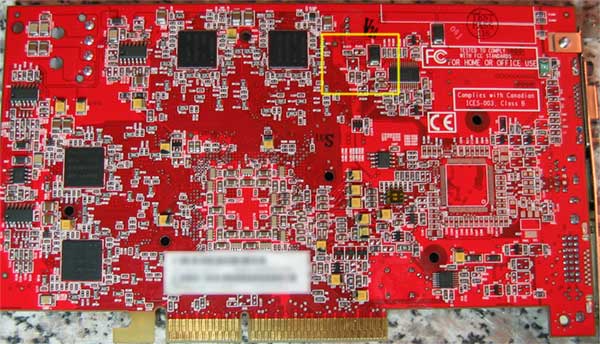 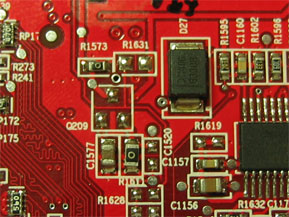 This is the area we will be working in. Of particular interest are R1573 and Q209. 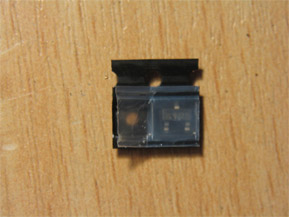 The needed transistor is a MMBT2222A in SOT-23 packaging which is one of the most common transistors and should be fairly easy to get. You can also use the 2N2222A in TO-18 metal package if you have problems finding the MMBT2222A, it'll work fine but won't be as convenient to solder in. 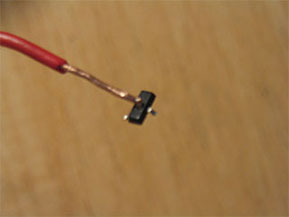 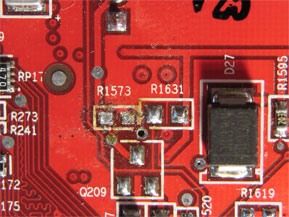 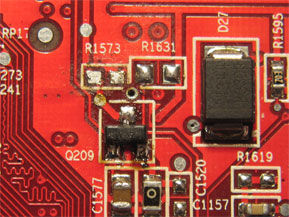 The following pictures from nanobug show that his card has both R1573 and Q209 in place, after removing R1573 fan control worked. 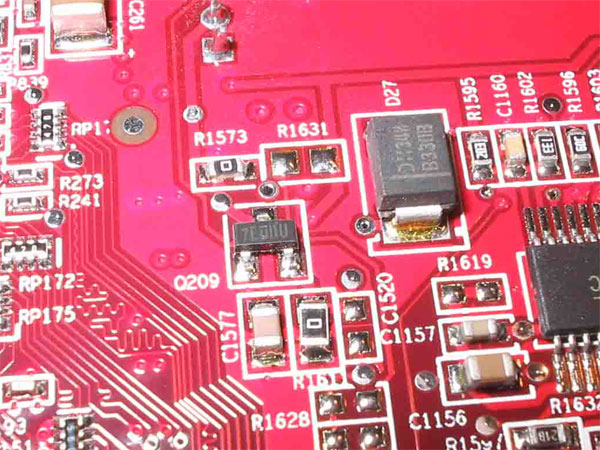 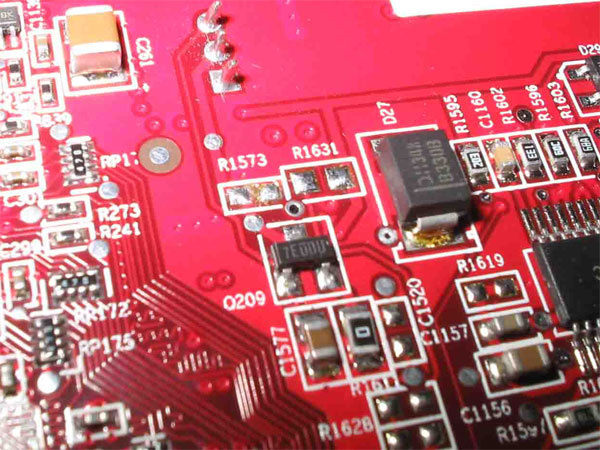 First of all don't panic if the fan is not moving. As long as you stay away from 3D applications, you have at least several minutes (if not more) before the card overheats. I tried about five minutes and the card was really really hot but still works fine.

If you want the "old" always-100% fan back, just connect the two solder points of R1573, Q209 can stay in place. It is not needed to solder a 0 Ohm resistor into R1573, just a wire or solder blob will do, both has 0 Ohms resistance and is completely equal to the resistor.

Disclaimer: All modifications are done at your own risk. Soldering on your video card will void your warranty.
Discuss this article in our forums
May 15th, 2021 15:05 CDT change timezone
Sign in / Register