by
btarunr
Apr 1st, 2014 06:15 Discuss (72 Comments)
Here it is, folks! The first pictures of what you get inside the steel briefcase AMD ships the Radeon R9 295X2 in. AMD got over the stonewall of having to cool two 250W GPUs with a single two-slot cooling solution, by making it an air+liquid hybrid. The cooler appears to have been designed by any of the major water-cooling OEMs (such as Asetek, Akasa, etc.), and most likely consists of a pair of pump-blocks plumbed to a single 120 x 120 mm radiator, over a single coolant loop. The coolant channel, we imagine, could be identical to that of the ROG ARES 2 by ASUS. There's also a 90 mm fan, but that probably cools heatsinks covering the memory, VRM, and PCIe bridge. The card draws power from two 8-pin PCIe power connectors, which as you'll soon find out, are running at off-specs.

The Radeon R9 295X2, codenamed "Vesuvius," runs a pair of 28 nm "Hawaii" chips, routed to a PLX PEX8747 PCIe bridge. Each of the two have all 2,816 stream processors enabled, totaling the count to 5,632. The two also have 352 TMUs, and 128 ROPs between them. The entire 512-bit memory bus width is enabled, and each GPU is wired to 4 GB of memory totaling 8 GB on the card. Clock speeds remain a mystery, and probably hold the key to a lot of things, such as power draw and cooling. Lastly, there's the price. AMD could price the R9 295X2 at US $1,499, half that of NVIDIA's GeForce GTX TITAN-Z. In that price difference, heck, even for $500, you could probably buy yourself a full-coverage water block, and a full-fledged loop, complete with a meaty 3 x 120 mm radiator.

#1
The price is so high if I got the PCB without any cooler on it I could get it AIO WCed for about 120$(managed to do that on a GTX 590).
#2
come on AMD this is almost beautiful! The price is better than the gtx titanz. Its most likely close in performance! But you had to go a head and add that stupid Heatsink/Hybrid water cooling setup. Just make a 3 slot cooler or full water block. None of this hybrid crap.

Sempron Guythis being posted on April Fools, I dunno :D. But I do have to say, if this is real, the cooler looks unappealing.

Ahh it is Apirl 1st I forgot about that.... Speaking of that.... the specs sheet that is attached to this article claiming that it gives the real specs looks like a Copy and paste/Photo shop job. The Specs sheet Looks a lot like one that was posted here a few hours ago. WCCF Tech.

You could be right.... maybe a April Fools day joke!

RCoonJoke is on all of you. It's actually called the AMD R10 Zeus.

you start again? :D
#13
Is it just me, or is bta more folksy now than before?

Anyway why not. Beastly, but also pretty uninteresting to me.
#14

RCoonJoke is on all of you. It's actually called the AMD R10 Zeus.

performance had better be: 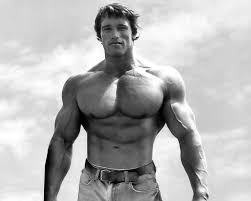 #19
As I predicted ! the same price with the same cooling as her predecessor 1000 pieces
for collectors.
Concerns that could have a copper block and would only 1 slot thick if I see correctly!
I m missing operating frequency and what is written already know. I see no reason for a table on which there are data that everyone knows and nothing you do not know.
#20
...
The zip ties make this thing look like $1500.
...
The hoses look a bit too short.
...
There's another fan on the card? Under a fan grill?
...
Eww.
...
April 1st? Trolololol.
...
#21
The pics are legit. AMD uses cheapo looking red fan blades.
#22
Total fakes. Just look at the fan dimensions compared to the card dimensions on the first picture. Then the 2nd picture the dimensions are more in line. Happy April Fool's......
#23

JBVertexxTotal fakes. Just look at the fan dimensions compared to the card dimensions on the first picture. Then the 2nd picture the dimensions are more in line. Happy April Fool's......

TPU tend not to post baseless conjecture on the news wall. Maybe this is one that W1zzard has been sent. Maybe W1zzard made this card himself (it probably doesn't even work) and is fooling us all.
#24
first i think its KFA card, with custom layout
#25
Tbh I don't mind the hybrid design, as long as the vram, vrms and other bits stay cool with air-flow from the integrated fan.
Add your own comment
Apr 2nd, 2020 00:26 EDT change timezone
Sign in / Register