Interestingly, the MSI GTX 1080 Ti SeaHawk EK X comes with the same factory-overclocked speeds out of the box, as the SeaHawk series - 1544 MHz core, 1657 MHz GPU Boost, and an untouched 11 GHz (GDDR5X-effective). The "OC Mode," enabled using the included MSI Gaming app, runs the card at 1569/1683 MHz core/boost, with 11.12 GHz memory. The company didn't reveal pricing, although we expect this card to be priced around $850. 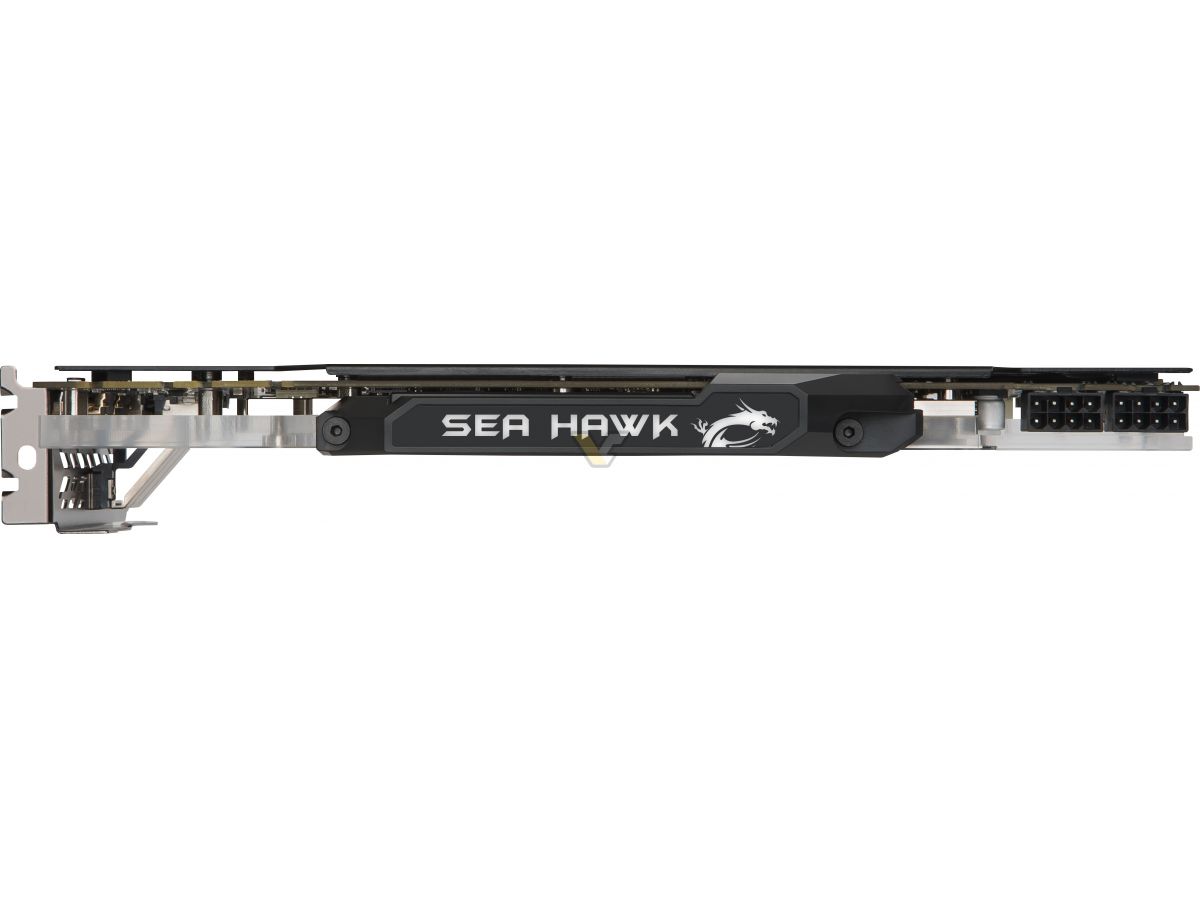 #2
That's one tall video card...
#3
That very similar to what it would cost to buy a 1080ti and put a EK waterblock and backplate on it. ONly this way you don't have to dissemble your factory cooling which is a nice time-saver. Also, the added badging on the block along with the solid right aluminum shroud and dragon look pretty cool.
#4

The Terrible PuddleImage from top

Just shows what a waste of space the DVI port is.
#5
Gosh are they stupid or what ? REMOVE THAT F*CKING DVI PORT AND MAKE IT 1SLOTED DAMMIT
Jan 16th, 2021 04:05 EST change timezone
Sign in / Register