NVIDIA CEO Jensen Huang has been Cooking the World's Largest GPU - Is this Ampere?

Updated by
AleksandarK
May 12th, 2020 11:24 Updated: May 12th, 2020 13:20 Discuss (55 Comments)
NVIDIA is rumored to introduce their next-generation Ampere architecture very soon, at its GTC event happening on May 14th. We're expecting to see an announcement for the successor to the company's DGX lineup of pre-built compute systems—using the upcoming Ampere architecture of course. At the heart of these machines, will be a new GA100 GPU, that's rumored to be very fast. A while ago, we've seen NVIDIA register a trademark for "DGX A100", which seems to be a credible name for these systems featuring the new Tesla A100 graphics cards.

Today, NVIDIA's CEO was spotted in an unlisted video that's published on the official NVIDIA YouTube channel. It shows him pulling out of the oven what he calls "world's largest GPU", that he has been cooking all the time. Featuring eight Tesla A100 GPUs, this DGX A100 system appears to be based on a similar platform design as previous DGX systems, where the GPU is a socketed SXM2 design. This looks like a viable upgrade path for owners of previous DGX systems—just swap out the GPUs and enjoy higher performance. It's been a while since we have seen Mr. Huang appear with his leather jacket, and in the video, he isn't wearing one, is this the real Jensen? Jokes aside, you can check out the video below, if it is not taken down soon.

Update May 12th, 5 pm UTC: NVIDIA has listed the video and it is not unlisted anymore.

55 Comments on NVIDIA CEO Jensen Huang has been Cooking the World's Largest GPU - Is this Ampere?

#1
Says nothing about gaming GPUs. lol
#2
now we sprinkle it with some fresh jackets an voila, delicious
#3
I'm more interested in knowing the secret behind this:

maybe theres more being cooked up in this kitchen than GPU's...... 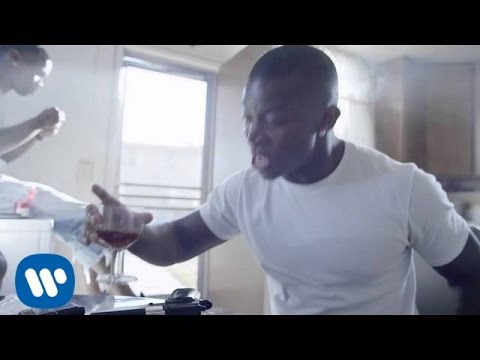 #4
Since when is he grey haired?
#5
Pretty much I have done it often with their G92 GPU's... Maybe Toothless does it still...

At least he could have called Aunt Lisa for some tea party too...
#6

Ferrum MasterPretty much I have done it often with their G92 GPU's... Maybe Toothless does it still...

At least he could have called Aunt Lisa for some tea party too...

Lisa Su is his niece~
#7
It's not unlisted anymore
#8
Grey hair happens when you have LSI.....or in layman’s terms : Leather Separation Illness :roll:
#9

XL-R8RI'm more interested in knowing the secret behind this:

Do you even bake ?
Those are just silicon spatulas. Useful for cake glazing and general cooking with non-stick hardware. I also have a bunch of those and there is nothing special about them.
#10

Actually none of it. There's no name for it, just a rather distant relative.

There's an Korean interview that kinda mentions it is even more complicated. But we can still make fun of it.

NVIDIA founder and CEO Jensen Hwang and Lisa Su. Taiwanese media reports that the two were distant relatives also reported, but she dismissed it as "not really."

AnymalSince when is he grey haired?

AnymalSince when is he grey haired?

Since rdna2 announcement.
#13
At least he didn't drop it a la Linus.
#14
Damn, he is one lucky guy, I am not gay but would marry him anyway.
#15
Hype machine in full effect... Nvidia pushing out press faster than Intel right now. And that's quite an achievement as of late.
#16
Nvidia, cooking, GPU ... not the best PR move if people's memory is as good as mine ...

#17
"Sources confirmed this to be the flagship gaming GPU of 2020. However, experts predict a shortage due to each card being hand baked in Huang's house."
#18
Too much Nvidia news/leaks! İs Rnda2 coming?
#19

Vayra86Hype machine in full effect... Nvidia pushing out press faster than Intel right now. And that's quite an achievement as of late.

At least we know now who is the real Big daddy of them all.
#21
Well, get "amped" for a new Tesla flagship I guess, bet that wasn't what most of you expected :). To be fair their HPC stuff has been more interesting than anything they've released in the consumer space for years.
#22
meanwhile on amd

Nothing lately has besides the rumour mill, everything pointing to Ampere is suggesting the data center card's are first out, gaming card's should follow but Nvidia themselves are tight lipped.
#24
that new video just release that has "confirmed" information about the 3080Ti.... also looking nothing like that thing on the counter.
#25

Someone at AMD's PR team few years ago "Hey, let's build an angry mob on reddit and use it against our competition", flash forward to May 2020 and that mob is now knocking on AMD's doors with pitchforks and torches in their hands.
Add your own comment
Jan 29th, 2022 00:05 EST change timezone
Sign in / Register