by
btarunr
Jun 10th, 2020 07:42 Discuss (60 Comments)
Although still a blurry-cam pic, this new picture of three GeForce RTX 3080 "Ampere" graphics card reference heatsinks on a factory-floor reveals exactly how the cooling solution works. The main heat-dissipation component appears to be a vapor chamber base, above which there are four flattened copper heat pipes, which hold the cooler's four aluminium fin arrays together. The first array is directly above the CPU/memory/VRM area, and consists of a dense stack of aluminium fins that make up a cavity for the fan on the obverse side of the graphics card. This fan vents air onto the first heatsink element, and some of its air is guided by the heatsink to two trapezium shaped aluminium fin-stacks that pull heat from the flattened heat pipes, and get airflow from the obverse fan.

The heat pipes make their way to the card's second dense aluminium fin-stack. This fin-stack is as thick as the card itself, as there's no PCB here. This fin-stack is ventilated by the card's second fan, located on the reverse side, which pulls air through this fin-stack and vents upward. We attempted to detail the cooling solution, the card, and other SKU details in an older article. We've also added a picture of a Sapphire Radeon RX Vega 56 Pulse graphics card. This NVIDIA heatsink is essentially like that, but with the second fan on the other side of the card to make it look more complicated than it actually is.

www.techpowerup.com/forums/posts/4286266
#2
I expect the same performance if not better than the Turing FE Cooler. But i still find it weird, that they put the fan on the other side. Not many cases have ventilation on the bottom for exhaust...

btarunrwhich pulls air through this fin-stack and vents upward. We attempted to detail the cooling solution, the card, and other SKU details in an older article.

Those fans look like they push air in opposite directions. I think pulling air "upwards" would be the more sensible option, but the pitch of the fan blades just don't look like they're optimised for pulling air...
#3
that's a long ass heatsink
#4
Well, it was fun analyzing that design, now I'm going to have fun waiting for AIBs.

maxitaxi96Those fans look like they push air in opposite directions. I think pulling air "upwards" would be the more sensible option, but the pitch of the fan blades just don't look like they're optimised for pulling air...

The end result is identical to any open air cooler; heat gets dumped in case, caught by case airflow and exhausted. It also gets dumped in a similar, random fashion, after all, for standard air coolers the exhaust is also by bouncing off the PCB / being 'pushed out' of the heatsink everywhere.
#5
That's pcb is too short to be a 3080. Probably a 3060.
#6
This also seems to mostly debunk the "power PCB" rumour, as it doesn't look like there's space for something like that there. I guess they'll use good old wires again then...

How so? Do you have any insight into the 3000-series card designs? Besides, the first pictures that leaked, already said RTX 3080 on them.
#7

#8
yeah,it was fun to analyze
but give me a big ass chunk of metal with thick heatpipes and three big slow spinning fans cause nothing is beating that mmm mm
#9
I still can't belive they are looking to have cards with over 300W tdp... and I was hopeing for a really quiet card running fans at 1000RPM with temps in the 65C. Don't think it's going to happen if they are pusing over 300W tdp
#10

that means that we could actually see ampere cards that require a lot of power,I just don't think that'll be geforce.if they did plan 750mm2 dies again then maybe.but are they ?
#11

Why would they design such a complicated heatsink then?
#12

Otonel88Why would they design such a complicated heatsink then?

Free press. This is now the second or third topic about it
#13

Otonel88Why would they design such a complicated heatsink then?

well I don't think it's really gonna blow other coolers with performance.
it's just fancy. 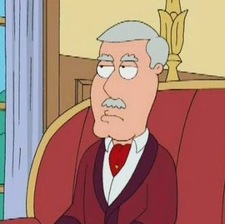 cucker tarlsonwell I don't think it's really gonna blow other coolers with performance.
it's just fancy.

Maybe it's just Nvidia beeing nvidia fancy design. I just wonder about the price reading trough the leaks of performance and price of the cooler solution....
#15

Otonel88Maybe it's just Nvidia beeing nvidia fancy design. I just wonder about the price reading trough the leaks of performance and price of the cooler solution....

I just think it makes no sense for gaming cards.

call me crazy but I'm not even sure that next gen ge force is ampere.
they released an evolution of volta,an architecture that never made it into geforce line.
there was a line about ampere replacing turing,but that doesn't actually tell you it's in new gf cards.
#16
They probably used evolutionary AI to explore and simulate millions of different cooling solutions to come up with a more efficient design.
#17

cucker tarlsonyeah,it was fun to analyze
but give me a big ass chunk of metal with thick heatpipes and three big slow spinning fans cause nothing is beating that mmm mm

Watercooling Solutions want to have a word in that assumption.
#18

koaschtenWatercooling Solutions want to have a word in that assumption.

water is water,air is air
water is less reliable and while it does tend to be quiet the aio pump noise isn't for everyone
#19
@btarunr There's an error in the article: the "top" (backplate side) fan does not pull air through the heatsink and vent upwards. The fan blade orientation in the previous leak is very clear on this; the fan blows air through the fin stack and downwards. If it was pulling air through the fan blades would be concave, not convex.


Other than that, this looks a lot more believable than some theories based on the previous images, though I doubt there's a vapor chamber there given the presence of four thick heat pipes clearly bent so that they pass over the die. There's likely a base plate covering the die, VRAM and VRM, but I would be surprised if there was a vapor chamber with heatpipes stacked on top - that's rather redundant, adds a lot of cost for little real-world benefit. The core is the main heat producer, after all, and it's fully covered by the heatpipes. A simple aluminium or copper base plate takes care of the rest.
#20
So heatsink is merely aesthetic then...
#21

1d10tSo heatsink is merely aesthetic then...

That's debatable - this design does maximize fin area for a two-slot card in terms of having fins "all the way out" rather than having a shroud around them. What is questionable about it on the other hand is (as @RH92's illustration above shows) the middle section of the fin stack having next to no airflow through it. There will be some, as the fins aren't nearly as dense as those directly surrounding the fans, but most of that air will take the quickest possible way out of the fin stack, leaving most of the middle/diagonal fin stacks with near zero flow. Nvm, didn't spot that the fins were entirely closed off. Passive VRM cooling fin stack?

Still, as an SFF enthusiast I have to applaud Nvidia for moving to smaller reference PCBs. Should allow for some pretty nice AIB partner ITX cards, even if this cooler design will be terrible for sandwich style cases.

CrackongAre those 8mm heatpipes?
Dang this thing must be HOT

Yeah, but if they will offer ITX cards ala Radeon R9 Nano with its 175-watt TDP, the heat might become less of an issue, of course with the cost of some performance.