Updated by
btarunr
May 2nd, 2021 23:40 Updated: May 3rd, 2021 11:16 Discuss (9 Comments)
Intel over the weekend announced that it will make new investments into its Rio Rancho manufacturing facility in the U.S. state of New Mexico. The company will hold a media event later today, describing the nature of the investment. Keyvan Esfarjani its VP and GM for manufacturing and operations will be joined by New Mexico Governor Michelle Lujan Grisham, along with a few Members of Congress from the state, in this event. Given the substantial participation of elected representatives, this is likely to be an expansion to the facility. Intel describes the Rio Rancho facility as focusing on mass production of the company's 3D XPoint memory, NAND flash, and silicon photonics products.

Update 16:13 UTC: Intel outlined its expansion plans with Rio Rancho, with a $3.5 billion investment, which could create at least 700 high-tech jobs and 1,000 construction jobs and support an additional 3,500 jobs in the state.

Intel Corporation will invest $3.5 billion to equip its New Mexico operations for the manufacturing of advanced semiconductor packaging technologies, including Foveros, Intel's breakthrough 3D packaging technology. The multiyear investment is expected to create at least 700 high-tech jobs and 1,000 construction jobs and support an additional 3,500 jobs in the state. Planning activities begin immediately, with construction expected to start in late 2021.

"A key differentiator for our IDM 2.0 strategy is our unquestioned leadership in advanced packaging, which allows us to mix and match compute tiles to deliver the best products. We're seeing tremendous interest in these capabilities from the industry, especially following the introduction of our new Intel Foundry Services. We're proud to have invested in New Mexico for more than 40 years and we see our Rio Rancho campus continuing to play a critical role in Intel's global manufacturing network in our new era of IDM 2.0," said Keyvan Esfarjani, Intel senior vice president and general manager of Manufacturing and Operations

Foveros advanced 3D packaging technology enables Intel to build processors with compute tiles stacked vertically, rather than side-by-side, providing greater performance in a smaller footprint. It also allows Intel to mix and match compute tiles to optimize for cost and power efficiency. The move from system-on-chip to "system on package" will enable Intel to meet increasing computing performance needs for artificial intelligence, 5G and the edge.

"Intel's $3.5 billion investment in New Mexico will create 700 new jobs in the next three years and establish the Rio Rancho campus as the company's domestic hub for advanced semiconductor manufacturing," said New Mexico Gov. Michelle Lujan Grisham. "With this exciting development, we are already seeing the benefits of this year's legislation expanding LEDA, generating high-quality and high-paying jobs for New Mexicans. The state and Intel have a 40-year partnership, and today, with innovative economic development tools and global demand for this technology, we can celebrate a new generation of workers and job growth at Intel's New Mexico manufacturing plant."

Since 1980, Intel has invested $16.3 billion in capital to support its New Mexico operations and currently employs more than 1,800 people at the site. Its annual economic impact in the state is $1.2 billion, based on 2019 data.

Intel is committed to corporate responsibility and addressing community needs. The company purchases renewable energy to meet 100% of its New Mexico electricity use and invests in energy-saving measures. To reach its goal of achieving net positive water use by 2030, Intel has funded two nonprofit-led water restoration projects benefiting New Mexico. Over the past five years, employees volunteered 106,000 hours and Intel and the Intel Foundation donated more than $8.5 million in support of New Mexico schools and nonprofits.

#1
Intel's Ireland foundry is halfway complete, construction on its two Arizona foundries has started and now this. Can't wait for Intel to make the move into the gpu market.
#2
I thought Intel was selling off all of its XPoint memory production.
#3
The place in the picture ... is where Intel wants to take all the remaining water from the all the remaining living organisms?
#4
I thought someone promise to build a wall around it.
#5

1d10tI thought someone promise to build a wall around it.

It never ceases to amaze me. You hear about how much water is used making chips...and then they build the production facilities where there's no water.

Clearly not the issue the media has made it out to be, or there'd be a lot of chips being made in Michigan, Wisconsin, and Minnesota.
#7

NaterIt never ceases to amaze me. You hear about how much water is used making chips...and then they build the production facilities where there's no water.

Clearly not the issue the media has made it out to be, or there'd be a lot of chips being made in Michigan, Wisconsin, and Minnesota.

Either that or money can buy water. Whodathunk it.
#8
no idea why, but when I read New Mexico, this came to mind 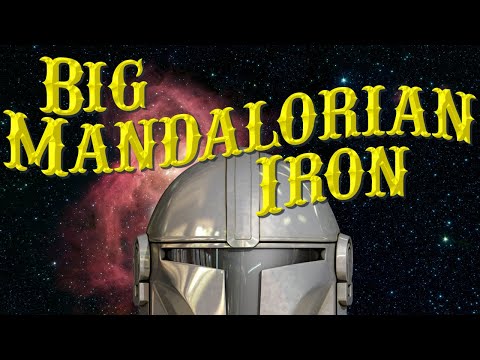