by
Raevenlord
Mar 14th, 2017 06:48 Discuss (15 Comments)
Windows store and its Universal Windows Platform (UWP) apps have received a lukewarm response from users (to put it mildly). That said, Microsoft has been taking strides so as to lend credibility to its app store and increase awareness towards its apps, looking to garner the public's - and therefore, the developers' - attention. However, it's obvious that there is still a long way to go.

Now, Windows is looking to introduce Playable Ads on the Windows store. These aren't quite like what they sound - they aren't "playable" in the gaming sense of the word. What this is, is a renewed way for Windows users to try out the ads that Microsoft relentlessly pushes on its Windows Store, by allowing users to test apps through the Windows Store interface without having to go through the hassle of downloading them, testing them, being left wanting, and uninstalling them. With Playable Ads, users will be able to try out apps in the Windows Store interface, bypassing the need for downloads.

However, users will only have three minutes to pass judgment on whether the app is what they're looking for or not. After three minutes of testing a Playable Ad, users can then elect to buy the app or not, keeping their progress on the real, downloaded version of it. Users don't have to leave the app they're currently in to try Playable Ads - meaning, it will be essentially an app stream inside the Windows Store - and it's possible to quit the Playable Ad at any point - you're not locked in for the full three minutes.

Microsoft really is pulling all the moves on attracting developers to its platform, though - developers won't have any more trouble or coding to do so as to implement the new features. These are automatically handled by Microsoft itself as part of the development interface for UWP. I am reminded of a sweaty, hyped Steve Balmer chanting "Developers, developers, developers", for some reason.

The feature is still in a limited preview, and no timeline on a wider rollout of the feature has been given, but expect it to arrive sooner rather than later.
Source: Blogs.Windows.com

15 Comments on Microsoft Introducing Playable Ads on its Windows Store

#1
I don't think there is anything Microsoft can do that will make me want to use their store.
#2

#3
This is Microsoft eating your Bandwidth 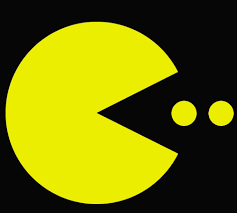 And Shitting Ads on your desktop
#4

#5
On top of that, now you can install free apps without having to log in with MS account.
#6

LMAO :roll::laugh:
#7
I was about to say what gives I've no issues but i caught myself ,it's a none issue issue i have , i don't use Windows store but if i did then presently it ctds every time I open it.
I'd try and fix it but what's the point.
#8
MS is playing push me pull you game.

I completely forgot. Enabling Admin account disables all win10 shit automatically lol.
#11
It doesn't look really good, they have mixed 4 Languages in there, I can do without Norwegian, Malaysian and Japanese there... and the signin box is in English.
I have English and Japanese installed, Not Norwegian.
I live in Norway and Region is set as Norway but Language as English.
WHY SO HARD MICROSOFT!!!! it's the same story in the control panel, start menu - Win7 has no issues...

Prima.VeraWow, so much hate towards MS bullshit store! Sign me up too for some more hatin'

I'm not totally hating Microsoft. They make it so easy with such lowlife, unethical crap like this, the "No updates for 7/8/8.1 on Kaby Lake and Ryzen" and the telemitry/keystroke logging nonsense. Then they try to excuse it away with the "this is business" lines of BS.

Guess what Microsoft. That isn't going to stop us from using an OS we like MUCH better than the crap you're shoveling in the form if Windows 10. This and other moves aimed at forcing people off 7 are just showing us all how childish and pathetic you've become. And doing things like this is scaring people but not to 10. Your unprofessional dick moves are highly motivating people to use what TONS of people are already doing, mobile as a primary platform. And that's not including the people that are shifting to MacOS or Linux. Market share and adoption numbers for both of those platforms has QUADRUPLED in the past two years. Microsoft based OS market share for the world for the FIRST time in 30 years[!] has dropped below half of all computing devices world wide. The most popular OS in the world currently? Android!

Microsoft, you are killing the PC market single handedly with your pathetic antics. You're digging your own grave. Sad, just sad.
#15
^right on
Add your own comment
May 19th, 2022 05:55 EDT change timezone
Sign in / Register